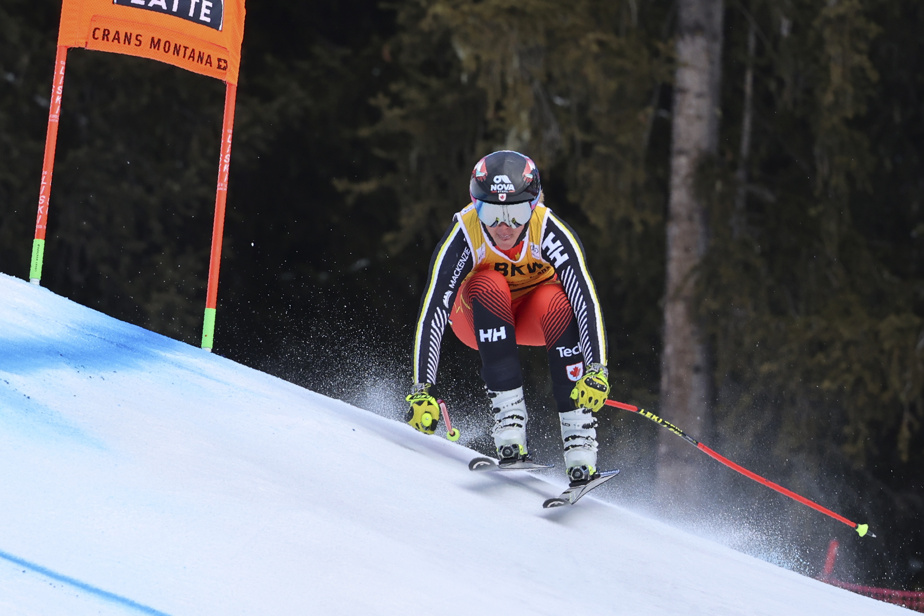 The best skiers in the world were toughly decided on Sunday at the World Cup in Crans Montana, Switzerland. Among them, we find the Canadian Marie-Michèle Gagnon, ranked 11e from the second run of the weekend, 0.37 seconds from the podium and 0.6 seconds from victory.

“The track was super nice, it was cold the day before and all the little bumps have been removed. It was really beautiful from start to finish, everyone could attack. It’s very rare that we are entitled to such tight races, especially on a fairly technically demanding track,” commented the Quebecer in an interview with Sportcom, after a paragliding session at the top of the mountain.

“I attacked as best I could. There are two corners where I fell behind, but no big mistakes. In a race like this, all the little details matter,” she added.

On Saturday, the athlete from Lac-Etchemin had taken the 8e rank on the same track. It was the fifth race where she was among the ten fastest in the downhill this season, including her eighth place finish at the Beijing Olympics.

It continues my story of this year! I’m often in the mix, but just a bit too far. It’s fun to be part of it, but I’m ready to get a medal. I have to keep pushing and find a way to get to the podium.

Marie-Michèle Gagnon does not hide it, she is starting to be eager to climb on the podium. The results have the effect of motivating her for the rest of the season.

“I am constantly close, very constant. I always try to push the limits and cut hundredths of a second into each element. That’s why I do this sport! »

It’s an honor to finish the weekend in the top 10, but now I would like to have a little more!

The Swiss Priska Nufer, who had finished fourth the day before, took advantage of excellent conditions to surprise Crans Montana on Sunday.

She climbed on the top step of the podium at 144e start of his World Cup career. It was his first medal on the circuit.

Nufer was the only one to go under 90 seconds. She clocked 1:29.93 to edge Saturday’s gold medalist, Czech Ester Ledecka, by 11 hundredths of a second.

Italian Sofia Goggia finished third (+0.23 seconds) to claim her eighth podium of the season, fifth in the downhill.

Olympic vice-champion of the discipline, Goggia is currently at the top of the classification of the specialty in the World Cup. She is also third in the overall standings with 851 points, behind American Mikaela Shiffrin and Slovak Petra Vlhova, now tied with 1026 points.

Marie-Michèle Gagnon will join her teammates from the national team in Italy this week for training. She will return to Switzerland for the World Cup in Lenzerheide on Saturday and will take part in the super-G event.

Russian invasion: the incredible courage of the Ukrainians