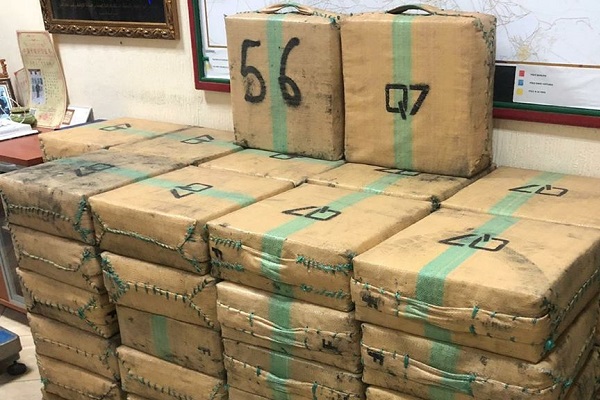 This quantity was seized recently during various operations carried out at the level of the prefecture of Tangier-Assilah and the province of Fahs-Anjra.

The destruction of drugs and psychotropic drugs took place under the supervision of the General Prosecutor’s Office of the Court of First Instance of Tangier and a mixed commission made up of representatives of the Customs Department, the National Security, the Royal Gendarmerie, Civil Protection, public authorities and the Ministry of Health.

The Acting Customs Officer in Tangier, Abdelkabir Moutouaj, in a statement to the press praised the efforts made by elements of the Customs, the Royal Gendarmerie and the National Security in the prefecture of Tangier-Assilah and the province of Fahs-Anjra to seize these large quantities of drugs, in coordination with the authorities and on the basis of precise information provided by the General Directorate of Territorial Surveillance (DGST), making it possible to fight against international drug trafficking.

He also praised the efforts made by all stakeholders to fight against the spread of drugs among young people, thwart criminal networks of money laundering, deal with the use of certain products harmful to health and protect the company.