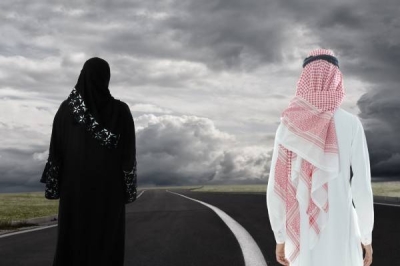 Al-Marsad newspaper: The General Court of Jeddah decided to refer a male and female citizen to the Public Prosecution, for violating the human trafficking system, after the parties to the case proceeded to transfer the sponsorship of a worker from one party to another, in return for a financial consideration paid by the second party to the first party, which the department considered an explicit violation of the law Trafficking in persons.

According to what was stated in the lawsuit and pleading, the claimant of the private right submitted a statement of claim, in which he indicated that he wanted to transfer the sponsorship of one of the workers working under the defendant’s sponsorship in his favor.

To agree to this, the defendant required the payment of 69,000 riyals, as it was indebtedness to the worker during his work with it, and after the approval of the two parties and the issuance of a contract to that, the guarantor proceeded to work for the new sponsor, but he was absent from work after a period of time, and after communicating with him before The new sponsor told him that the defendant had asked him to leave the current workplace and return to his former workplace, as the plaintiff did not pay the rest of the agreed amount, which is the allegation that the defendant admitted, according to Al-Watan newspaper.

While the circuit found that the parties to the contract violated the anti-trafficking law in accordance with its first and second articles, as the defendant’s exploitation of the worker and the defendant’s need and disposing of him in this way is a violation of what the law stipulates, which is what the circuit ended with, to annul the contract in question between parties, and obligating the defendant to return the sums he paid to the plaintiff immediately, and to refer the two parties to the case to the Public Prosecution to take the necessary action regarding the parties’ violation of the anti-trafficking system.