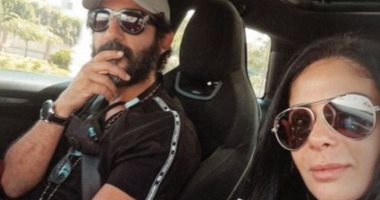 The star Mona Zaki appeared with her husband, the star Ahmed Helmy, in their latest appearance together, in a picture while they were in the car, and Mona explained that they were going to eat breakfast, as the artist shared her fans and followers with the picture through the feature of her account on the “Instagram” website, in which Helmy appeared with a chin. Big in a new look for him, and Mona commented on the picture, “My date for breakfast.”

On the other hand, Mona Zaki revealed – earlier – that she will run the next Ramadan race 2022 in a series whose name has not been settled so far, written by writer Maryam Naoum, where writer Maryam Naoum’s workshop continues to write the first episodes of the series, following the great success of the Newton Game series last Ramadan.

The series is Mona Zaki’s first collaboration in the drama with writer Maryam Naoum, and Zaki is running the next Ramadan race for the second year in a row after the great success she achieved through the series “Newton’s Game”, written and directed by Tamer Mohsen, and produced by Media Hub.

You will tell me Zaki

The makers of the star series, Mona Zaki, settled on director Karim El-Shennawy to take over the task of directing the series, in which Mona Zaki will run in the next Ramadan race, written by the writer Mariam Naoum’s workshop, and produced by Media Hub.

The star Mohamed Henedy also participates in his new movie “The Jeweler”, which discusses in a comic way the crises of marital life, which fall between a married couple, Henedy and Mona Zaki, co-starring Lebleba, Aser Yassin, Ahmed Al-Saadani, Reem Mustafa, Ahmed Halawa, Arefa Abdel-Rasoul and Tara Emad, and the work revolves around In a comic framework, written by Omar Taher, directed by Islam Khairy.