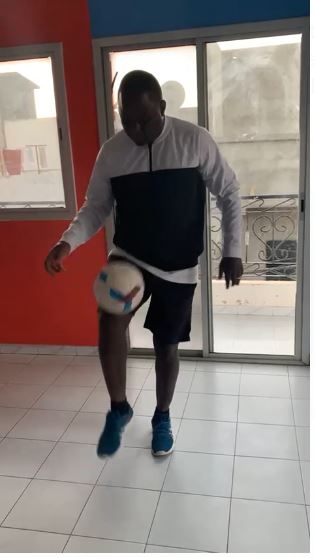 Appointed national secretary in charge of industrial development in the Rewmi last December by Idrissa Seck, Déthié Fall had spat on the post. He had previously been dismissed from his post as vice-president of the Orange Party. His release has since been eagerly awaited to learn more about his political future.
However, Dakaractu is able to tell you that Déthié Fall is in “juggling mode”… Yes, in a video available on the net, the deputy has taken up sport and is kicking the ball around. What did you think?
Déthié Fall is therefore between sport and deep reflection in this period of confinement while awaiting his great release expected of all Senegalese. Don’t we say a healthy mind in a healthy body?