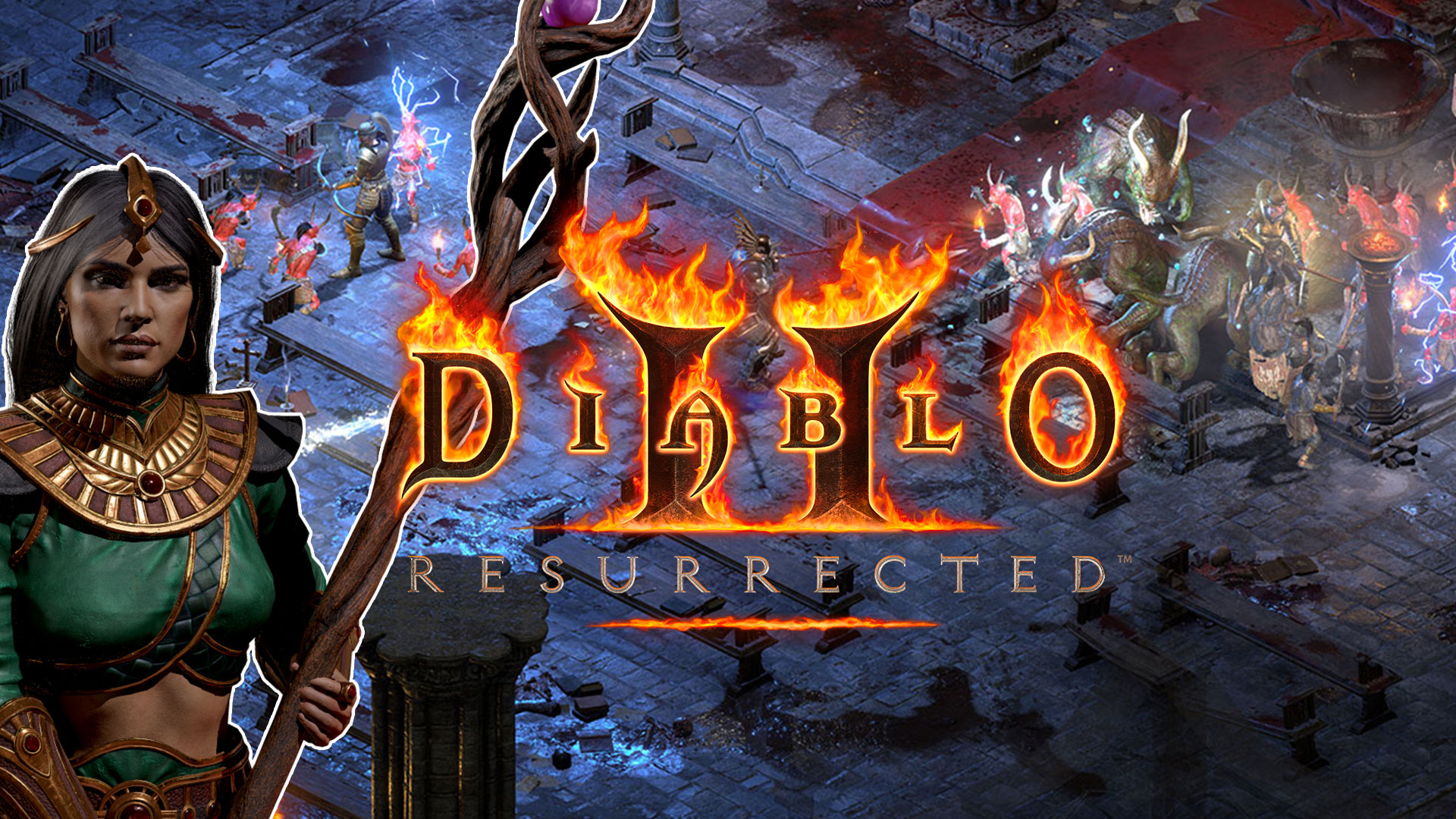 Blizzard put on the BlizzCon2021 officially released the remaster of Diablo 2, “Resurrected”. A release date remains open, but you can already see the game and register for the alpha.

When is the release? Unfortunately, Blizzard did not reveal an exact release date of Diablo 2 Resurrected at BlizzCon 2021. All that is clear is that it will be published “later this year”. So definitely before Diablo 4, which won’t be released in 2021.

For which platforms does it appear?

What’s in the remaster? Diablo 2 Resurrected is about the original Diablo II and the expansion Lord of Destruction, which will be remastered.

Blizzard wants to pick up veterans who want to play the role play classic again in “beautiful” with new graphics. Players who never played Diablo 2 and were averse because of the graphics get the chance to enjoy the gruesome storyline with modern graphics with the remaster.

Difference between remake and remaster
In previous leaks for Diablo 2 there was talk of a remake. But Diablo II: Resurrected is a remaster. Technically speaking, a remaster is based on the framework of the original game. It is optically improved and brings a few optional comfort functions.
A remake, on the other hand, would be a completely new version of the original title.

This is what Blizzard says: While Diablo 2 was based on 2D sprites, Resurrected continues with physically based 3D rendering. Join in:

That improves: Blizzard retains the core elements such as gameplay and systems completely. But there are also a few quality-of-life improvements that the players demanded. These include:

However, if you prefer the old game feel, you can also deactivate features such as automatic gold collecting. The remaster does not offer any new content such as chapters.

What classes are there? You can choose between seven customizable characters.

You can customize all of them with skills and talent builds. Crafting, sockets, completing sets, farming unique weapons and armor and rune words are all part of it.

What’s in it? In Diablo II Resurrected you play acts 1 to 4 from the original part as well as act 5 from Lord of Destruction.

You can play solo or in co-op with up to 8 players. PvP is also possible.

Cross-Progression: You can play the remaster of Diablo 4 on PC, Xbox Series X and S, Xbox One, PlayStation 5, PlayStation 4 and Nintendo Switch. There is also cross-progression. So you keep your characters and saved games when you switch between the platforms in the middle. This requires a link to your Battle.net account on the respective platform. And every platform needs the license for Diablo 2 Resurrected.

Unlike Diablo 3, the PC and console versions do not differ here. You get exactly the same content, menus and balancing changes everywhere. With the switch you have to do without the 4K resolution due to the construction.

You cannot take old saved games from the original Diablo 2 with you into the new game.

What about crossplay? A crossplay function has not yet been confirmed.

Do I have to use the new graphics? No. If you want to immerse yourself in nostalgia, you can switch between the old and modern graphics at any time with the push of a button.

Who is developing this? A few weeks ago announced a Leak already the refreshed version of Diablo 2. It said that the Vicarious Visions team is now developing the game.

They are known for their revisions in recent years, such as the remake of Tony Hawk’s Pro Skater or the “Crash Bandicoot” trilogy. Both are great titles whose remake has been enthusiastically received.

Blizzard has confirmed that the Resurrected version of Diablo 2 will be jointly developed by Blizzard Entertainment and Vicarious Visions.

Already in the year In 2017, it was leaked that Blizzard was working on a new version of Diablo 2.

We’ll include the trailer for Diablo II: Resurrected here:

Test Diablo 2 Remaster as Alpha – This is how you register

You can do that: If you don’t want to wait for the release of Diablo II Resurrected, you can register for a technical alpha on your PC. This is not the finished game, but a kind of test version.

How is it going on Battle.Net? Diablo 2 Resurrected and the “old” Diablo 2 are handled as two different games in Battle.Net.

Pre-order bundle with Diablo 3: If you want, you can pre-order the “Diablo Prime Evil Collection” on your PC. This contains:

How do you like that? Do you think it’s good that Blizzard is bringing this remaster to Diablo 2 or are you not in the mood for the old story in a modern guise? Vote in our survey here on MeinMMO whether you want to buy Diablo 2: Resurrected or not.

Please write us in the comments here what you are looking forward to in the game or why the remaster doesn’t hit your nerve at all.

Sasha Calle, Colombian actress who will be Supergirl in Flash movie