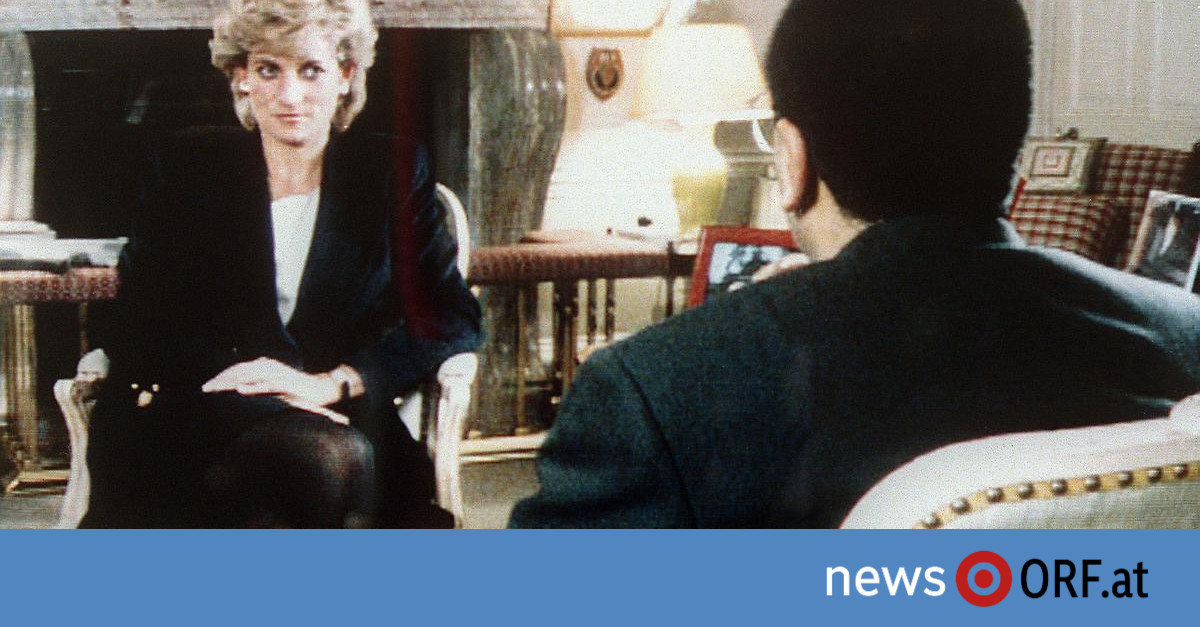 It was about their marriage, their health and the social fabric of the British royal family. The interview with the now deceased Princess Diana, which the BBC aired on November 20, 1995, dominated the headlines for weeks away from the British Isles.

The BBC is therefore under pressure today. The interview from that time is being examined. According to the broadcaster on Wednesday, the question is whether the then relatively unknown interviewer Martin Bashir moved the princess to the conversation with the help of forged documents. A former Supreme Court judge will lead the independent investigation.

Outrage in the palace

In the television interview in November 1995 Diana Charles’ current wife Camilla indirectly blamed for the failure of the marriage: “There were three of us in this marriage,” the princess explained to a surprised audience. She also said she was unfaithful herself. “I don’t want a divorce,” Diana said in the BBC interview on November 20, 1995. But she wanted clarity. “I’m waiting for my husband’s decision on the path we should take.”

BBC promises “to get to the truth” about how Princess Diana interview was secured 25 years ago as it announces terms of independent investigation https://t.co/XWM1mDG9pm

Diana also spoke about the fact that heir to the throne Charles was probably not suitable for the “top job” – being king. The Queen was then reportedly outraged that her daughter-in-law questioned Charles’s suitability. Diana’s secretly arranged television appearance was seen as a breach of trust in the royal family.

The broadcast was followed by a record 22.8 million viewers. Decades later, Diana’s brother, Charles Spencer, calls for an investigation into how the conversation came about. He claims that Bashir presented him with forged documents at the time in order to persuade his sister to do the interview. The documents are said to be forged bank statements, according to which two employees at the court were paid to spy on Diana.

In addition to Bashir’s actions, the investigation also deals with the question of whether the public broadcaster protected the journalist. Bashir was little known at the time of the interview, but later made an international career. The journalist himself has not yet responded to the allegations. According to the BBC, he is seriously ill after a coronavirus infection.

The BBC wants to examine, but also defended itself against the allegations. The station presented a handwritten note from Diana at the weekend. The princess stated that forged documents did not play a role in their decision to give the broadcaster an interview, it said. However, the broadcaster did not publish any photos or copies of the note.

The interview itself had a major impact on the Royal Family. A month later, it was announced that the Queen was in favor of a speedy divorce for the couple. Charles agreed and had his spokesman explain: “The prince has no intention of remarrying.” Despite the assurances, he later got married to Camilla. Today the couple is held in high regard by many British people. Princess Diana died less than two years after the interview followed by paparazzi in a car accident with her then partner Dodi Al Fayed in Paris.