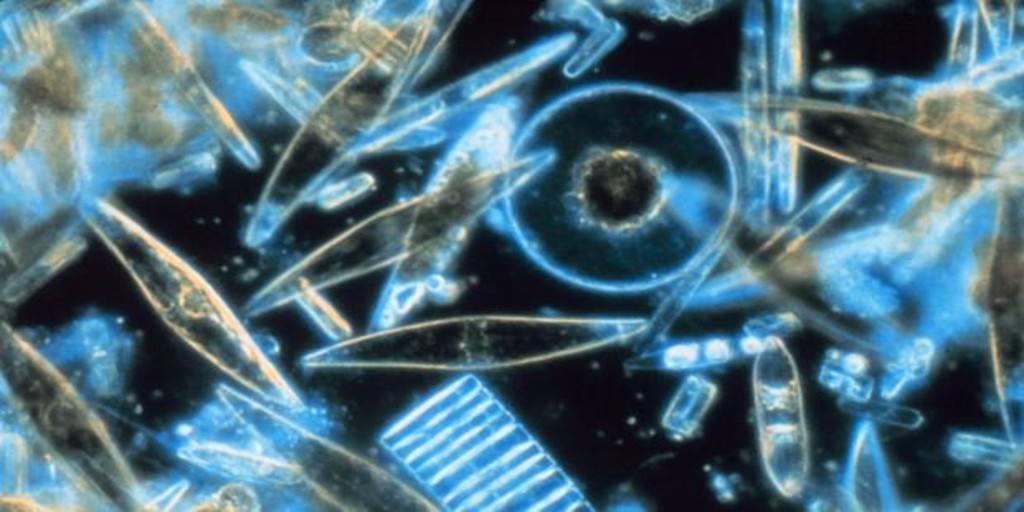 It may seem obvious that a person found in the water has died from drowning. However, as Sherlock Holmes would say, nothing is more misleading than an obvious fact. This is precisely where forensic science, an exciting field of biology, has a lot to say, especially when it is possible to make use of microscopic vestiges to which the perpetrator of the crime is unaware. One of these biological traces is diatoms. If we pay attention to the Dictionary of the Royal Spanish Academy, a diatom is a unicellular alga that lives in the sea, in fresh water or in humid land, and that has a shell formed by silica (hydrated silica dioxide) and an inner layer of pectin. The outer covers are called frustules and are usually made up of two valves of unequal size that are arranged like a box. They are currently included in the protoctist kingdom and it is estimated that there are between twenty thousand and two million species on our planet. Its size ranges between twenty and two hundred microns. When the algae die, all the organic content is destroyed, except for the silica skeleton, which is deposited at the bottom of the water, there it forms, after several centuries, large deposits of fossilized algae known as “diatomaceous earth”. These deposits fulfill a double function, on the one hand, they are excellent natural insecticides, on the other, they have an enormous wealth in minerals and trace elements. At an industrial level, they have many uses, from swimming pools to nutritional supplements for livestock, through exfoliating creams, anti-slip paints or the manufacture of dynamite. Diving Murder Diagnosis Coroners are really interested in its value as a bioindicator. This is because these microorganisms are not altered or destroyed by cadaveric phenomena and they persist in the body for a very long time. The diagnosis of death by submersion – wet drowning – is based on etiological, anatomical and biological data, among which diatoms play a crucial role. Diatoms are inhaled when water enters the body, after reactive hyperventilation, and during agonic inspiratory movements. The fragments pass into the general circulation through the rupture that occurs in the alveolar walls of the lung and from there they reach the liver, brain, kidneys and bone marrow, where they can be found despite the fact that the body is in an advanced state of decomposition. However, in those cases in which the corpse was thrown into the water, the diatoms only passively deposit in the respiratory system and do not reach any other organ. The B-side of the “diatom test” Despite its many advantages, forensic botany also has its limitations. On the one hand, there are the false negatives, since the absence of diatoms in the study of the corpse does not inevitably exclude death by submersion. In addition, and this is important, it is necessary to collect a sample of the water where the corpse was found immediately, because the algae travel with the current and if the sample is taken late, diatoms could be found that moved from another place . And, like the rest of criminal investigators, forensic botanists must preserve and document their evidence very carefully to ensure that their interpretations are valid. If logical deduction runs its course, in the end it will be possible to say “elementary, dear Watson.” M. Jara Pedro Gargantilla is an internist at the Hospital de El Escorial (Madrid) and author of several popular books. .