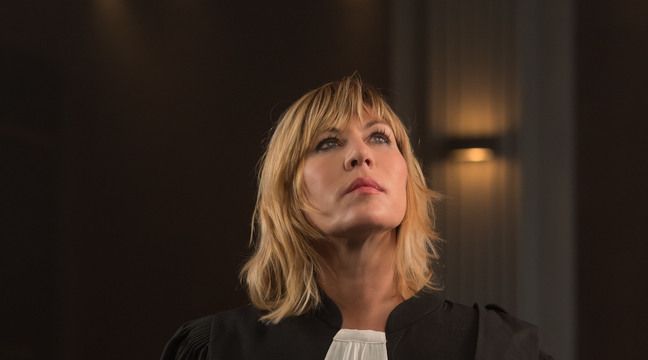 TF1 offers this Thursday evening the first two episodes out of six ofsuch a long night, the story of Sami (Sayyid El Alami), a student from Marseille, who, after meeting the mysterious Gloria and a restless night, wakes up next to the bloodied body of the young woman. He doesn’t remember anything, but everything accuses him and he is arrested. For the cop Jeff (Jean-Pierre Darroussin), there is no doubt that Sami is guilty. But not for lawyer Isabelle (
Mathilde Seigner) who decides to come to his defense. A new series and an original creation of the channel. Finally, not so new, nor original. Indeed, as Red Wristbands, Unfaithful, Unsuspected Where Sam (the list is too long), such a long night is an adaptation, and even a remake of remakes.

A British series and an American series

Originally there is the British series Criminal Justice, the first season of which was broadcast in 2008 on the BBC and followed the ordeal of the character over five episodes, then played by Ben Whishaw, the Q of the last James Bonds. Eight years later, screenwriter Richard Price (The Wire) and writer-director Steven Zaillan (Schindler’s List, Gangs of New York) decide to adapt the story for HBO in The Night Of, with James Gandolfini in the role of the lawyer. Unfortunately, he died shortly after, and Robert De Niro had to replace him, but due to a scheduling problem, it was finally John Turturro. Another change and genius casting:
Rice Ahmad plays Nasir Khan, still a student, no longer Anglo-Saxon but American-Pakistani. He will win the Emmy Award for best actor in a mini-series, to which are added four other awards for the series.

Just by its title, such a long night is positioned more as a remake of The Night of what of Criminal Justice. The series keeps and adapts for example, and fortunately, the origins of Sami, here a North African student, which reinforces the social commentary and reveals in passing an actor, the young Sayyid El Alami, already seen in the film Zombi Child and the series Messiah. She also looks, like the original, straight in the eye at the judicial and prison system, a veritable infernal machine. On the other hand, the same cannot be said for the staging and the atmosphere, which are less intense.

As for the replacement of the lawyer by a lawyer, and John Turturro by Mathilde Seigner, the idea is original on paper, and the promise of another dynamic, but the result proves to be counter-productive on screen, with a less complex, more caricatural character. Finally, as often with adaptations, everything will depend on whether or not you have seen The Night Of. Hint: the series is available on OCS and on DVD/Blu-ray.

Scaloni made a new summons after Correa’s injury: a footballer who has not been in the National Team since the 2018 World Cup will return