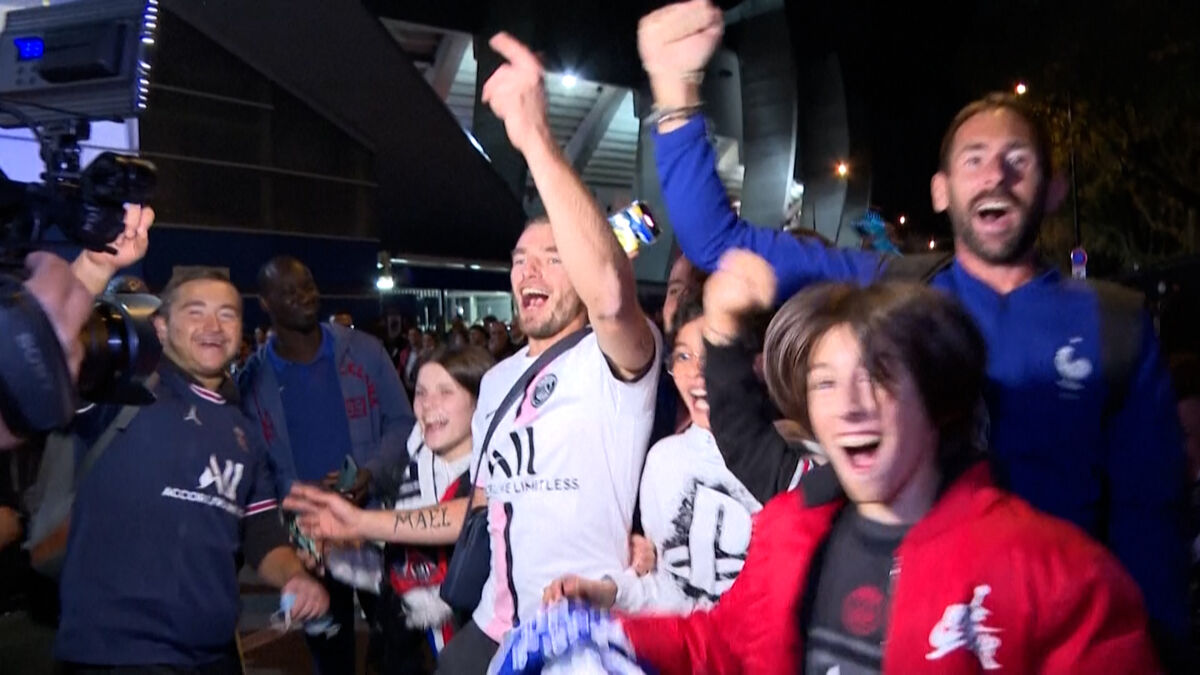 Parisian supporters have been waiting for almost two years to return to the Park to experience a Champions League match. The last time was on December 11, 2019 in the landslide 5-0 victory over Galatasaray. Everyone dreamed of a big party, of an unforgettable evening where Paris would win by taking the best of Manchester City, the team that had left him at the gates of the final a few months ago. Mission accomplished, 2-0 after a match played with guts on Tuesday, with the added bonus of Lionel Messi’s first goal in the Parisian colors.

In the 74th minute, the Argentinian capsized the stadium by beating Ederson from the left, after a good combination with Mbappé at the entrance to the surface. A deliverance for Benoît and his friends, breathless, who did not hide their joy at the exit of the stadium. “We no longer have a voice, that’s great. It’s party time, we were waiting for Messi’s goal and, what we’re experiencing now, it’s just great. We were like crazy when he scored, but even more than Messi, we saw a team on Tuesday night. “

“I will remember it all my life”

“We were a long way from Messi’s goal, but it’s nice that he scores,” says Bertrand, a supporter who came with his family and who traveled to Manchester last season. The whole stadium chanted his name like at Camp Nou. We participated in this collective madness, it was incredible. “Alex, subscribed to the turn for several years, said” a little stressed before the match “. “At the end, when Mahrez takes the free kick, it brought back bad memories,” he said. But everything went well and, on arrival, we are happy. On Messi’s goal, it is the explosion of joy. I didn’t have my phone, I lived it and will remember it all my life. Thank you to the Auteuil tribune for the atmosphere they bring to the Park. It’s been two years that we waited for this, the return of the Champions League with the public at the Park, it feels good. I would have liked to party longer and have a drink there, but I’m not going to hang around because I’m working tomorrow, ”confesses this relentless PSG.

VIDEO. “It’s been 20 years that we saw him score against us”: Pochettino happy to celebrate Messi’s first goal with Paris

Laury, cap of the club of the capital screwed on the head, and his companion Mika had the smile from ear to ear when leaving the Parc des Princes. They too will not forget the goal signed by Messi. “It was wonderful,” says Laury. We saw his first goal with Paris! I’m so happy, she’s crazy. You saw how he scored, he had to do it then, and he did. This is what was expected of him. “Rachid, he saw” a real team match, cohesion. “” It was an exceptional match with an incredible atmosphere, as we have rarely seen at the Park, it is as if there was a wind of freedom on the stadium. It is a revival after all that we have known lately, with the virus and the closed doors. The regulars at the Park had missed European evenings like this so much. This Tuesday evening, it ends with stars in your eyes.