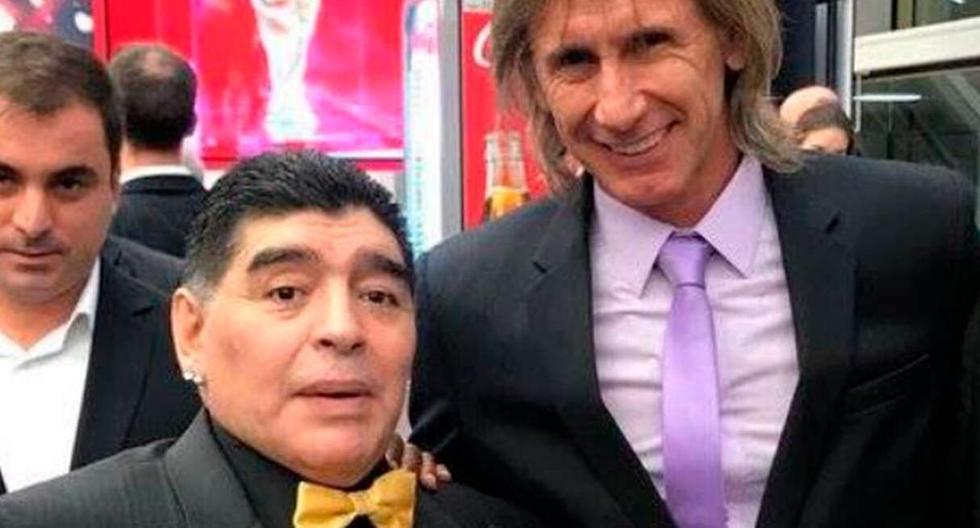 Ricardo Gareca will keep the best memories of the time you lived with Diego Maradona at Boca Juniors. The Peruvian team coach had the privilege of sharing with the ‘Diez’, who died last Wednesday, November 25.

The death of ‘Pelusa’ has been news that impacted Argentina and the entire planet. The coach of La Blanquirroja was not oblivious to the event and assured that he will have with him the good moments that he had to experience with the world champion.

“I shared with him not only on the field of play, the dressing room and concentration. It is something that one feels it. These are difficult days, but I have great affection and respect for him. I want to remember it that way, “said the Argentine strategist in statements to TV Peru.

Right away, Gareca evoked the meeting during the draw of the previous World Cup. Even, by coincidences of life and football, Maradona he held the ball of the national team in his hands.

“I had the privilege of being able to share with him. He was a person that I loved very much. In Russia it was the last time I got to see him. He took the ball out of the group (of the World Cup). I reiterate that I have great memories and affection for him ”, added the ‘Tigre’ or the ‘Flaco’, as Diego used to say.

When the Albiceleste lived moments of uncertainty under the command of Lionel Scaloni, Diego Maradona He expressed his opinion on the professional who should occupy the position of coach. Then, the star thought of his former teammate in Boca Juniors.

“If you give me a choice, I choose the ‘Skinny’ Gareca. He has the personality to lead the team. He is my favorite ”, commented the ‘Pelusa’ in an interview with the defunct Fox Sports Radio program in March of last year.