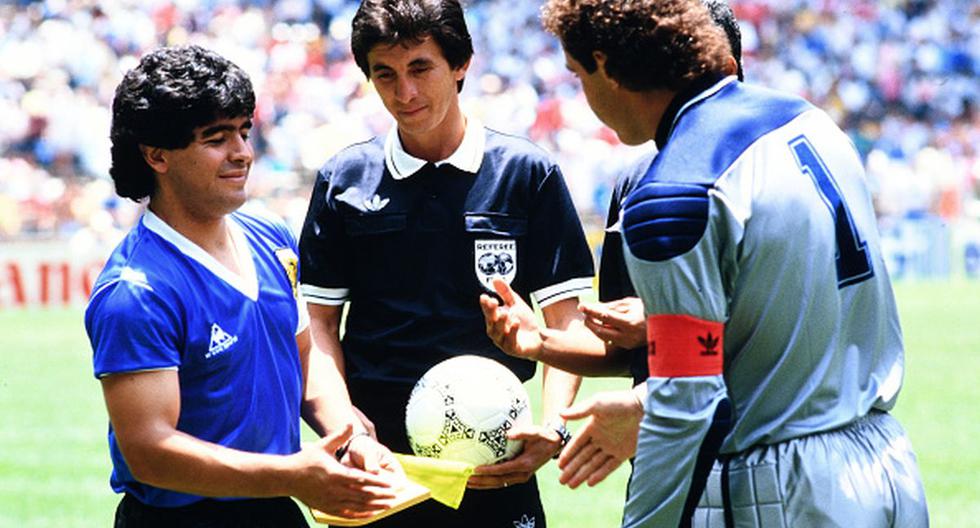 The shirt worn by Diego Maradona against England at the 1986 World Cup in Mexico could be available for $ 2 million after the Argentine’s death on Wednesday, according to an American sports memorabilia expert.

The shirt is owned by former England national team player Steve Hodge, who obtained it from Maradona after the game in which the Argentine scored the controversial “Hand of God” and a great goal after eluding several rivals from the middle of the field.

“I was walking through the tunnel and Maradona was coming from the opposite direction. We just … changed right there, ”said Hodge, who was late leaving the field because of a television interview.

The jersey is currently on display at the National Football Museum of England in Manchester.

Maradona won a World Cup in his career. (Getty)

“It is very difficult to measure (the value) of the shirt … but I know the owner is looking for a private sale of $ 2 million,” David Amerman of Goldin Auction in New Jersey told Reuters. “It could certainly be a possibility, the values ​​have gone up quite a bit in football.”

The Amerman firm is currently involved in another auction together with Sotheby’s called “A Century of Champions,” featuring a Jules Rimet trophy that was presented to Pelé by FIFA after he won his third World Cup with Brazil in 1970.

The trophy is expected to sell for up to $ 800,000, a sum that could look small if Hodge finds a buyer for Maradona’s jersey or puts it up for auction, although the 58-year-old former midfielder may not reach his price target.

“It looks very difficult for it to come to the price of two million dollars, but I don’t see why a person who has the money wouldn’t want something like that (…) If you find the right person in the right place, it’s a realistic possibility ”Amerman explained.