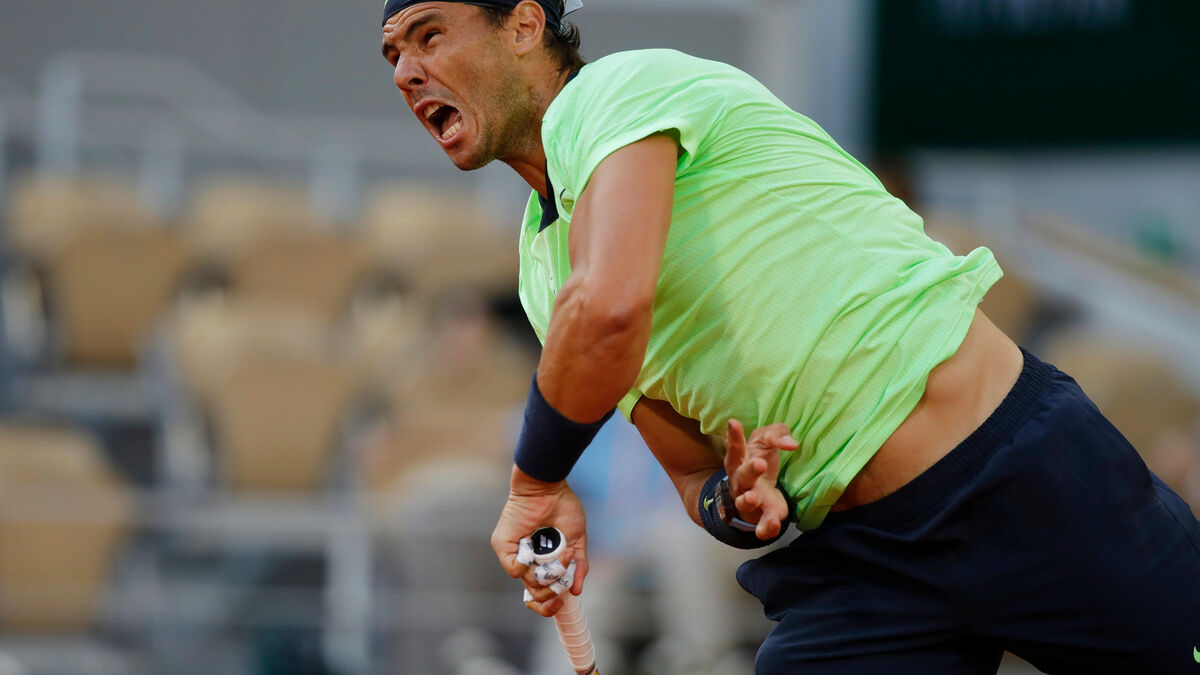 0-4. DOUBLE BREAK NADAL. Huge on the return, the Spaniard seizes the opposing service for a second time, on his first attempt.

0-3. Two Nadal break points (15-40). The Serb misses too many first balls and exposes himself to powerful returns from Nadal.

0-3. Two forehand fouls and Novak Djokovic found himself under pressure on his service. 0-30, be careful …

0-3. Nadal shutout. Fewer complications for the Spaniard on duty, who is doing everything in control thanks to a well-tuned forehand. 3-0 Nadal.

0-2. BREAK NADAL. A new slap in the forehand long line then a new net fight won allow Nadal to break at his first opportunity. 2-0 in 17 minutes. It’s hot !

0-1. New game, same problem for the server. Thanks to a forehand slap and a nice damping read, Nadal comes back to 40-40. This game has been going on for 5 minutes.

0-1. Far from what he showed in the final last year, Djokovic tries to deprive Nadal of time by taking the ball early. It works: 40-15 for the Serbian.

0-1. 10 minutes later, Nadal finally won the first game of the match on a direct foul by Djokovic. What a start to the game … 1-0 Nadal, Djokovic missed two break points.

0-0. Which point ! Yet lobed by Djokovic, Nadal tears his back to the net and returns the ball to the baseline. Djokovic then tries a smash from afar, but it is too long.

0-0. Succession of ties in this first 8-minute game. The tension is already present, on the court as in the stands.

0-0. Nadal resists. After a first break point saved with an ace, the Manacor bull comes back with a huge first ball. 40-40 always.

0-0. Break ball Djokovic! A winning setback by the Serbian and a direct foul by the Spaniard give Djokovic an entry opportunity.

0-0. The meeting starts on very high bases. After a first point won by Djokovic, Nadal found a winning serve and then won a magnificent point at the net, despite a superb reflex volley from the world n ° 1.

19h09. Above all, this meeting is of particular importance in the race for records. Nadal is aiming for a 14th coronation at Roland Garros, a 21st in the Grand Slam. Djokovic is looking for a 19th trophy.

19h08. Rafael Nadal, world number 3, suffered only in the quarter-finals. Against Diego Schwartzman, the Spaniard qualified in 4 rounds. Before that, he had eliminated Alexei Popyrin, Richard Gasquet, Cameron Norrie and Jannik Sinner in 3 sets.

19h05. As the players warm up, let’s take a look back at the two players’ journey so far. The world number 1, Novak Djokovic, had three easy first laps, won in 3 heats against Tennys Sandgren, Pablo Cuevas and Ricardas Berankis. His round of 16, against Lorenzo Musetti, was on the other hand very complicated, since the Djoker was led 2 innings to 0 before coming back. Finally, the Serbian dismissed Matteo Berrettini in 4 sets, in pain (and with an attitude that made people talk). Important to note, Novak Djokovic was whistled by part of the audience when he entered the court.

18h55. The statistical assessment of this clash allows us to realize the importance of the meeting. After 57 games, Djokovic leads 29 victories to 28. But Nadal remains on two successes in a row against the Serbian: the final of Roland-Garros 2020 and the final of the Masters of Rome, less than a month ago.

18h50. Tsitsipas’s interview has ended. In 10 minutes, Novak Djokovic and Rafael Nadal will enter the court. This will be the 4th semi-final here between the two men. The first three were won by Rafael Nadal.

18h45. While Stefanos Tsitsipas answers questions from Marion Bartoli, the 5,000 spectators of the Philippe-Chatrier court would like things to speed up. The Paris prefecture still refuses to grant an exemption to avoid the 11 p.m. curfew.

18h40. Scheduled from 5.30 p.m., the poster for the day was more than an hour late: a sensational match has just ended on center court. After 3h37 of combat, Stefanos Tsitsipas triumphed over Alexander Zverev in 5 innings. Novak Djokovic and Rafael Nadal now have the field open.

18h35. Hello everyone and welcome to our site to follow live the second semi-final of Roland-Garros 2021, between Novak Djokovic and Rafael Nadal. The shock will begin in a few minutes on the Philippe-Chatrier court.