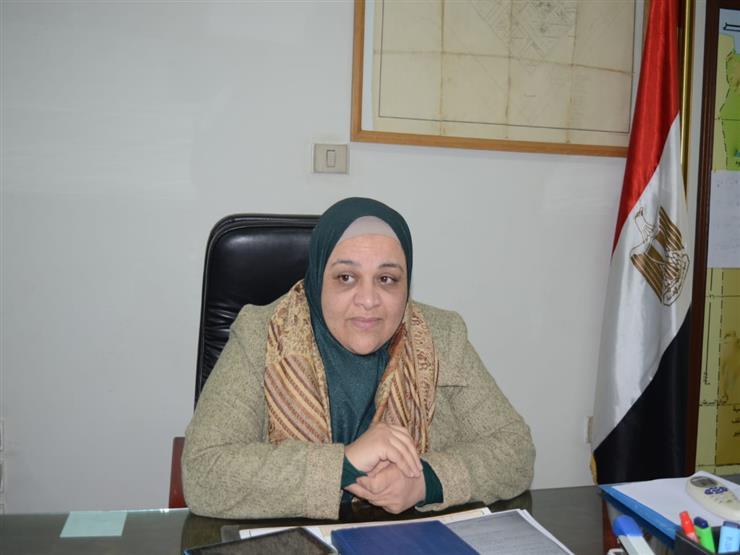 • Most addiction patients have psychological symptoms and any changes in the person’s daily mood require psychological counseling
Alcohol and cannabis cause Alzheimer’s and depression … and “strox” leads to epilepsy, schizophrenia and affective disorder
Social networking sites negatively affected the mental health of adolescents and young adults during the “pandemic” years.
Menen Abdel Maksoud, Director of the General Secretariat for Mental Health at the Ministry of Health and Population, revealed that Egypt is in the process of joining developed countries in providing opioid replacement therapy services to help quit addiction, noting that there is a relationship between addiction and mental illness, stressing the state’s interest in mental health, in particular. with children in schools.

Abdel Maksoud said in an interview with Al-Shorouk that there is a new initiative that includes all aspects of mental health, whether public health, addiction patients, or autism patients, as specialized centers have been prepared for patients..and to the text of the interview:

So far, we have 23 hospitals nationwide affiliated to the General Secretariat for Mental Health, in 16 governorates, including only one hospital that is technically supervised only by the Secretariat, and all hospitals provide their services for free.

Mental health hospitals treat addiction and the problems of children, adolescents, the elderly and women, as the secretariat’s services cover all age and sexual segments of the Egyptian people, and there are addiction treatment programs, and Egypt is in the process of joining developed countries in providing opioid substitution therapy service, to help patients who have difficulty getting rid of addiction Where we resort to modern alternatives to rid him of addiction.

Addiction causes mental illnesses, for example, addiction to alcohol and cannabis causes Alzheimer’s disease, depression, and synthetic drugs such as astrox and other pills cause epilepsy, problems with consciousness, schizophrenia, and emotional disorder.

Anyone who has long-term changes must resort to counseling, and we provide remote counseling, instead of the person attending the hospital himself, although the service in hospitals is free, to encourage citizens to communicate with psychological treatment services, as Providing the service of calling (16328) or entering the electronic platform for mental health and requesting a treatment session via video, and an appointment to meet a doctor is scheduled through the video feature.

Most addicted patients have accompanying psychological symptoms, as many psychiatric patients, unaware of their mental illness, resort to taking certain medications through the nomination of friends or relatives, or through the pharmacist, to overcome this disease, which is called self-treatment. Treatment is not under the supervision of a physician. Substance abuse occurs, and these people often appear to have certain problems in their lives.

Parents should notice the changes that occur in their children, in the event that there is a change in the character of the person from the warning signs of mental illness, and this change in terms of the rate of eating or sleeping, or his mixing with the surrounding people, and the lack of his ability to study if he is a student, or the inability to study Focus when there is work.

There is a law that regulates this matter, which is the Psychiatric Patient Care Law No. 71 of 2009, and Egypt is considered one of the oldest countries in setting a law for the care of the mentally ill. It is compulsory treatment, because the patient has become a danger to himself and others.

Yes, there is a clear keenness on the part of citizens recently to know about their mental illnesses, especially in the category of young people who are keen to aspire to know and understand themselves, unlike citizens in past years who considered mental illness a stigma for its owner.

The change in citizen behavior in terms of understanding and accepting mental illness in the recent period came as a result of awareness campaigns launched by the state for mental health, as well as bringing services closer to citizens.

Yes, it had a great impact on these groups, especially during the years of the spread of the Corona pandemic, as many citizens resorted to communicating through written conversations on applications on the phone, and using symbols to express feelings, or isolation and distancing from family and being content with mobile phones and laptops, and from here The idea of ​​the electronic platform came to reach these groups of citizens, and we monitored the emergence of symptoms such as anxiety and stress.

With regard to resorting to treatment through the electronic platform, women are more in contact with requests for treatment and psychological counseling.

We contacted the Ministry of Education more than once to adopt projects related to mental health in schools, and there was not enough response, so we coordinated with a British university, and we established “School Mental Health” since 2017, to educate all school workers, including teachers, administrators, and workers, To detect mental illness and treat it or refer it to one of the centers affiliated with the program.

We currently have 5 centers in only 5 governorates, namely Cairo with a center in Obour, Minya with a center in Mallawi, and in Port Said and Aswan governorates, and in Alexandria I started working differently in the faculties from which teachers graduate to train them in a previous way to monitor the disease.

The phenomenon of bullying is increasing rapidly, not only in Egypt, but all over the world, and we try to convince parents and children at school that the bully is the mental patient and not the other way around, because the bullied child is often subjected to violence that leads to this behavior.

Hyperactivity and attention deficit are among the most common phenomena in schools, along with anxiety and depression that have recently appeared in children.

“Someone encouraged Argentina in front of Saudi Arabia,” a cafe in Egypt publishes the names of those who are banned from entering the coffee because of their behavior and sports inclinations