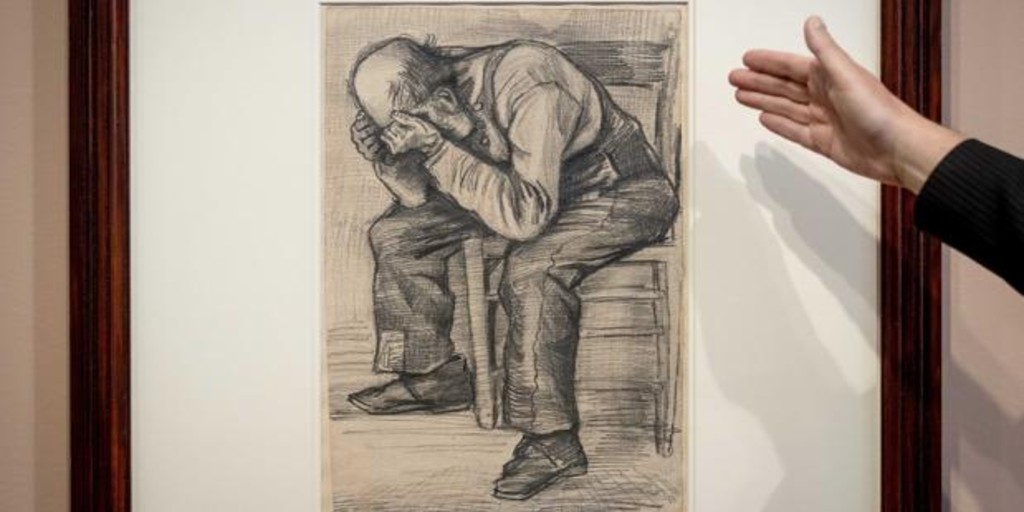 The
Van Gogh Museum in Amsterdam has discovered a hitherto unknown work of the Dutch painter, a preliminary study for one of his best-known drawings, ‘
Worn out‘(‘ Worn out ‘), which he made in 1882 during his stay in the city of The Hague.

«As a center of knowledge of the work of Vincent van Gogh and his contemporaries, we are delighted with this discovery and very happy to have made a contribution to our field of expertise ”, stressed Emilie Gordenker, director of the museum, before recalling that «It is quite rare» to find a new work by Van Gogh.

Van Gogh drew an exhausted man, sitting in a simple chair, his head in his hands. The pattern of the drawing appears frequently in the artist’s work. According
point to the museum, Van Gogh drew this bald old man more than forty times. «With these drawings, Van Gogh not only showed his sympathy, but also drew attention to the weakest of society, who in his opinion were not inferior to the well-to-do bourgeoisie, “he says in a note.

In letters to his brother Theo and to his friend Anthon van Rappard, Van Gogh described in detail how this drawing came about. In his letter to his brother he told him that he had made two drawings of “an old man with his elbows on his knees and his head in his hands” and that he was thinking of turning it into a lithograph. In the one he wrote to his fellow artist, he also told him that he planned to make a lithograph of the subject. He made it days later, in November 1882, and titled it ‘At the door of eternity’. The finding of this sketch, “no less impressive” than the final drawing, provides “a special insight” into the work process of the work.

The owner of the work, who wishes to remain anonymous, asked the Van Gogh Museum to investigate whether the drawing was actually made by the artist. “Stylistically, it fits effortlessly among the many figure studies that we know of Van Gogh from his time in The Hague, and the link to ‘Worn Out’ is obvious‘Says Teio Meedendorp, the museum’s principal investigator.

According to this expert, the expressive style characteristic of the artist is observed in the elaboration of the drawing “not refined, but with energetic scratches and strokes, starting the contours, in search of a concise representation, with attention to the effects of chiaroscuro”.

The sketch also shows the same materials that one would expect from a Van Gogh drawing from this period. He used the thick carpenter’s pencil to draw on a thick watercolor paper and then fixed it with a mixture of water and milk. The back of the drawing is damaged at the corners. This detail may be related, in Meedendorp’s opinion, to the way Van Gogh placed the sheet of paper on his drawing board, with starch.

The new work discovered will be exhibited at the Van Gogh Museum in Amsterdam from tomorrow until January 2, 2022, along with other works by the artist from the same period, including the ‘Desgastado’ drawing, all from the center’s permanent collection.