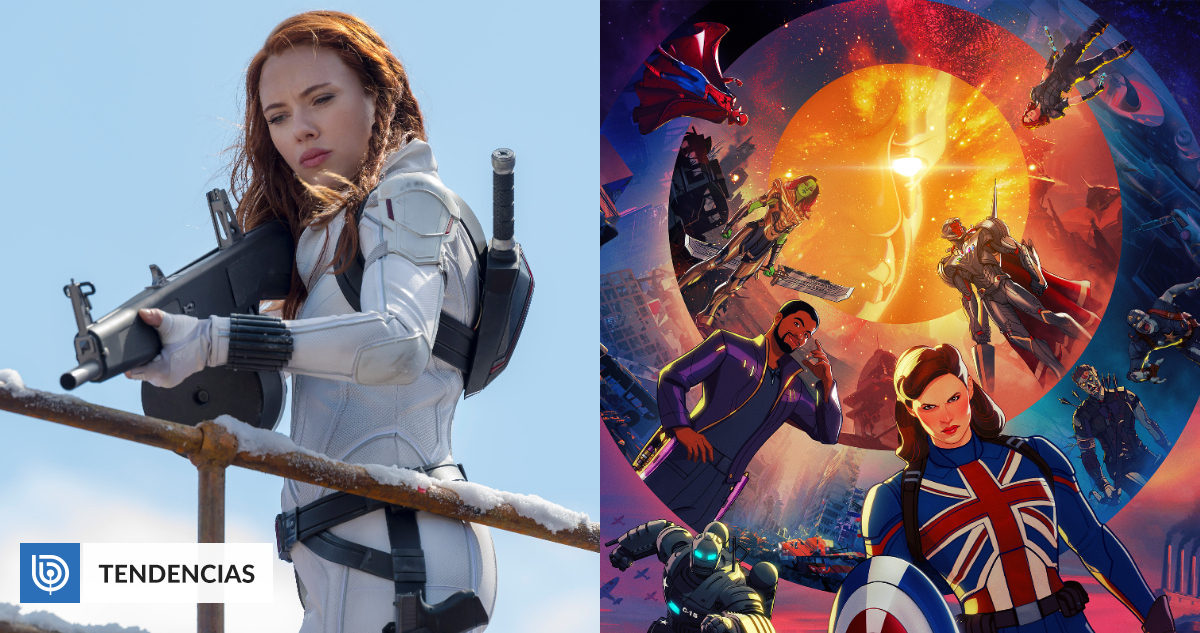 The streaming service Disney+ has announced this Monday the premieres that will arrive on its platform in August in Latin America.

Marvel leads the news in Disney+, with the launch of his new animated series, What If…?, and the arrival of Black Widow free for subscribers (currently it can be seen when paying an additional cost).

Other top premieres include family and children’s content, as well as new episodes of series in development. Below you can see the full list.

Natasha Romanoff, also known as Black Widow, faces the darkest of her pending accounts, when a dangerous conspiracy emerges that has ties to her past. Pursued by a force that will stop at nothing to bring her down, Natasha must deal with her history as a spy and the broken relationships she left in her wake long before she became part of the Avengers.

What if…? puts a big twist on the Marvel Cinematic Universe (MCU) by reimagining events from the movies in unexpected ways. Creating a multiverse of infinite possibilities, What If…? has the participation of different characters from the MCU such as Peggy Carter, T’Challa, Doctor Strange, Killmonger, Thor, among others. The first animated series from Marvel Studios, directed by Bryan Andrews and Ashley Bradley as the main screenwriter.

Heartwarming stories that follow the development of baby animals on the magical journey from the mysteries of the womb to the challenges of nature.

If you could tell a story with the talented team of artists at Walt Disney Animation Studios, what would you do? Welcome to Short Circuit, an experimental and innovative program in which anyone in the studio can submit an idea and be selected to create their own short film.

The second season of Diary of a future president is the continuation of the story of the adventures of the first year of high school of a future leader. Narrated through the diary of Elena, a 13-year-old Cuban-American girl, this family comedy portrays her experiences during the ups and downs of high school that lead her to become the president of the United States.

Star Wars:The Bad Batch follows the elite experimental clones of The Bad Batch (first appearing in Star Wars: The Clone Wars) as they make their way through a rapidly changing galaxy in the immediate aftermath of the Clone Wars. The members of The Big Batch — a special band of clones with genetic variations from their brothers in the Clone Army — each with a unique and exceptional ability that makes them extraordinarily efficient soldiers who form a formidable squad.

Find out how The Mandalorian season 2 was made through insightful interviews and videos that immerse you on the film set. Get a close look at how all eight episodes of the season were created as the directors catapult the acclaimed series to the top with increasingly thrilling episodes.

As the Marvel Cinematic Universe continues to expand, LEGENDS from Marvel Studios celebrates and explains what came before. We re-explore the heroes, villains, and epic moments from across the MCU in preparation for the stories to come that everyone awaits with great anticipation. Each dynamic segment takes us directly to the series that will premiere on Disney +, setting the stage for future events. LEGENDS of Marvel Studios weaves together the multiple strands that make up the incredible Marvel Cinematic Universe.

The plot of MONSTERS AT WORK begins the day after the Monsters, Incorporated power plant began harvesting the laughter of children to fuel the city of Monsterpolis, thanks to Mike and Sulley who discovered that laughter generates ten times more energy than the screams of terror.

The series tells the story of Tylor Tuskmon, an enthusiastic young monster who graduated with top grades from Monsters University and always dreamed of becoming a scary monster until he gets a job at Monsters, Incorporated and discovers that he is no longer scared of children but makes them laugh. After Tylor is temporarily reassigned to the Monsters Inc. facility team, he must work alongside a group of misfit mechanics with the firm intention of becoming a prankster monster.

The life of the young and structured policeman Scott Turner is completely altered when he inherits Hooch, a slobbery and chaotic dog. His new pet is insufferable, but over time, he turns out to be a good partner in helping Scott catch criminals, find love, and even solve the mystery of his father’s latest case.

Follow the story of two little troublemakers trying to live the good life in a big city park while going on huge adventures. Disney’s beloved squirrels, nervous Chip – who is always worrying – and laid-back dreamy Dale make a perfect mismatch. They are best friends and they go crazy with each other!

The Wonderful World of Mickey is a collection of animated shorts that follow Mickey Mouse, Goofy, Donald and the rest of their friends on great adventures, facing the obstacles and difficulties of a crazy world where the magic of Disney makes the impossible possible. The seven-minute shorts feature humorous elements, modern settings, new music, special features by classic characters, and stories inspired by the different lands of Disney parks, all in the unmistakable style of Mickey’s shorts.