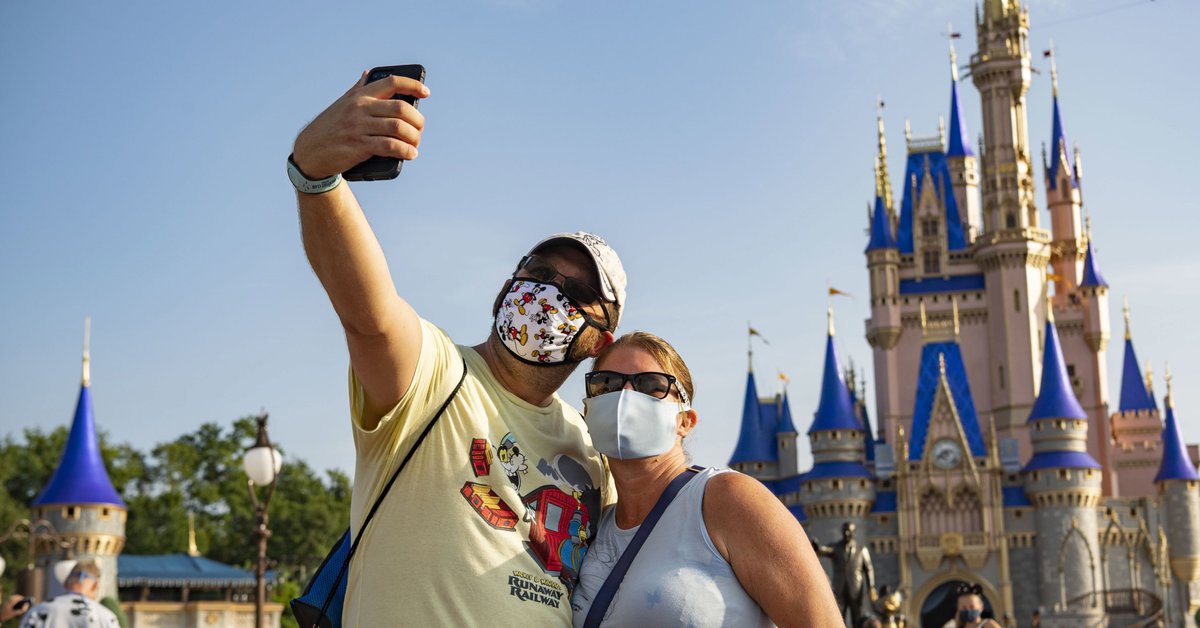 Walt Disney World Resort will celebrate its 50th birthday on October 1, becoming the largest and most visited amusement park in the world, in continuous expansion and with new experiences in its four theme parks to celebrate its five decades of existence. EFE / Erik S. Lesser / Archive

Walt Disney World offered to pay a cash bonus to its employees who get vaccinated against the coronavirus, joining other Florida companies that are already working to encourage inoculation among their staff members.

Those employees who are fully vaccinated by September 30, either by the single-dose vaccine or both doses of a two-dose vaccine – currently Johnson & Johnson, Pfizer and Moderna apply – are eligible for a single payment equivalent to four hours of work, Disney World parks spokeswoman Erica Ettori reported Wednesday. 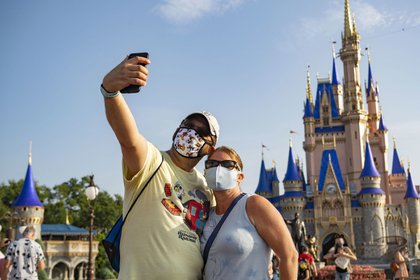 There are several companies in Orlando that have offered money or additional time off as bonuses or incentives for workers who receive the vaccine. Business incentives could help motivate more people to get vaccinated, in a context where a drop in the demand for vaccines in the North American country has been observed in recent weeks.

What’s more, according to the local media Orlando Sentinel, Disney World already has the necessary vaccinations for all members of its staff thanks to Disney Health Services and several additional clinics. These clinics are exclusively for Disney employees, and they can attend them both during their work hours and at other times. 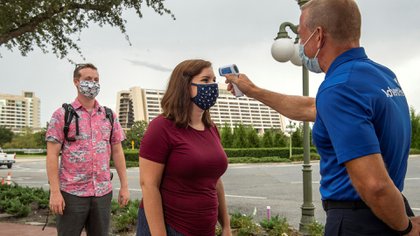 CORONAVIRUS DISNEY USA2820. LAKE BUENA VISTA (UNITED STATES), 07/11/2020.- Undated photo provided by Disney showing one of its employees taking the temperature of a visitor at the entrance of an attraction at the Walt Disney World Resort in Lake Buena Vista, Florida (USA). EFE / Kent Phillips / Disney / ONLY EDITORIAL USE / NO SALES

The President of Walt Disney World Resort, Jeff Vahle, said on his Instagram account on April 7 that he was “pleased to help Central Florida in its ongoing fight to defeat the virus.”

See Also:  The Moroccan presidency of the IAEA General Conference, consecration of the African leadership of the Kingdom (statements)

Disney also participates in the campaign #IGotMyShot by Orange County Mayor Jerry Demings, which aims to combat vaccine concerns and promote vaccine resources in the local community, according to Ettori. 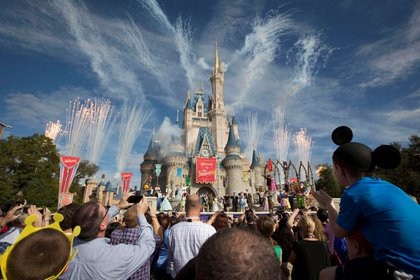 The company’s announcement comes at a time when many large companies such as Aldi, Target and Trader Joe’s are also starting to incentivize their employees to get the vaccine.. LAKE BUENA VISTA, FL – JULY 11: A view of Mickey Mouse sign at the Walt Disney World theme park entrance on July 11, 2020 in Lake Buena Vista, Florida. The theme park reopened despite a surge in new COVID-19 infections throughout Florida, including the central part of the state where Orlando is located. Octavio Jones/Getty Images/AFP

Disney World’s stocks are positive for its more than 8,000 employees of its amusement parks and concierge services represented by the Unite Here Local 362 union said its president, Eric Clinton.

“They are receiving people. In some cases they come into contact with thousands of tourists every day “Clinton said. “Everything we can do to protect people, including vaccination, it leads us to be safe and return to a new normal ”.

For the moment, Disney did not report how many of its employees have been vaccinated.

The United States reached 32,172,770 confirmed cases of the SARS-CoV-2 coronavirus and 573,349 deaths from the covid-19 disease on Tuesday, according to the independent count from Johns Hopkins University. 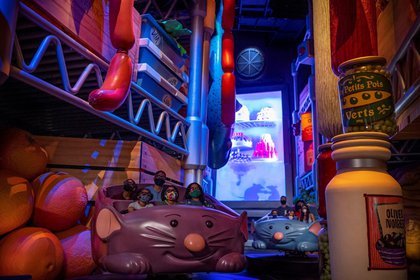 According to the Centers for Disease Control (CDC), more than 234 million vaccines have been administered as of Wednesday. 43 percent of the population has received at least one dose, while 29.5 percent completed their inoculation schedule. Also Wednesday the CDC indicated that Those who were vaccinated with two doses of the Pfizer or Moderna COVID-19 vaccines – the two most used in the North American country – have a 94 percent chance of not being hospitalized as a consequence of the disease.

Those vaccinated with two doses of Pfizer or Moderna have a 94 percent chance of not being hospitalized for COVID-19
For the first time, two women will escort the president of the United States in his speech to Congress