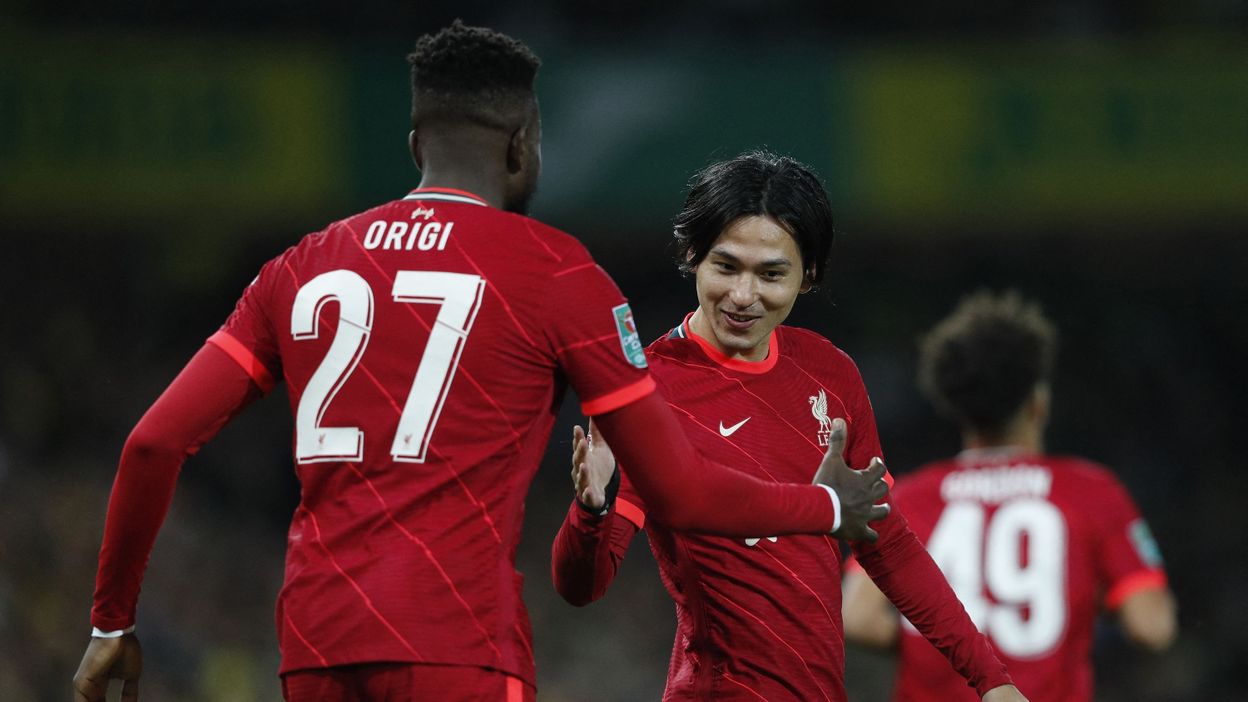 Liverpool et Divock Origi moved onto the Norwich City lawn on Tuesday night in the third round of the English League Cup. Praised by his trainer Jurgen Klopp after the meeting between the Reds and l’AC Milan, Origi again stood out by scoring a goal and delivering an assist in the victory of his team (0-3).

The Reds do not waste time. After four short minutes of play, Origi wins his header from a corner and serves Minamino. The Japanese did not hesitate for a second and hit in a beat on the return. Liverpool opened the scoring (0-1, 4 ‘).

Shortly before half-time, the Canaries get a penalty but Tzolis sees his strike hijacked by the youngster Kelleher. The locals will bite their fingers because when they return from the locker room, this devil of Divock Origi double the score with a superb cross header (0-2, 50 ‘). It is his first goal of the season but already his tenth goal in 14 League Cup matches.

At the end of the meeting, Minamino sneaks into the opposing defense and offers himself a double (80 ‘). 0-3 final score: the duo Origi – Minamino was too strong for Norwich City tonight. Liverpool qualify for the next round!