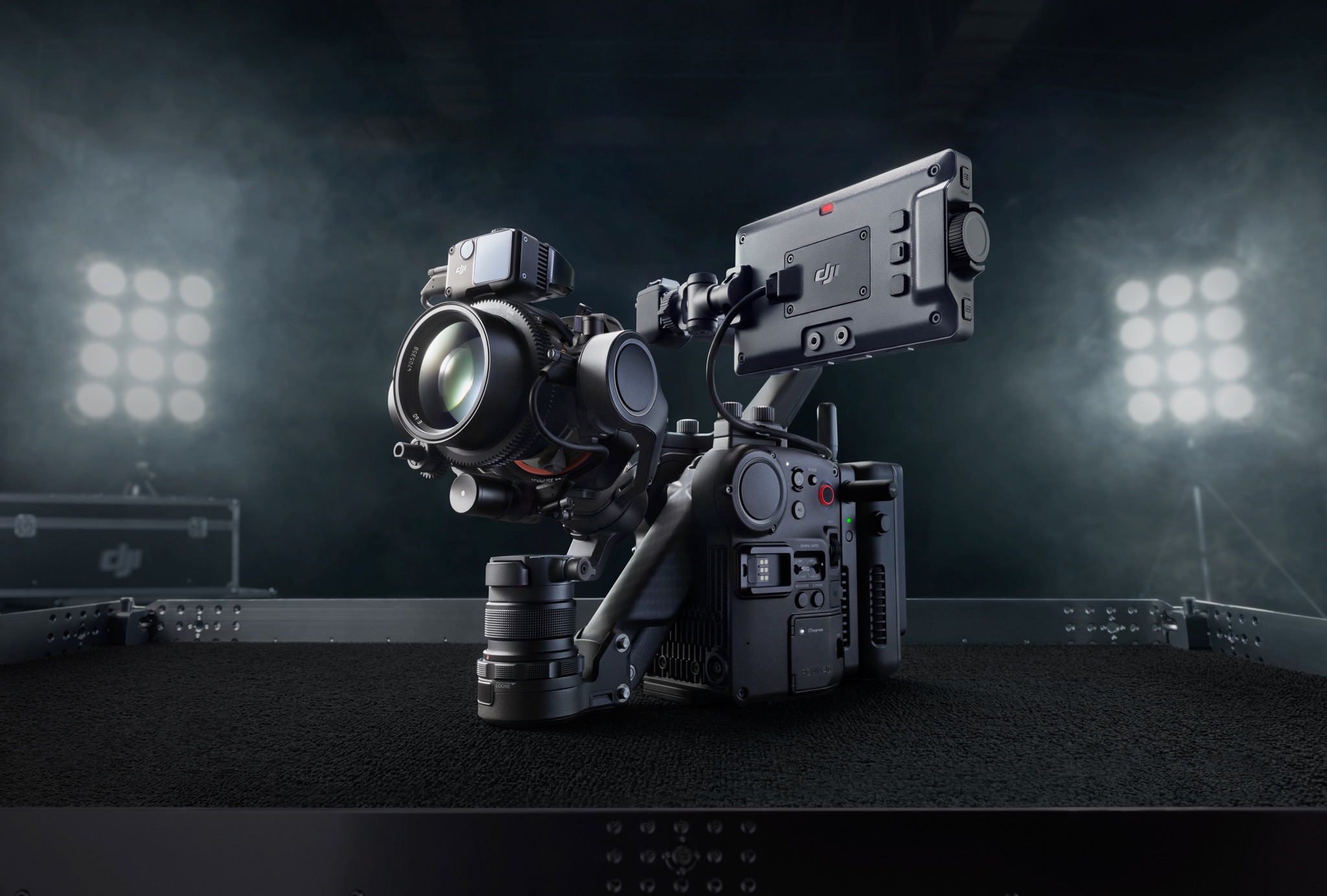 As rumored, DJI has indeed turned into a reality the patent for the interchangeable lens pan/tilt movie machine, which has been applied for more than three years.Officially announced today Ronin 4D The full-frame Zenmuse X9 gimbal camera, four-axis stabilization system, LiDAR range finding and focusing module, image transmission system and control system are integrated. DJI claims that this product is “designed and built in accordance with the strict standards of professional filmmakers.” It can make the high-level production process more efficient, and can use the “most convenient way” to complete “awesome mirrors.” “, so that professional creators can tell their stories with a “new visual language”.

First of all, let’s talk about Zenmuse X9 gimbal camera, which is divided into 8K and 6K versions. In addition to H.264, both also support Apple ProRes and ProRes RAW. The former can shoot up to 8K 75fps video, and the latter supports 6K 60fps or 4K 120fps. Both versions can provide 14 stops of dynamic range, with dual native ISO of 800 / 4,000 and 800 / 5,000 respectively. Relying on DJI’s film color system, Ronin 4D can shoot more natural skin tones, and it can also ensure the color consistency when shooting with different cameras.

In addition to DJI’s own DL-mount, Ronin 4D also supports Leica’s M-mount and other short flange mounts. In addition, the device also has a built-in 9-speed ND lens, which can cope with different challenges of light changes. Behind Zenmuse X9 is DJI’s flagship CineCore 3.0 image processing system. It contains 8K RAW codec, which can bring accurate color reproduction, and can realize various “advanced auxiliary functions” based on the AI ​​engine, as well as multi-link monitoring and control with low-latency image processing capabilities.

As for the gimbal, DJI has introduced Z-axis stabilization on Ronin 4D. With a new algorithm based on downward ToF, front and rear dual vision sensors, built-in inertial sensors and barometer, it can achieve “unprecedented smoothness”. Shooting experience”. According to the official statement, Ronin 4D is lighter and smaller than most cameras plus a three-axis gimbal. In addition, the new ActiveTrack Pro function also introduces more new technologies on the basis of the existing ActiveTrack solution, which can be combined with AI to track the subject from a longer distance, and at the same time can adjust the composition to ensure the best framing effect.

On Ronin 4D there is also DJI’s newly designed LiDAR ranging module, which can simultaneously project 43,200 ranging points within a range of up to 10 meters, and can quickly and accurately locate the shooting even in low-light environments Object. In order to meet the different needs of creators, the device has three focusing methods: manual, automatic and automatic manual (Automated Manual Focus). In manual mode, the photographer can use LiDAR to fine-tune the focus, while in automatic mode, the focus point will be locked on the subject. The automatic manual mode will automatically rotate the focus wheel while following the focus, but the photographer can directly intervene manually at any time.

In the image transmission part, DJI uses the O3 Oro solution, which is stronger than the previous aerial camera, which can transmit 1080p 60fps images within a range of up to 6 kilometers. At the same time, this set of image transmission also supports AES 256-bit encryption, and has an “industry-leading” end-to-end low-latency performance to ensure a real-time and smooth monitoring experience. In addition to the 2.4GHz and 5.8GHz frequency bands, O3 Pro will also use the FDS frequency band to improve the stability of the connection.

In addition, this system also supports the pairing of a single transmitter and multiple receivers, allowing the photographer to freely switch between scenes shot by multiple Ronin 4Ds at the same time. Not surprisingly, DJI also introduced a 7-inch, 1,500-nit high-brightness remote monitor in addition to the 5.5-inch 1,000-nit monitor that comes with the Ronin 4D. This device has a built-in gyroscope. When shooting some sports scenes, you can directly use the monitor as a controller. When several monitors are used together, the U.S. and Taiwan devices can play the material separately with independent LUTs, and will not interfere with other monitors when loading. In addition, the built-in microSD card slot of the monitor also supports proxy recording up to 1080p 60fps.

Ronin 4D has a built-in microphone that supports dual 24-bit recording. There are two 3.5mm jacks, one USB-C 3.1 and one HDMI on the body, and there are two XLR jacks on the expansion board. For the storage part, it supports USB SSD, CFexpress Type-B memory card and DJI’s own PROSSD 1TB. In terms of endurance, Ronin 4D also uses TB50 batteries like the Ronin 2 and Inspire 2 before it. It can shoot up to 2.5 hours when fully charged. Excluding the lens and memory card, the weight of Ronin 4D after assembling each module is about 4.67kg.

The 6K version of Ronin 4D will include the main body, Zenmuse X9-6K gimbal camera, LiDAR module, highlight monitor, grip, handle, TB50 battery and carrying case. The price is HK$57,999 / NT$227,990. The 8K version On this basis, Zenmuse X9-8K camera and PROSSD 1TB will be upgraded, priced at HK$91,999 / NT$363,990 Euro, and both models will not be shipped until December. After the advent of Ronin 4D, from the ground to the sky, DJI’s film and television creation professional product lineup has become more comprehensive.