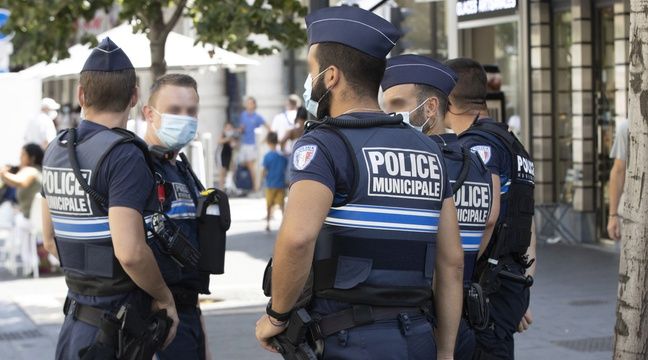 When it is mandatory, can you take off your mask while you smoke your cigarette, drink your can or eat your sandwich? This is the kind of unprecedented question that now arises in these times of pandemic, while since the beginning of August, the obligation to wear a mask in public places has spread, on the coast and in some large cities, to fight against the coronavirus.

But now that 21 departments are classified in the red zone where the Covid-19 is actively circulating, this obligation is invading spaces. On Wednesday, Public Health France recorded 5,500 new cases in 24 hours. In Marseille, since Wednesday evening, wearing a mask is compulsory throughout the city. On the orders of Jean Castex, this same rule – so far confined to certain areas – will apply throughout Paris and in the departments of the inner suburbs from Friday, 8 am.

A few hours after the Prime Minister’s announcement, on Twitter, some smokers expressed their concern to the Paris city hall: will they be able to continue to enjoy their cigarette break?

@Parisjecoute Concerning wearing a mask in Paris, are there any exceptions, for example to smoke your cigarette in peace if you are alone on a sidewalk? yes I know it’s wrong to smoke ????

Asked about this by 20 Minutes, the City of Paris refers to the Prefecture of Police of the capital. Which answers us that, “when someone is drinking, eating or smoking, we will not verbalize”. It is a question of “discernment”, explains the prefecture.

Activities “not compatible with wearing a mask”

“Discernment is part of the job of the police. It is not something written, it is a question of interpreting the rules, recalls Grégory Joron, of the SGP Police Unit union. If you can no longer take off your mask to eat ice cream, then you have to go and close the ice cream parlors, ”he explains.

The same logic has been explained by the prefecture of Vaucluse, which has imposed the wearing of a mask in certain tourist areas. “You don’t wear a mask while eating or smoking. Unless you ban smoking and eating outside, these activities are by nature not compatible with wearing a mask ”.she specified to Dauphiné Liberated.

Eat in your place, respect the distances

History not to attract the eye of the police, the prefecture of Toulouse has specified its requirements: “Smokers must move away from anyone in order to limit the risk of transmission of the virus and wear the mask before and after. “, according to Actu.fr.

Another type of arrangement in Caen, during a match to be organized this Saturday, “spectators will be invited to return masked in their place, before consuming what they have just bought”, reports this other local ofActu.fr.

But in absolute terms, “when an offense is noted, if there is a prefectural order, the police can issue a ticket”, we are told at the Ministry of the Interior by trying to draw a parallel with the speeding, difficult to contest, even if we can have good excuses. “We will always have the zealous example of verbalization”, adds Grégory Joron.

And this all the more so as “there is no text which authorizes people to remove their masks for lunch, or which says that the police cannot issue tickets in this case”, recalls for example the prefecture of Paris. “We are not going to issue 300-page decrees to list the exemptions,” comments Grégory Joron, of SGP Police Unit.

The only exception to be found in several prefectural decrees is of a health nature: thus, people “with disabilities who have a medical certificate justifying this exemption” are exempt from wearing a mask outdoors.

700 verbalizations per day since August 17

Apart from this case, it is therefore possible to have a fine for such gestures, such as when riding a bike or jogging. In the event of non-wearing of the mask, the fine amounts to 135 euros and more in the event of a repeat offense (3,750 euros fine).

To date, since August 17 in France, there have been “about 700 verbalizations” per day for non-compliance with wearing a mask since August 17, said the Prime Minister.

“The obligatory mask outdoors is excessive”