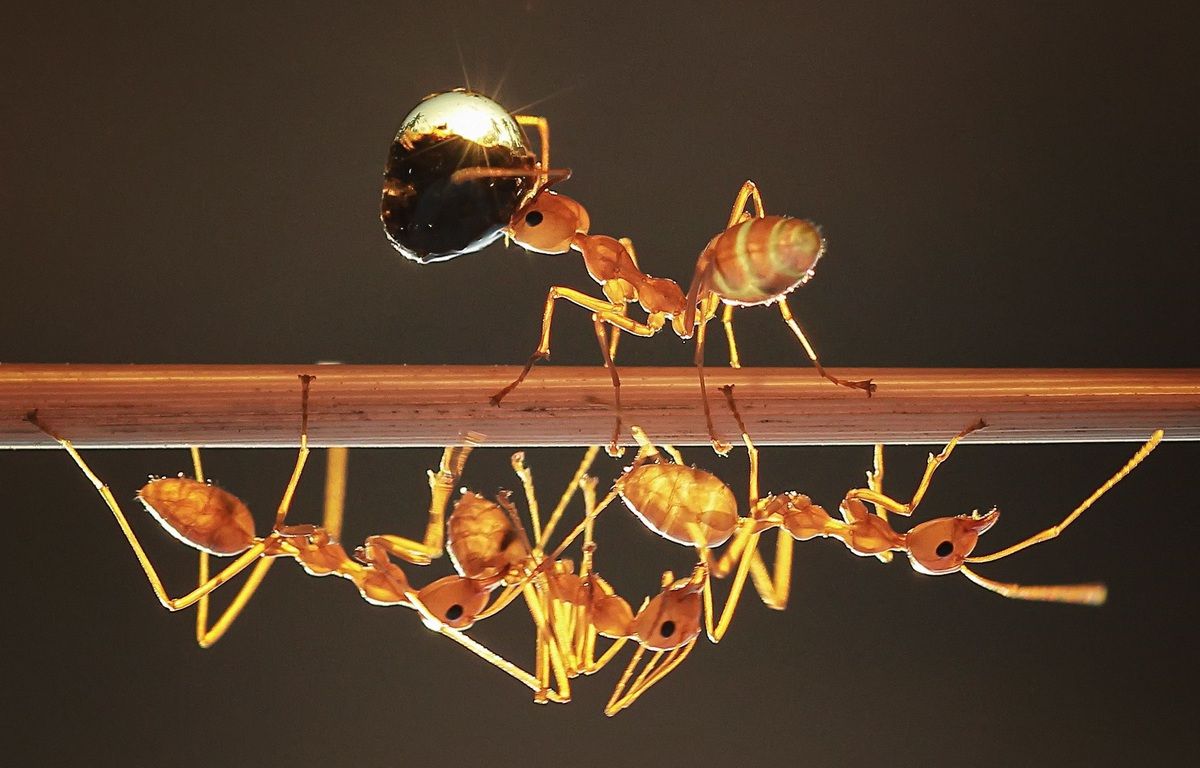 Forget everything you ever knew to believe about the ants, or almost. In a garden or a forest, when you observe a colony, you have the impression that the life of each of them is well regulated, that they do their job without ever flinching. It almost looks like a hierarchical society with the very human idea that we find at its head the queen, warm in her CEO costume, ready to distribute the good points by naming her most deserving workers.

In reality, among these living beings who appeared more than 100 million years ago, there are also rebels, but also lazy people and even super-warriors. “In short, an ant colony is organized chaos! », decide Audrey Dussutour et Antoine Wystrach from the first pages of their book The Odyssey of the Ants. These two myrmecologists from Toulouse take readers along the path of some of the 13,000 species identified today, handpicked. An opus with scientific content that reads like an adventure and science fiction novel.

Capable of defeating prey that are up to 10,000 times their weight, we discover them in turn doctors, drug addicts or even suicide bombers. This is the case of Colobopsis who do not hesitate to explode their abdomen, releasing a poison that can knock out several opponents. A sacrifice to protect the nest.

In their book where they focused on 75 species, the two scientists chose to focus on fodder, these grannies who come out of the anthill to find food for the youngest busy taking care of the larvae and organizing the anthill. Especially males, who contrary to the image of heroes presented in cartoons 1,001 legs et Antzare “housed, fed, bleached”.

These workers then take all the risks. Far from simple stormtroopers, with their brains no bigger than a pinhead, they manage to do incredible things for the colony. “These are creatures that are capable of solving incredible challenges and often of which we have no idea at all. For example, they have mastered agriculture for millions of years, they use antibiotics, they know how to build traps. The colonies are not societies but families since they are all genetically linked to each other and when the colony works, it works for a common goal”, insists Laure Dussutour.

But being also very different from each other, they use very different means to achieve this. Some, equipped with almost 360 degree eyes, use them to map the terrain, in timelapse mode. Others, blind, use their olfactory system and the collective to reach their prey.

Less well known, the species Camponotus atriceps managed to make friend-friend with the caterpillar of a butterfly, the Anatole rossi. It was the ecologist Gary Ross who made this discovery while closely following this butterfly in Veracruz (Mexico). The caterpillar secretes a honeydew when the little shepherdesses make love to it and in exchange they take care of it by creating a kind of sheepfold where it shelters. “He observed this cooperation between caterpillar and ants, an absolutely fascinating association. He tells this story of a small sheepfold where the ants guard the caterpillar during the day, where it comes out at night. Even during the metamorphosis, they protect her,” says Audrey Dussutour.

If they highlight all the capabilities of these little beasts, the two authors of this fantastic odyssey have not overlooked the slightly less friendly sides of the ants. We discover them as slavers. With species whose queens have nothing to envy to the very bloody Marie Tudor. Half psychopaths, these Epimyrma do not hesitate to pretend to have died at the door of their cousins’ nests. The latter bring them back inside. And this is where she reveals her true face, murdering the workers. “She will then suffocate the queen of the nest for two or three months by strangling her and thus keep her alive. Everyone has their own strategy, some throw stones in the face of others,” says the scientist, laughing.

A scenario worthy of Game of Thrones, in which their bodies can become a weapon. As in the case of the bullet ant, whose sting can make even the strongest faint. Or even the fire ant which invaded the United States and struck down the electrical circuits of many buildings. They attack en masse and their bites can cause allergies, even causing death by anaphylactic shock.

Nothing to do with the Tapinoma, this little black ant who is having fun at the moment embeds it in the houses of Corsica or Brittany. “It enters houses, it bothers people, but it does not cause damage. Don’t leave food lying around, that’s what attracts them. No matter how much you wash off the pheromone trails they leave behind with bleach, they will make new ones,” emphasizes the Toulouse myrmecologist.

Rather than getting rid of it, she advocates living with it. And to be inspired by it. As is already the case for some researchers who have used the algorithms provided for telecommunications or nest architecture. Or more recently, the ability of some of them to differentiate tumor cells through their olfactory system. “They are above all useful to the ecosystem of which we are a part. They are very responsible for soil aeration, seed dispersal, and often we don’t think about it, pollination,” concludes Audrey Dussutour. To meditate on when one is tempted to send a good kick into the anthill.

Benefits of rosemary to rejuvenate the skin, so it can be used

Viral Challenge 2022 | The challenge that few users overcome: find the number 5 in the image | MEXICO