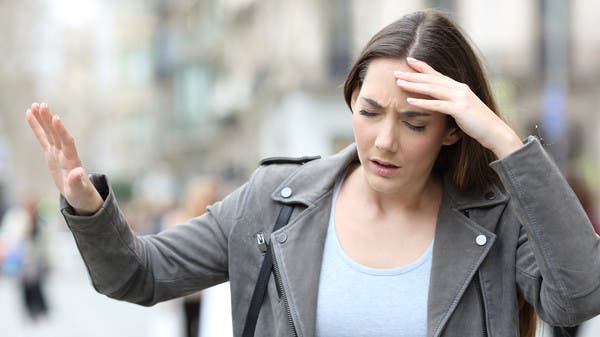 While the Corona virus is still weaving secrets and mysteries since it first appeared more than a year and a half ago in China, and baffles doctors and scientists who are still unable to defeat it, the British newspaper “Daily Mail” revealed a strange new.

And she mentioned in a report published yesterday, Sunday, that some people, who suffer from long-term Covid disease, may feel a common “vertigo”, but the causes are unknown, although it is associated with nerve problems.

1 out of every 20 patients suffers from chronic symptoms of corona infection, which can include palpitations, dizzy spells and even fainting, which are the main symptoms that patients suffer from postural acceleration heart syndrome, which is referred to for short as PoTS.

For their part, doctors currently say that the similarity between the two cases may mean that Covid infection can trigger PoTS syndrome in some cases.

In addition, one way to deal with PoTS is to consume more salt, such as eating salted peanuts or nuts, which leads to high blood pressure, and thus helps relieve symptoms.

Dr Leslie Cavey, a former GP who currently chairs the UK’s PoTS charity, said: “We believe the pandemic may have caused an outbreak of PoTS cases, some of which have emerged after contracting Covid.”

In December, the UK’s National Institute for Health and Care Excellence (NICE) issued guidelines recommending that long-term Covid patients be routinely screened to ensure they do not have PoTS syndrome.

However, Kavey sees a shortcoming in this area, as “some patients say they get their diagnoses through support groups on Facebook and other websites.”

The syndrome is caused by the abnormal functioning of the autonomic nervous system, which manages involuntary bodily processes, such as regulating blood pressure and heart rate when body positions change, such as moving from lying down to standing.

In this movement, the effect of gravity means that there is a slight decrease in the amount of blood flow to the upper body. But in most cases, the nervous system quickly recalibrates, as the blood vessels in the lower extremities narrow and the heart rate increases slightly to maintain a stable pulse and blood supply to the heart and brain.

In the case of PoTS patients, titration does not occur quickly. Thus, when there is a decrease in blood flow to the upper body, the heart begins to beat rapidly in order to compensate, resulting in multiple symptoms, including severe dizziness and even fainting.

Patients also experience fatigue and feel “brain fog”, or what others describe as a feeling of confusion.

The condition can also become debilitating, affecting the ability to work or enjoy daily activities. Some end up relying on a wheelchair.

PoTS patients are also more likely to develop chronic fatigue syndrome and Ehlers-Danlos syndrome, a group of inherited syndromes that cause excessive flexibility in joints and loose and fragile skin.

Kafi also added: “We believe, in some cases, that the nerve problems that cause the syndrome are initially caused by a viral infection, so the link between the increasing number of people with the syndrome and Covid infection was not a surprise to specialists.”

PoTS can be tested simply by asking patients to lie down for a few minutes, then stand up. Heart rate, blood pressure and any symptoms are recorded over a 10-minute period. If there is a steady increase in heart rate of more than 30 beats per minute in adults, and 40 beats per minute in children, then the diagnosis of PoTS can be considered.

Caffee also explained that people with PoTS should “keep up drinking enough water and consuming extra salt in the diet, which raises blood pressure slightly, in order to help relieve symptoms.”

She also confirmed that exercises to strengthen the muscles of the legs can also be practiced with the aim of promoting blood circulation, in addition to what doctors prescribe to regulate heart rate and blood pressure.