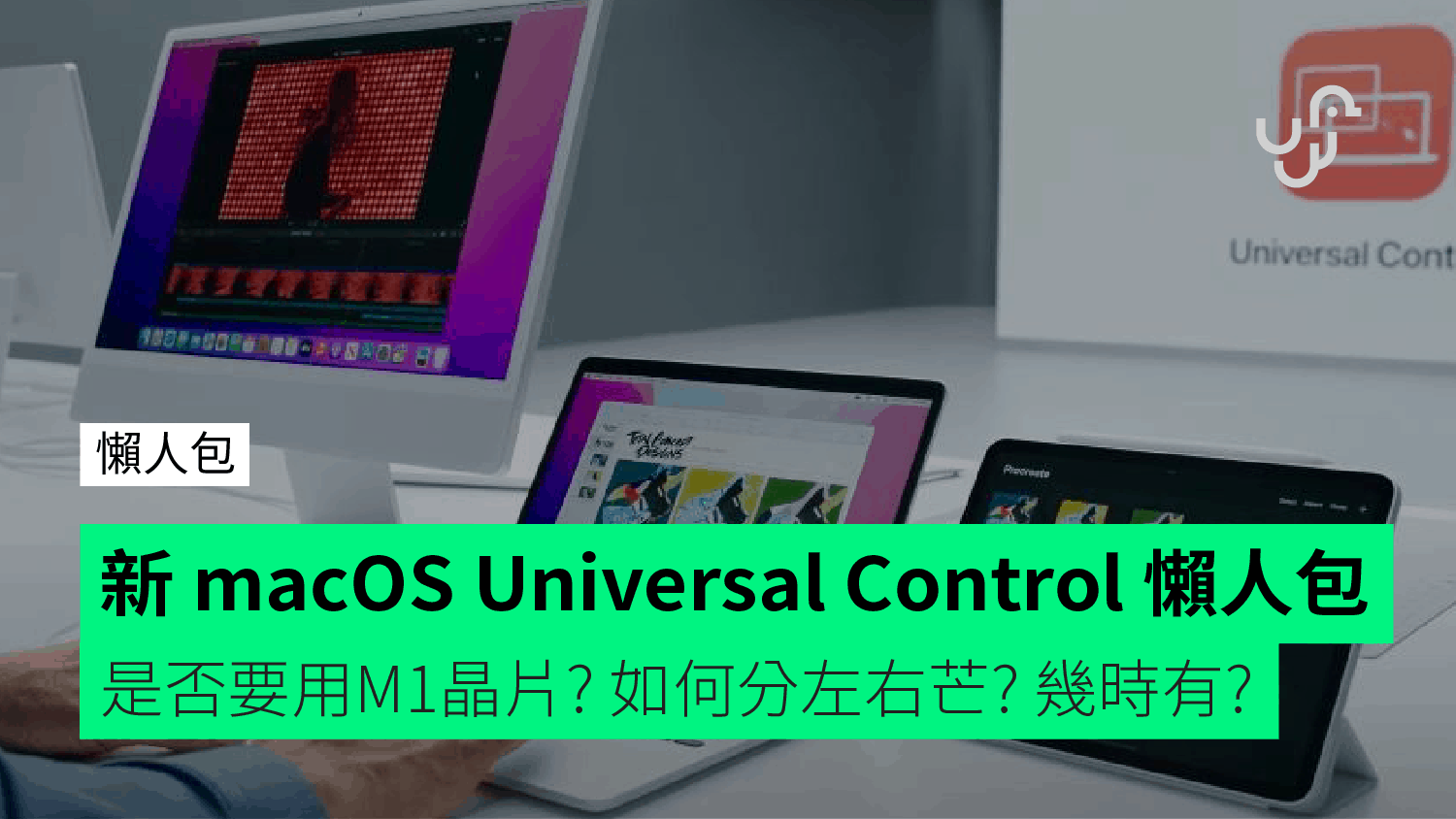 Apple announced the new macOS Monterey at the WWDC 2021 Developer Conference, which includes a new feature that Apple fans who buy Mac computers and iPads must use-Universal Control. Up to 3 Mac computers and iPads can share the same mouse/touchpad and keyboard, and the mouse cursor can easily move around multiple devices. The following will further introduce the main points and details of this Universal Control.

Universal Control is the latest feature of macOS Monterey. It allows you to use the same mouse/trackpad and keyboard, including the built-in keyboard trackpad in MacBook, to control multiple Mac computers/iPad devices at the same time. However, many friends have misunderstood that an iMac with the latest Apple Silicon M1 chip is needed. In fact, Apple has announced the Apple devices supported by the Universal Control function. You can pay attention to whether your computer or tablet is on the support list.

At least one macOS device

The Universal function supports any 3 devices in the above list (one of which must be a Mac computer), such as 1 iMac and 2 iPads, or 2 iMacs and 1 MacBook Air. As long as these 3 devices all use the same Apple ID and have logged in to iCloud. In addition, each machine needs to complete a two-step authentication. Note that this feature is initiated by macOS, so there must be at least one macOS device.

Make sure that the Wi-Fi and Bluetooth of each device, and the “Handsoff” function of each device are turned on, and that the Internet or mobile data is not shared in any way.

“Take over” in iPadOS can open the system settings App, go to the “General”> “AirPlay and Take over” menu to open.

On macOS, go to “General” from the system preferences, and then select “Allow the use of “Take over” function between this Mac and your iCloud device”. 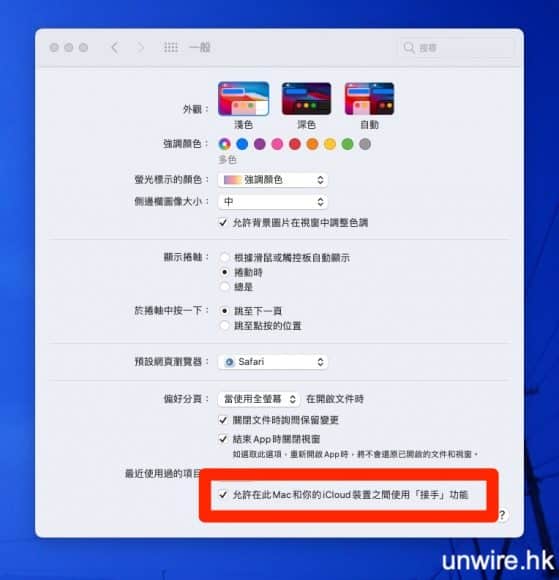 Everyone knows roughly that multiple Mac computers and iPads can be used together. But assuming that the three installations are shot together, what mechanism is used to distinguish which one is on the left, center, and right? In fact, when adding the device, the ranking of each machine has already been established at the same time.

First, you need to move the mouse cursor of your macOS computer to the left or right edge of the screen. At this time, it has been decided whether the newly added device will be allocated on the left or right side of the current macOS computer. For example, if you move the cursor of your MacBook to the right hand side of the screen, the Universal Control options will appear on the left edge of the other iPad screen.

▲Move the cursor to the left or right edge of the computer, and then move it all the way to the edge outward

▲On another device, the Universal Control item appears, you just need to continue moving in this direction, and there is a gray bar in the middle to adjust the height difference between the two devices, you can use it after setting it up

At this time, if your cursor moves further to the right, you can confirm the Universal Control control options on the iPad, and the control pattern on the left side of the MacBook and the right side of the iPad can be completed. After that, your mouse cursor can slide between the right edge of the MacBook screen and the left edge of the iPad, instantly turning into a “two-glow” relationship.

In this case, connect the third device, such as iMac. Based on the screen configuration relationship just set, the newly added iMac will automatically become the left-hand device, the original MacBook will be in the middle, and the iPad will be on the right-hand side.

On the screen configuration relationship established above, you can switch the mouse and keyboard device you control. For example, if you switch to the keyboard and mouse on the iMac when iMac, MacBook, and iPad are side by side, then you can use them directly Operate 3 devices. The screen layout is still iMac (left), MacBook (middle), iPad (right).

What can Universal Control do besides controlling 3 hosts?

With the Universal Control function, in addition to the common use of a keyboard, mouse/touchpad to control each machine and input text, the files and multimedia between the main unit and the main unit can be dragged and dropped. , Increase from one machine to another.

▲Typing example: Use the keyboard on the Mac computer to press the keyboard shortcut button to call up Spotlight, and then enter the search keyword on the iPad

For example, if you create a Pages publicity poster file on your MacBook, you only need to drag the completed hand-painted project from the iPad to the designated position of Pages on the MacBook in the drawing software of the iPad, and your hand-painted pattern can be added Go to the poster and become a part of Haibu.

▲Press and hold the pattern on the iPad, and drag and drop it to the designated position of the poster maker app on the MacBook

▲After letting go, the project carried over from the iPad becomes part of the poster

▲The handwritten text pattern made on the iPad, drag and drop through the MacBook to the iMac on the left hand side, and then release it in the appropriate position of the Final Cut Pro timeline

When is Universal Control useful?

The macOS Monterey equipped with Universal Control function will be released in the official version in the fall of 2021. The developer test version has been obtained through related channels, and the public test version is expected to be launched in July.

Click on the video below to jump to the part that mentions Universal Control in the WWDC 2021 announcement: