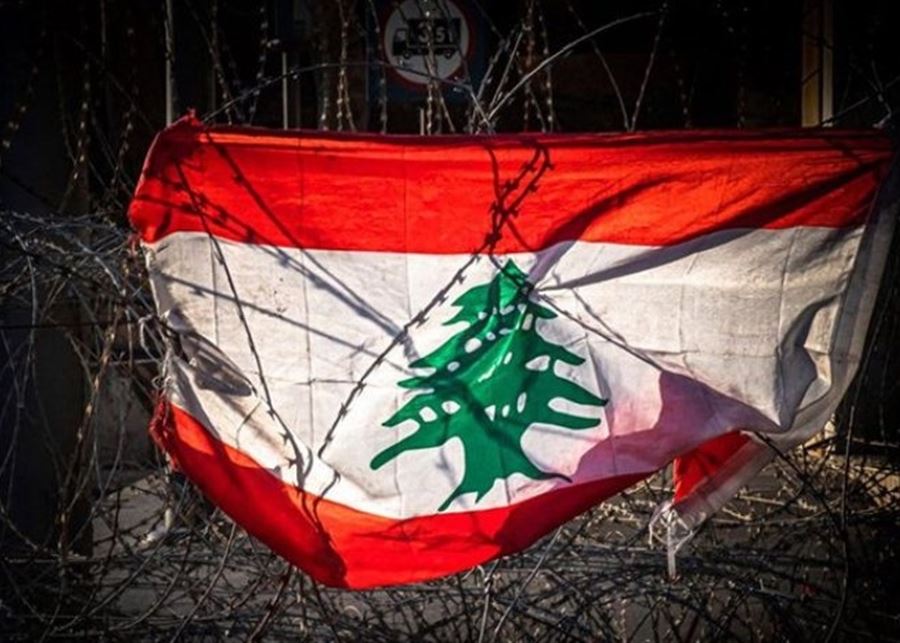 “Dollar madness and a price tsunami” … a description that summarizes the current living situation in Lebanon. The two soar in a sky of chaos and political corruption, and in a whirlpool of external pressure and siege that takes the people hostage for special agendas. The result is a massive wave of poverty that the Lebanese did not witness even at the height of the civil war and the Zionist attacks.

The salary of a Lebanese with a limited income, which was barely sufficient before the crisis until the “10th month”, is no longer secured for him today except the necessary food and some light from private electricity generators.

In a poll by “Al-Diyar” about the situation of people in the midst of the crisis, Samah (28 years – specializing in the field of media) says: “In light of the lack of jobs in a specialized field, I had to work as a nanny in a house with a monthly salary of 600 thousand L.L. I work from (8:00 – 5:00), and with the rise of the dollar, I pay half of my salary as a transport fare, and I have dispensed with many necessities, and what bothers me is that I can no longer support my family.”

Samah’s case is not much different from the case of Ahmed (35 years old – private security), who told us that he earns 1,200,000 lira per month: 400 of which he pays as rent for the house, 250 for electricity subscription and 65 for internet, and the rest is food and drink expenses, a situation that prevented Ahmed and many young people from thinking about marriage. and establishing a family, he concludes jokingly: “I did not think about marriage before the crisis, so how now?”

As for Zina, 43 years old (mother of five children – a nurse in a health clinic), she earns 600,000 pounds and her husband 1,100,000 pounds, she complains, saying: “Our salary ends with 5 months, even though we save a lot on the expenses, and a lot of food we can no longer buy, and we focus on “Household money” with very simple foods, and we will complete the rest of the month by borrowing to cover other expenses, “God knows best about our situation!”

Lebanon is poorer than poor countries

To find out the latest figures of per capita income in Lebanon, the researcher at the International Information Institute, Muhammad Shams Al-Din, revealed to Al-Diyar that the minimum wage in Lebanon has lost about 92% and more than its value. Before the crisis, it was 675,000 Syrian pounds, or 450 dollars. With the 20 thousand dollar: 34 dollars, and with the dollar crossing the threshold of twenty, it will continue to decline, and pointed out that a minimum wage has put Lebanon at a lower rank in the list of the poorest countries in the world, and in this, Shams El-Din describes Lebanon as poorer than the poor countries, The minimum wage in Egypt and Tunisia is $125, followed by Mauritania, Chad, Bangladesh, Cuba, Afghanistan, Sri Lanka, Angola, Gambia and Yemen, and then Lebanon, followed by Malawi, Ethiopia, Eritrea, and Sudan with a minimum wage of $12.

The rise in the exchange rate of the dollar against the lira, led to the erosion of purchasing power and the wasting of salaries, according to Shams El-Din, who indicated that the cost of the food basket for a family of 5 individuals rose from 450 thousand pounds in October 2019 to 2250,000 pounds, at the beginning of July 2021, i.e. By 400%, it is still rising according to the daily exchange rate. And he continues: “If we add housing, transportation, education, electricity, water, clothing, and others, the family income should not be less than 5 to 6 million pounds per month, while salaries generally range between 1,500,000 and 2,500,000 pounds, which means that 70% of the Lebanese are sufficient for their income. Just to provide food.”

Despite the chaos of smuggling and monopoly, the subsidy of some consumer goods contributed to relieving the citizen. The subsidy, according to Shams El-Din, started with 360 food commodities and today it has reached 12 commodities, in addition to subsidizing medicine, flour and fuel, warning that lifting the subsidy on medicine will raise its price At a rate of 10 times, and the result is serious health and social problems, and he indicated that gasoline and diesel were subsidized by 90% at the exchange rate of 1515 pounds and 10% free market, but today the subsidy has become according to 3900 pounds, which raised the price of gasoline to 72000 pounds, the support continues, but The exchange rate rose, and he pointed out that if the exchange rate is completely raised and prices are stable globally, the price of a can of gasoline can reach 327,000 pounds, and diesel to 250 thousand, and this is beyond people’s capacity, so there is an official trend to maintain the support.

And about the solution to correcting wages, and is this officially possible? Shams El-Din answers that there is an impossibility to correct wages with the price of the food basket inflated to 400%, and the state is basically unable to correct, the public sector wages amount to about a thousand billion pounds per month and the state’s income is limited to 13,000 billion pounds only, and any increase means more currency printing and a collapse in purchasing power. As for the alternative to correcting wages, it is represented by providing services to people, such as securing joint transportation between 3 and 6 months as a maximum, and providing electricity around the clock, and this saves people, as if the state had thus raised the minimum wage.

The head of the General Labor Union, Bechara Al-Asmar, pointed out to Al-Diyar that the subsidy was hastily lifted, calling for an exceptional decree specifying an increase in wages, or the issuance of a bill giving an advance to the cost of living, pending the existence of a fixed dollar to determine a final number for the increases, and pointed to the need to develop an economic policy It gives the worker his right, so that he does not bear the consequences of the collapse alone. Merchants and importers of fuel and others obtain their rights according to the daily exchange rate, while many workers receive their wages according to the exchange rate of 1500 pounds, calling on companies that deal in dollars to pay their employees’ salaries in dollars.

In the midst of this tense reality, economic researcher Ziad Nasser El-Din pointed out to Al-Diyar that the first and most important step is to stop the collapse of the currency and stabilize it, and then go to take effective economic decisions that will positively reflect on people’s life security. He stressed that there is no point in correcting wages in light of the continuous rise in the exchange rate of the dollar because the value of the increase will melt with the rise in prices, especially in a “dollarized” economic system and unproductive consumer, and pointed out that the more subsidies are removed from a commodity, the higher the exchange rate, and this is one of the main problems. .

Nasser al-Din added that Lebanon does not have a transport plan, nor a health card, and it suffers from a problem in electricity, water, liquidity and banks, and a weakness in production and an increase in consumption, so it is necessary to take measures that are not similar to a financing card, but are related to strengthening Lebanese production and reducing imports, just as it is not Wage correction must be accompanied by a national productivity plan.

The solution is political, then reform

As for the level of official solutions to help citizens, Shams El-Din saw that the political solution is the guarantee to put an end to the current crisis by 70%, and economic measures and financial correction will affect the remaining 30%, and he hoped that this would happen so that the dollar would decline because its rise means eliminating the remaining components in Lebanon. ».

While the head of the General Labor Union, Bechara Al-Asmar, indicated that the card for financing the poorest families (includes 50,000 citizens), and the card for low-income families, which provides 400,000 pounds each period, are not sufficient, pointing to the need to integrate them into the financing card, stressing the need to form a government. Rescue, sympathy and approval of a five-year relief project funded by grants.

The economic researcher Ziad Nasser El-Din considered that today we are in an economic throes, and it must change and define the shape of our economy by supporting local production, proposing the formation of an economic emergency committee, or activating the role of the caretaker government, in the absence of forming a new government, and then heading to a conference An economic rescue that takes into account Lebanon’s potential for reform, and the conclusion of fruitful agreements on the level of gas and oil, in conjunction with the direct support of the people. There are hundreds of economic solutions, considering that the success of all these steps depends on political stability.

The wishes have evaporated with quick measures, at least now as a result of the apology for the authorship. It remains for the family to rely on itself. Hence, it has to deal with the issue based on the so-called crisis management, according to what the specialist in economic and social development, Dr. Muhammad Farran, told Al-Diyar, who called on the family to rearrange Its priorities are to be satisfied with needs and abandon desires, as well as to plan and work with the principle of early warning in preparation for any emergency, and most importantly for parents to talk to their children, that the situation is exceptional, and sacrifices must be made, and raise their level of responsibility.

The solution in Lebanon is political par excellence. May the dollar hurricane calm down a little, followed by comprehensive economic reform. As for temporarily, the solution is to provide vital services such as electricity, water, joint transportation, and others, which will take some of the burden off our shoulders so that we can stay alive. We do not know if the “mutated Corona Delta” will also conspire against us and rob us of it!