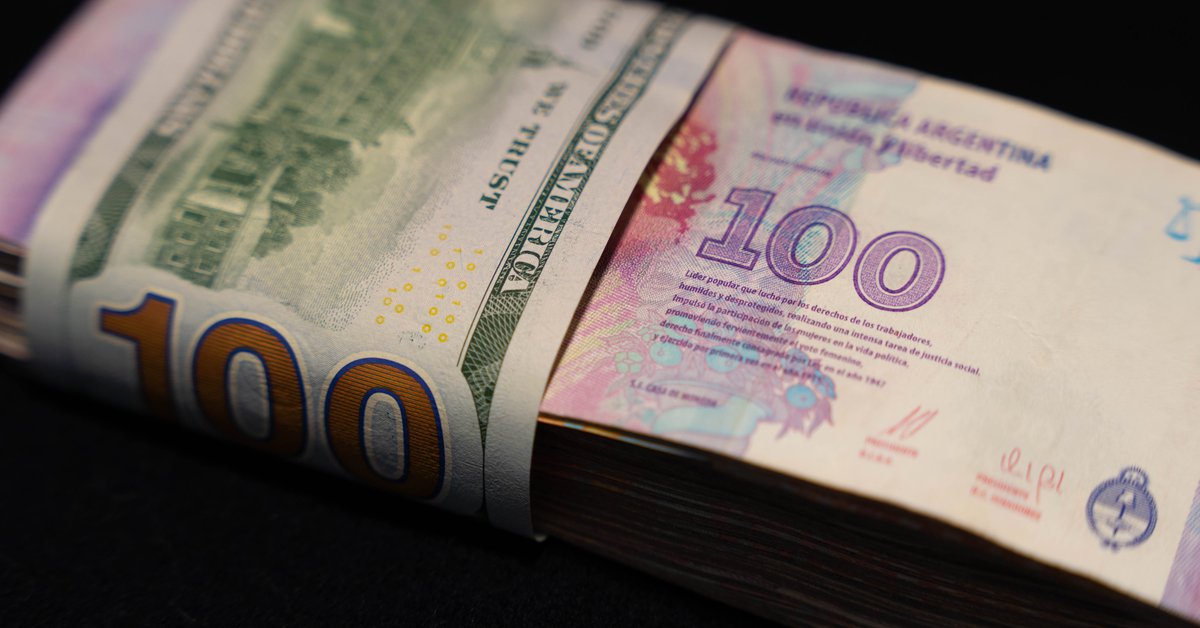 And one day the “blue” or free dollar, saw its business grow and fell by $ 3 and ended at $ 150. This dollar is more popular than financial, because it is a small market. What happens is that when its price falls, it is generally associated with a boom time. But in these circumstances, the drop has causes that are compromising for the economy in terms of reserves.

One operator briefly described the parable of the free dollar: “The bills are raining. Sellers beat buyers by landslide. And this is no accident. I lived it before: when withholdings coexist with a low commercial dollar, maneuvers to circumvent regulations appear. Imagine that a soy exporter is paid 58 pesos per dollar and in the caves they give him almost triple. With that difference it is worth taking risks. Many of the dollars that are in this square come from Paraguay for undeclared Argentine exports. This maneuver in the past was done in many ways. At one time they declared that they exported pet food, instead of soy”.

As an example, the operator pointed out what happens in the alternative dollar market: “How can it be that the cash with liquidation and the MEP rise every day and the “blue” falls? Today the value of alternative dollars exceeds the “blue” and they are dollars that are traded blank and have stocks “.

The numbers seem to prove him right. The cash settlement closed in the band where it is traded without the limitations of the stocks at $ 156 and was there all day, while the “blue” was achieved at $ 150. In the official band, the cash price with settlement was $ 152.27, but here it is only operated with the AL30. The Central Bank buys it in dollars or goes to its own stock and resells them in pesos to calm prices.

See Also:  "The most difficult is ahead of us", warns Bruno Le Maire

The intervention made businesses in this alternative dollar reach USD 62.4 million with a price of $ 152.27 which is 48 cents higher than the previous day. As is known, in operations with the AL30 each investor can have a favorable buyer balance of up to USD 100,000 nominal (USD 38,000 in banknotes) per week. For many it is a ridiculous level and they go to the free square, where they operate with the GD30. The difference in the behavior of the securities is clear: the AL30C, which is used to make cable, lost 0.37% while the GD30 rose 0.67%.

The MEP dollar or Stock Exchange, had a high movement of USD 34.8 million and rose 50 cents to $ 149.84. The interventions of the Central Bank make these dollars in their official version rise at a daily rate of 0.30%. In January, both exchange rates, taking as reference the market that operates the GD30, that is to say, the one that does not have the limits of USD 100,000 nominal per week, the increase was in dollars.

The wholesale dollar, which governs foreign trade, had a rise of 0.11 cents to $ 87.92. For APC Furiase, economist at EcoGo and professor of Finance at the Universidad Torcuato Di Tella, “the Central Bank will devalue at a lower rate to contain inflation before the labor agreements begin to be negotiated”. Business in the wholesale market rose significantly to USD 248 million because there were exporters present. The Central Bank, under these circumstances, was able to buy USD 30 million, but its reserves plunged USD 341 million because the payment to the IMF of USD 325 million was credited and they remained at USD 34,133 million.

The bonds of debt abroad that have New York law, maintained their low values ​​and the country risk remained unchanged at 1,461 basis points.

The business in ADR’s – certificates of holdings of shares that are listed on the New York Stock Exchange – tripled the amount of business of the shares, operating $ 2,120 million. The Argentine ADRs had another positive wheel on the Nasdaq and Wall Street. Galicia Financial Group was the highlight with a rise of 3.08%, escorted by Pampa Energy with 2.36%.

Both the shares and the ADRs of YPF had slight increases because they are awaiting the response of the creditors to their new proposal that expires today. The fact that the price of these assets has not dropped indicates that the market is discounting a favorable resolution. The rises of the previous days, can be taken as a preview of what is to come.

Although the lowering of the “blue” to $ 150 is celebrated, the government has concerns because that market is feeding on dollars that will not reach the Central Bank. It is estimated that on the soybean side yesterday there was a marginal sale that represented more than 70% of the amount traded, which is estimated at USD 8 million per day. In the previous wheels the presence of these dollars was less aggressive.

In the market they know that these movements unleash more controls. In fact, traders are waiting for new regulations for alternative dollars because the stock of AL30 bonds they use to regulate it is falling rapidly. The AFIP through Customs is tightening its controls and sending new letters to taxpayers and inspections in the “City” are not ruled out.