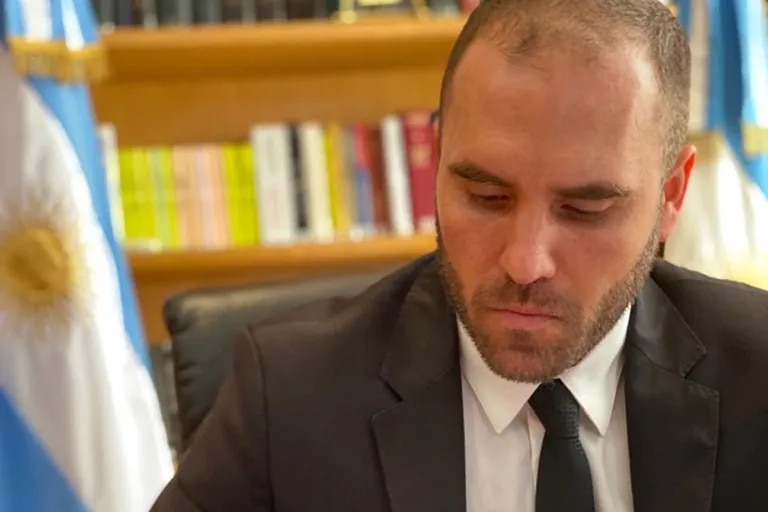 The resignation of Martín Guzmán from the Ministry of Economy was the end of several weeks where inflation and the dollar had exerted great pressure on the government’s goals and the pockets of all Argentines. Last Wednesday, the price of the blue dollar touched a nominal record of $239. The official dollar ended the week with an upward trend: $124.25 for purchase and $130.25 for sale, while the cash with liquidation traded at $251.59.

When the decision of the former minister was made public, celebrities and prominent figures from various fields came out to give their opinion on the matter. From Luciana Salazar to Horacio Cabak. For his part, Eduardo Feinmann expressed during his program on Radio Mitre: “The resignation of Martín Guzmán is hasty and treacherous. They are already seeing a floor of 80% annual inflation”.

The former Secretary of Commerce suggested to Congress that it face the situation in a similar way to 2001. “Politics has to resolve what is best for the country, and the best is a legislative Assembly”, he stated. Also, he argued that the relationship between the government and the private sector “is absolutely finished.”

Martín Guzmán announced the abandonment of his position on Twitter, where his name was soon placed at the top of the trends. There, the release of users, the updating of information by journalists and the reaction of various public figures when they heard the news were added.

The Secretaries of State who answered directly to Martín Guzmán followed in his footsteps and submitted their resignations. All but Gregory Chodosrepresentative before the IMF, and Dario Martinez, the Secretary of Energy and with whom the former minister had a hard clash in recent days.

According to information obtained by LA NACION, Alberto Fernández will take a few hours to define who will occupy the position vacated by Martín Guzmán. Among those being considered for the position are Emmanuel Alvarez Agis, Marco Lavagna and Augusto Costa. However, close sources assured that “There is not going to be a sharp turn in the economy.”

Martín Guzmán assumed his position in 2019, when he was not yet a face known to the public. Almost four years later and after his resignation, his management went down in history as the longest for a Minister of Economy in the four Kirchnerisms.

Martín Guzmán announced his resignation at the same time that Cristina Fernández de Kirchner spoke at an event in honor of Juan Domingo Perón. During it, The former president harshly criticized the new economic policies, responded to Alberto Fernández’s statements and pointed to the now former minister.

Martín Guzmán resigned at the same time that Cristina Fernández de Kirchner gave a speech in Ensenada, where there were also many officials. As to Serge MassaThey assure that he was on the field in a Tigre match. The decision caused surprise and disappointment, as he was able to reconstruct THE NATION.

Martín Guzmán presented (tweeted) an extensive text by way of resignation where He thanked Alberto Fernández for honoring him with that position. But, Between the lines, he insinuated that he did not obtain sufficient political support to be able to implement the policies that he considered necessary.

Contrary to traditional markets, Binance -the main exchange of cryptocurrencies in the world – is active at all times. There you could see the impact of Guzmán’s resignation since, after the news, sellers began to offer USDT (the equivalent of one dollar) averaged $260, $20 higher than the blue’s close yesterday.

On Friday the official dollar closed $124.25 for the purchase and $130.25 for the sale, while the blue is $251.59. Martín Guzmán’s resignation took place on a day and time when the markets are closed, so the true impact can only be measured on Monday morning.

Martin Guzman made public the abandonment of his position through his Twitter account. With a text of seven pages, he explained point by point the reason for his actions. The now former Minister resigned while Cristina Fernández de Kirchner gave a speech in Ensenada.

In times of stocks and large exchange rate gaps, they refloat old financial tricks that allows you to make a profit of 9.2% per month in this July 2022. In the jargon it is known as “mashed dollar”. A simple trick though illegal. It consists of buying up to the US$200 per month allowed at the bank, where the “ghost” dollar (because few can access it due to restrictions) trades at an average price of $215.22. Those tickets are then resold in the caves for $235 (purchase value).

The difference widens when request the return of 35% of Profits to the AFIPprocedure that is carried out in the first months of the year for the perceptions suffered during the previous fiscal period.

A few minutes from the close of operations with blue dollar, its price remains at $238 for sale and $235 for purchase, setting up a day in which this variant of the US currency remained stable compared to yesterday’s close. On the other hand, the MEP dollar is at $247.70 to buy, and $248.17 to sell, while the counted with liquidation listed at $251.58 and $252.37 for sale.

The spokeswoman for the Presidency, Gabriela Cerruti, said yesterday at a press conference that “There is no trap or restriction on imports”but the measure announced on Monday by the Central Bank (BCRA) is “temporary” and “prioritizes” companies that have access to financing, but clarified that “all can import.”

This July 1, the monthly quota was renewed so that Argentines who can access the Single and Free Exchange Market (MULC) can buy up to US$200 of “solidarity dollar”the cheapest on the market, which it sells for an average price of $215.22, $23 below the blue dollar. Although the price varies according to the financial entity, the value arises from adding a 30% PAIS tax to the official retail exchange rate and another 35% on the Profit account, two surcharges that were established during the Alberto Fernández administration.

The loss of confidence in the national currency leads many Argentines to abandon the peso and seek to protect their savings in other currencies. Due, the total amount of money that citizens hoard outside the local system is increasing. According to the latest official estimates, the figure already exceeds US$ 258,077 million3.1 percent more compared to the amount estimated by Indec a year ago (US$ 250,376 million).

Hernan Lacunza responded harshly to the accusations of President Alberto Fernández, which linked a publication by the former Minister of Economy with the exchange rate run on bonds in pesos: “They stirred up the ghost, they threw the prices of the bonds to the ground and we complied,” the President had said. Lacunza responded to him yesterday on LN+: “It is a serious accusation that insinuates my actions against the interests of Argentina. I don’t know what you mean, but you can’t specify anything, it doesn’t exist, nor was there a meeting, a report, or [una declaración] I’m not, I’m not off”.

In the midst of exchange rate tensions, Economy Minister Martín Guzmán stated that Argentina would have complied with the recalibrated goals of the second trimester of the Extended Facilities Agreement (EFF) that the country maintains with the International Monetary Fund (IMF): “We are confident that all the established performance criteria will have been met by the second quarter of the year in the Extended Facilities program agreed with the IMF”, Guzmán advanced in a meeting with representatives of Common Investment Funds (FCI) whom he received yesterday afternoon.

With the focus on large importing companies, the Central Bank (BCRA) launched new measures to restrict the outflow of foreign currency:

What did the pharaohs of ancient Egypt hide in the pyramids?