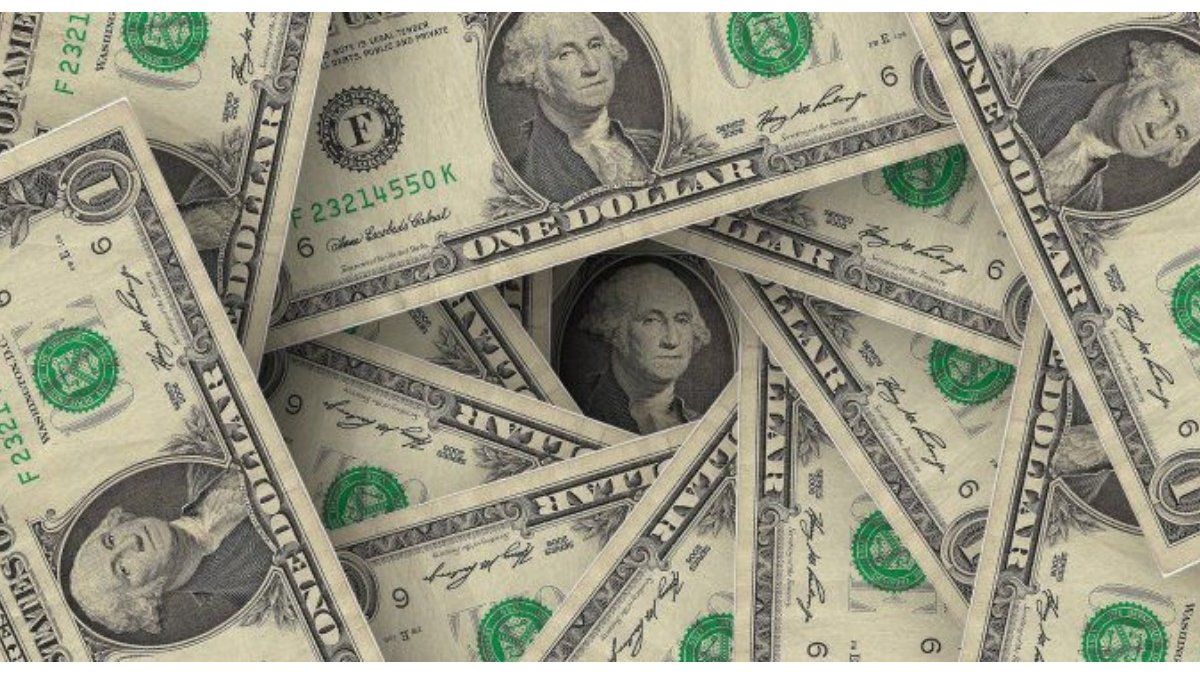 The economist Gustavo Ber pointed out that “financial dollars appeared expectantly, not only because of the Northern holiday and the operation of the new bonds but also because of the possible intervention that the BCRA could have in order to help reduce the ‘gaps’ “.

Between restructurings with private creditors and public organizations, the national government obtained a relief that reaches US $ 9,600 million only between 2020 and 2024 but, nevertheless, the pressure on the dollar continues and, although the trade balance is positive, the Central Bank continues to sacrifice reserves every day due to the strong purchase of hard currency by savers.

On Friday, Minister Martín Guzmán confirmed on Friday that The current system that allows you to buy up to $ 200 per month will not be modified at $ 102 per dollar even though it consumes the BCRA just over $ 1 billion per month.

On the other hand, from this Monday there will be a new bond recharge for the BCRA, which it can use to mark possible ceilings in the financial price. The strategy would be to start putting a cap or ceiling, not to lower it quickly.

The swap allowed significant financial relief for the next few years, but fiscal imbalances persist and deepen with the current monetary mismatch. To hold the crawling peg, The Central Bank sold more than US $ 200 million in the first week of the month, with the dollar adding 44 cents to settle at $ 74.44 (Friday closing). Whereas, if we take into account the month of August, it totaled sales of more than $ 1.4 billion.

All this, within a framework of very limited reserves. This last week, on time, gross reserves went from US $ 42,915 million to levels close to US $ 42,600 million this Friday. The Free Availability Reserves, on the other hand, are around US $ 6,500 million.

“The Government will seek to combat the gap with the tools that the BCRA has available –mainly sale of bonds-. On this issue, The BCRA has a total of US $ 7,600 million in the new 2030 and 2035 bonds, available to sell in the market and lower the CCL and MEP prices if necessary. In addition, there are ANSES and other funds such as the SRT of the Ministry of Labor, which are added to the firepower of the BCRA to be able to reduce the gap “, highlighted from the PPI consultant.

They added “if the imbalances are maintained and the monetary entity runs out of weapons to fight the gap, we will return to the same problem and having spent more resources.”

Apart from the natural cut in liquidity exhibited by the domestic market, the Investors also expect indications about the future of the economy to be included in the 2021 budget project with the adverse drag of the coronavirus pandemic.

He The tourist or solidarity dollar started the week with a rise of 39 cents to $ 102.62, since the retail ticket, without the PAÍS tax, advanced 30 cents to $ 78.94, in exchange agencies and banks of the city of Buenos Aires according to the survey of Ambit.

At Market exchange rate, the currency rose 21 cents to $ 74.65, coinciding with the usual selling position of the Central Bank, which -according to private sources- ended the day with a balance in favor of approximately $ 10 million. In this way, the monetary authority bought currency again after 20 days.

The holiday in the United States for Labor Day (Labor Day) had a full impact on local activity, which was significantly reduced and was limited to those operations carried out against the local accounts of financial entities at the Central Bank and those that can be settled as of tomorrow when the activity returns to normal.

During the round, prices remained anchored again at the sale level determined for the date by the monetary authority and remained unchanged until the end of the day. In an environment of very low business volume (US $ 117,040 million), the genuine offer had a slight recovery that served to collaborate with the official regulation strategy, supplying authorized purchase orders with relative fluidity.

“The correction continues to show a slight upward bias compared to last Monday, a factor that may be confirming a somewhat more pronounced slide in dollar prices, but always without abrupt changes or significant jumps in the price,” said analyst Gustavo Quintana.

For the second consecutive day, the blue dollar closed lower this Monday and the gap with the official wholesale price fell to a minimum of four and a half months.

The parallel ticket yielded $ 1 to $ 131 for sale, its lowest value in a month, according to a survey of Ambit in caves of downtown Buenos Aires.

In this way, the The gap with the wholesale dollar narrowed to 75.5%, the lowest since last April 22. The spread between the two prices came close to 95% at the end of July, and reached a maximum of 104% in mid-May.

Since the quarantine began, the blue accumulates an increase of $ 45.50 (from the $ 85.50 of March 20)Product, among other causes, of greater restrictions, not only in the Single Free Exchange Market, but also for operations with the CCL dollar and the MEP.

At Rofe futures marketx, US $ 324 million were operated. The terms showed drops again, end of September at 34.01%; October at 40.02%. The BCRA continues at the end of the month.

Quebec on its way to a second wave of COVID-19