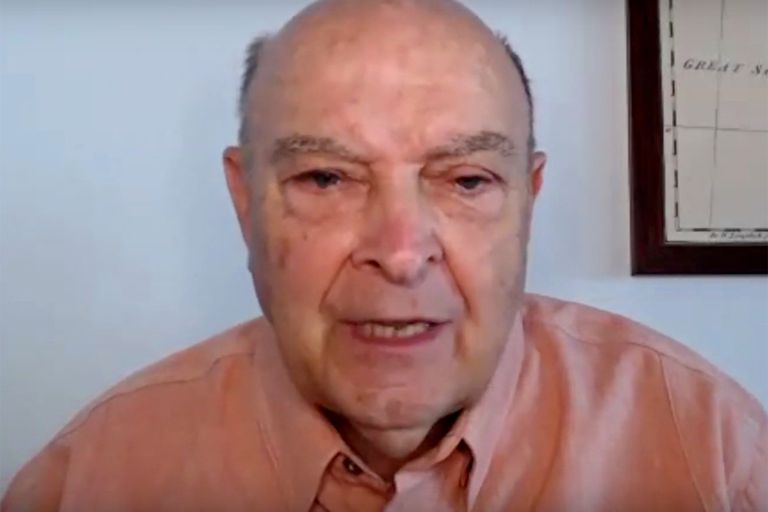 The former Minister of Economy Domingo Cavallo considered it necessary to advance in a reprivatization of Argentinian airlines from the lack of agood service” with competitive rates, according to what he said in a live chat he gave through the social network Twitter.

“It is a company that should be re-privatized, and reset [así] in the sector a climate of competition and deregulationCavallo said. Is about a proposal that he had already launched on other occasions, based on his observation on the deficit nature of the state firm.

Cavallo referred in this way in the framework of a talk he shared with the economist Nicolás Cachanosky, and which was organized by the journalist and essayist José Benegas through the social network. The economic situation in the United States, the geopolitical conflicts in Europe, the attention on China and Russia, and fundamentally domestic problems guided the conversation.

In this context, the former Minister of Economy of the governments of Carlos Menem and Fernando de la Rúa defended the privatization that he promoted at the beginning of the 90s and related it to the energy situation, criticism of the concessionaire companies, and the problems of tariffs. .

“Now we hear from this government that the fault is because the state companies were privatized and not because of the frozen rates. Lying stories are put together and responsibility is misallocated and they explain wrong the causes of the problems”, he stated.

Cavallo defended his scheme for the privatization of state companies under the Menem government and included it in a stage of “deep reforms” in which he assigned a fundamental place to the Convertibility regime, the parity of 1 dollar – 1 peso, whose abandonment by governments after the 2001 crisis still condemn.

“In the 1990s we could not have carried out privatization, deregulation and opening up if we had not managed to eradicate inflation first. through the convertibility regime, which forced monetary policy to stop producing inflation“, Held.

According to Cavallo, the country is “paying the consequences” of the “institutional coup” that in 2001 removed Fernando de la Rúa from the presidency and him from the Ministry of Economy because he “broke the rule” of a ten-year period “without inflation.” due to convertibility.

“The barbarity that Duhalde did, was followed by Néstor Kirchner, Cristina Fernández and that Alberto Fernández is now accentuating, but with the effective leadership of Cristina de Kirchner, It is a setback for the economy and politics“, he pointed.

The economist believed that the permanence of the inflationary problem is subject to advantages that the political class takes advantage of. “The inflation trend in Argentina, both of governors, presidents and ministers, is because they understand that public debts must be liquidated, not pay them”, he maintained and added: “But the private sector itself is also used to getting rid of debts through inflationary blows”

The former official rescued the irruption of the movement of the libertarian economists in recent years as the figure of Javier Milei In Buenos Aires city. Cavallo said “they are somewhat exaggerated when they express their ideas but he pointed out that they are having “a positive effect” on youth.

Going forward, the former minister considered the country’s priority to move towards growth through a “good stabilization program, based on a reform of the monetary and fiscal regime”. He said that both reforms have to take place “at the same time”, but assured that in the monetary aspect there has to be a “rennet” modification.

An estimated 88,000 Tonga islanders affected by volcanic eruption, according to government – World Chronicle

“We know that we have strong local roots here”: the review of the troops of Valérie Pécresse in the Yvelines