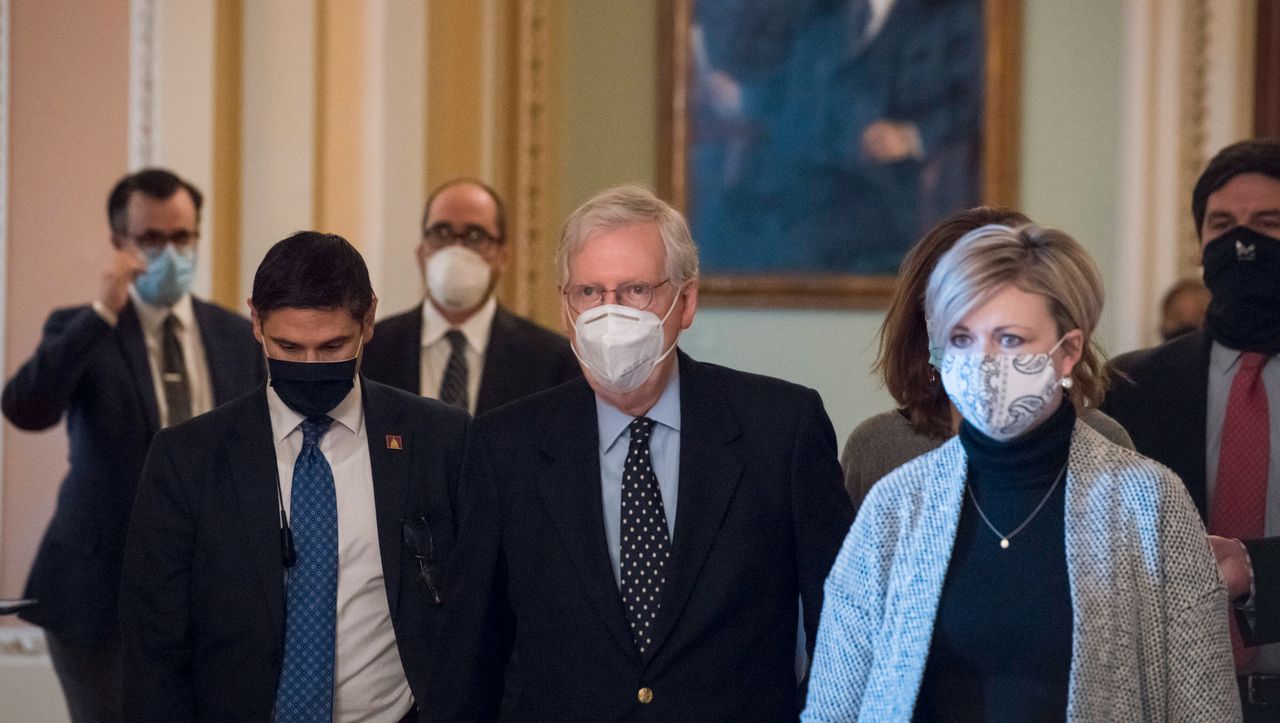 The request of the incumbent US president Donald Trump After higher Corona aid payments to citizens, a violent political tussle has triggered – with unusual alliances. After the US House of Representatives voted on Monday with a two-thirds majority for an increase in direct aid to 2000 instead of $ 600 as previously planned, the Democrats tried on Tuesday to get a quick vote in the US Senate as well. However, they failed because of the Republican majority leader, Mitch McConnell, who initially blocked this.

McConnell put the Democrats off – and with it Trump – and said the Senate would “begin a process” this week to address this, along with two other President’s concerns. There is resistance among Republicans to the increase because measures totaling more than $ 900 billion have already been approved.

Trump urged the Republicans in the Senate to agree immediately if they “have no death wish”.

McConnell also appealed to his Senate colleagues on another issue to oppose the president: They should – like the House of Representatives – break Trump’s veto on the defense budget. A corresponding vote is planned for Wednesday. Trump had blocked the bill passed by a clear majority by both chambers with a volume of 740 billion dollars.

The debates in the Senate are particularly significant because run-off elections for the two seats will take place in early 2021 Georgia occur. You decide which party will have the majority in the Chamber in the future. The already elected members of the new congress will be sworn in on Sunday.