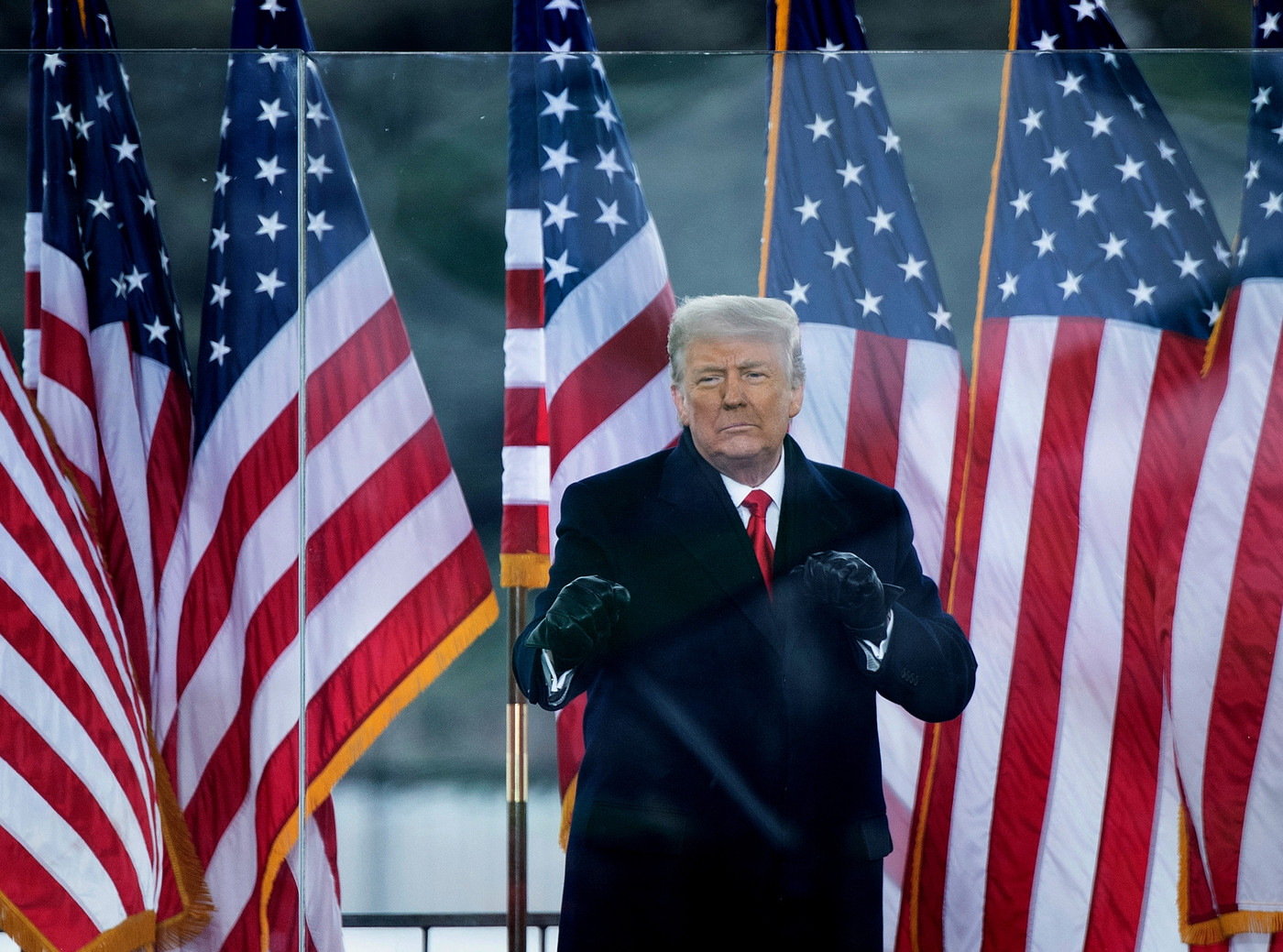 Banned from the social network Twitter, his favorite mode of communication, Donald Trump has remained largely invisible since his departure from Washington on January 20. However, the former president, who has been reclusive for three weeks in his residence in Mar-a-Lago, Florida, on the outskirts of which people nostalgic for his presidency find themselves daily, does not intend to be forgotten.

→ EXPLANATION. More and more isolated, Donald Trump will be tried from February 8

This is because he still enjoys, despite his supposed responsibility in the violent invasion of the Capitol on January 6, the subject of his impeachment trial in the Senate from Tuesday February 9, a significant influence within the “Grand Old Party (GOP).

$ 30 million raised from its supporters

Besides his “capital” of nearly 75 million votes collected in the November 3 presidential election – more than any of his Republican predecessors – Donald Trump also has money. A lot. During his crusade to overturn the presidential result, which he continues to challenge, he allowed his new political action group, “Save America”, to raise $ 30 million from his supporters.

A spoils of war that he intends in particular to use to support “baby Trump”, young candidates ready to follow and defend him in all circumstances, in particular to replace his opponents within the party, during the next primaries republican.

In the United States, all elections can lead to primaries: all you need is money and political support to challenge an elected official from your own camp. It is the voters who decide, not the staffs. Candidates supported by Donald Trump – and by those, many, who continue to see him as a savior – are already preparing for the mid-term elections which, in November 2022, will see all representatives (equivalents of our deputies) , a third of senators and many governors put their seats on the line.

See Also:  Waitress receives a tip of two thousand dollars and the owners of the restaurant refuse to give it to her

This is the case, in particular, in the constituencies of the ten Republican deputies who voted to indict Donald Trump at the start of the “impeachment” procedure. The seat of Wyoming MP Liz Cheney, party number three in the lower house and daughter of former vice president Dick Cheney, is particularly coveted. Her colleague from Florida, Matt Gaetz, a staunch supporter of Donald Trump, even made the trip to Wyoming to campaign against her.

Don’t anger Trump and his constituents

It is therefore impossible for Republicans to strike the post-Trump hour. Especially since the former president does not show contrition. At the end of January, he would have given his support to Marjorie Taylor Greene, the sulphurous member of Parliament for Georgia mired in a series of embarrassing revelations.

→ ANALYSIS. Impeachment of Donald Trump: a necessary, but cumbersome trial

Notorious conspirator, she was notably accused of condoning threats of assassination against several Democrats and of having verbally assaulted a young survivor of the shooting in a high school in Parkland (Florida) in February 2018. Embarrassed, the Republican leadership in the House of Representatives has decided not to sanction it, to avoid upsetting the Trumpist electorate, of which Marjorie Taylor Greene is one of the champions.

Do not anger Trump or his constituents. Kevin McCarthy, leader of the Republicans in the House of Representatives, has grasped this issue. Two weeks after declaring that the billionaire “Bore the responsibility From the Capitol headquarters, he visited him in Mar-a-Lago, in a step of party unity, well aware that, outside Washington, Donald Trump and his ideas retain a strong popularity. Elected officials, activists or Republican officials across the country perpetuate his “Big Lie” (“Big lie”) on an alleged widespread electoral fraud during the presidential election.

See Also:  More than two million cases and 126,000 deaths from the virus in the world

And in several states and counties breeding grounds for future elected officials of the party, notably in Arizona or Nebraska, the GOP bodies have issued symbolic sentences (“censorship”) of their representatives in Congress for not having supported the former tenant of the White House.

“All this shows the power that Donald Trump retains within the party, analysis Pete Seat, Republican strategist in the consulting firm Bose. Usually, former presidents take a step back. They write a book, take up painting like George W. Bush, campaign from time to time like Barack Obama and Bill Clinton. Donald Trump’s future role in the party will depend on him. Much of the Republicans want to hear him because he was their messenger. »

Sharon Delaney is one of them. This voter of Donald Trump in Pennsylvania still resents the elected Republican who have “ loose The former president after January 6. She is among the 92% of her voters who want him to run again in 2024, according to a recent Axios-Ipsos poll. “Republican elected officials who cannot support a president of their own party have to worry about, she says. Donald Trump succeeded in attracting voters who considered themselves independent, even Democrats. He created a movement and it must continue to have a voice. “

“Today there are three camps: those who want to respect the homeland, respect the party or pledge allegiance to Donald Trump, summarizes Rockman Bentumo, a Republican activist in Georgia (south-east). Right now we are experiencing division and disappointment. We can recover from the disappointment, but if we are divided Democrats will benefit. »

See Also:  Video | Donald Trump greeted from the White House prior to his hospitalization for coronavirus

For this lawyer who considers himself moderate, Donald Trump will be the key to reconciliation. “He’s the most popular Republican today. We can’t put it aside. After the Capitol siege, he learned from his mistakes. These had commercial consequences for him. The brand of his daughter Ivanka is less successful than before. His business has lost sponsors. The lifestyle of his clan is disrupted. He will want to go back to normal “, He wants to believe.