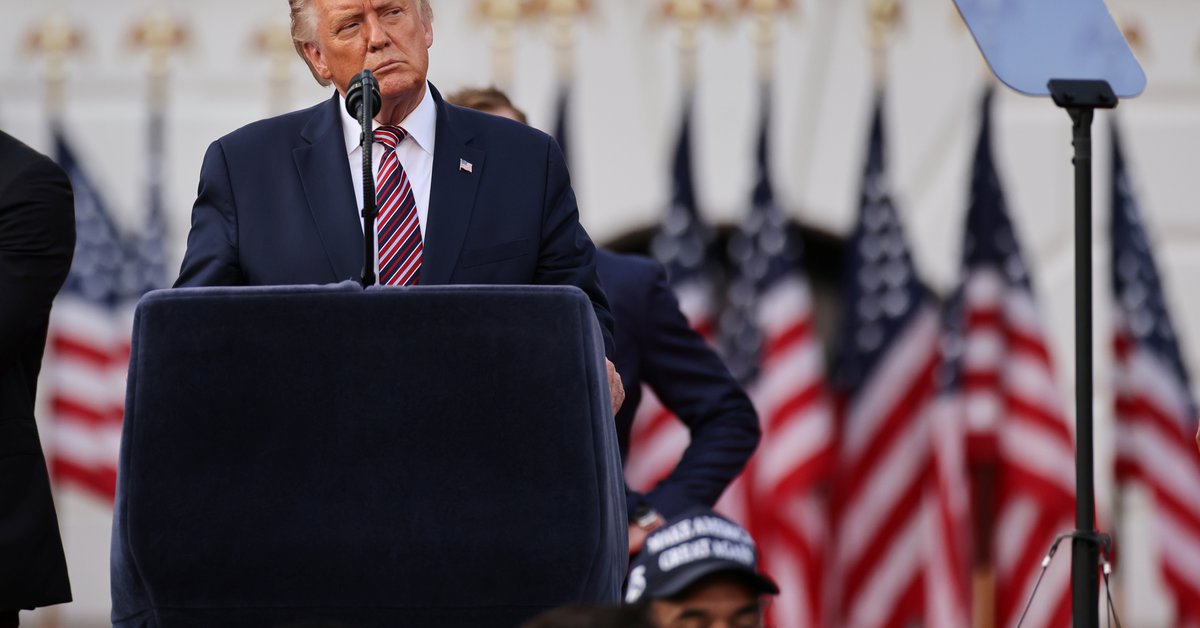 The president of the United States, Donald Trump, will present himself as the last line of defense of the American dream threatened by “chaos” and the “radical left” when he accepts this Thursday the presidential candidacy of the Republican Party to seek his re-election in the elections of the November 3.

“We have to win. This is the most important election in the history of our country “he said Monday at the start of the event, whose formal section – that is, the nomination by party delegates – took place in North Carolina.

Trump has repeatedly assured that the “American dream will be dead” if his opponent, Democrat Joe Biden, prevails in the elections.

Tonight, the appearance of the president, live at 10:30 p.m. (02:30 GMT) from the White House grounds, will close a party conclave held largely in virtual format by the pandemic, but which nonetheless had Trump in a preponderant role on each of the days. The event is broadcast by the Republican Party and the various television networks in the country.

Supporters of President Donald Trump await his speech, in which he will accept the Republican party’s presidential nomination to seek his re-election in November. Photo: REUTERS / Kevin Lamarque

The fireworks will end the evening from the heart of Washington after four days in which officials and family members praised the character of the president and his management.

The second nomination of the 74-year-old Republican magnate comes amid an unprecedented health, economic and social crisis in the United States, caused by the Covid-19 pandemic. The country has more than 180,000 deaths – the highest figure in the world – unemployment reaches 10.2%, and massive demonstrations have been calling for an end to racism and police brutality for three months.

The latest protests have occurred since Sunday in the Wisconsin city of Kenosha, where an African-American man, Jacob Blake, was shot seven times in the back by a white police officer. “We will not tolerate looting, arson, violence and lawlessness on American streets,” the president tweeted Wednesday, vowing to “restore LAW and ORDER.” In addition, he indicated that he would send federal agents and members of the National Guard.

It is expected that Trump, who days ago presented himself as “the only one standing between the American dream and anarchy, madness and total chaos”, insist on this rhetoric, amplifying the message that permeated Vice President Mike Pence’s speech when he accepted his new nomination on Wednesday night.

The rhetoric contrasts with the position taken by the players and teams of the country’s professional sports leagues, who They have decided to suspend their meetings in the last hours to show their solidarity with the protests.

The first step was taken by the Milwaukee Bucks, an NBA team based in Wisconsin – where the shooting of Jacob Blake and the murder of the two African American men at the hands of a white teenager occurred in the middle of the protests – and then it was followed by the rest of the league. Shortly after and throughout Friday Soccer, baseball, hockey, and football teams made decisions of a similar nature.

Trump’s message regarding COVID-19 generates expectation, since the subject was almost totally absent from the convention except for the words of his wife, Melania, who acknowledged on Tuesday the impact of the “invisible enemy” and the pain and anguish it has generated. The issue is considered key to ensure the electoral victory of one or the other.

According to the FiveThirtyEight.com website, 58.2% of Americans disapprove of Trump’s response to the conronavirus crisis, while 38.7% approve of it.

The grand finale of the Republican convention is not without controversy.

Choosing the White House as the backdrop for Trump’s speech blurs the traditionally respected lines between the president’s functions and the candidate’s actions.

Democrats have even said it violates the Hatch Act, which prohibits federal officials from engaging in political activity on government property. The same accusation was leveled against Secretary of State Mike Pompeo, given the tradition of US diplomats not to participate in partisan events.

They consider Trump’s battles their own and proudly endorse him

Pence said the US is “on track to have the world’s first effective coronavirus vaccine by the end of the year.”

anti-racist protesters gathered in front of the White House