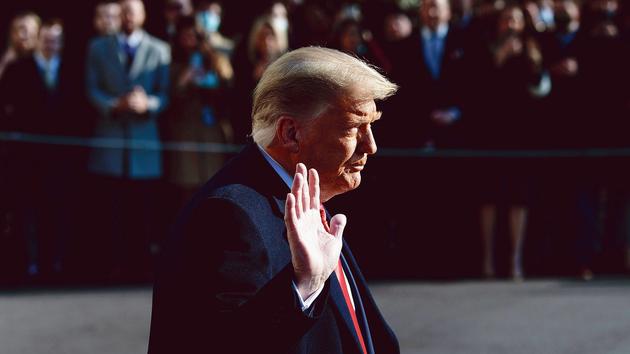 STORY – The outgoing president, who will not attend Joe Biden’s nomination, is due to fly to Florida on Wednesday.

The official program for the last day of his mandate was summarized by the same formula as for several weeks: “President Trump will be working from early morning until late at night. He will be making many calls and having many meetings. ” Deprived of his Twitter account, which was his main medium during the four years of his presidency, and with which he held the entire country on suspense, Trump was unusually silent.

He has not been out of the White House since his trip to Texas last week. According to the American media, his main activity would have been to prepare the hundred presidential pardons, the beneficiaries of which were to be announced on Tuesday. He also recorded a message, which was also to be broadcast for the last day of his mandate. According to CNN TV station, he wouldn’t concede defeat in this farewell message.

Sources in the White House described a president

See Also:  The coronavirus already leaves more than 310,000 fatalities in the world