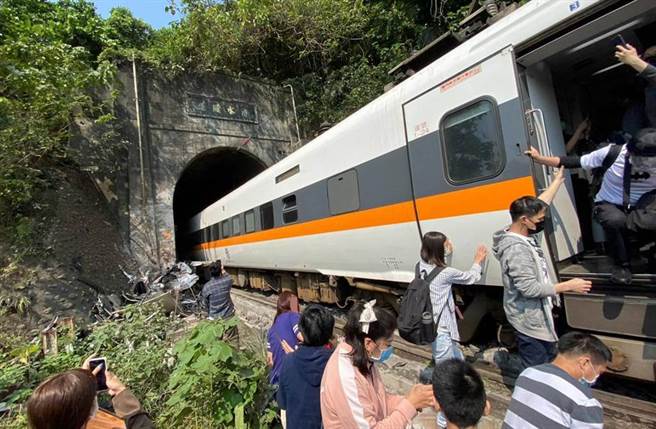 Taiwan Railway Taroko derailed 408 times, resulting in 49 deaths and more than 200 injuries. The Ministry of Health and Welfare set up a special disaster relief account on the 4th and raised 810 million yuan by the 11th. Li Lifen, Deputy Minister of Health and Welfare, said yesterday that one-third of the total donation will be used as a subsidy for the victims’ families. It is estimated that at least 270 million yuan will be allocated, causing netizens to criticize “What does it mean to have at least 270 million? Donations are all for the victims.” Owner!”

The Ministry of Health and Welfare stated in a Facebook PO post yesterday (12) that since the establishment of the Taroko disaster relief account on the 3rd, as of the 11th, 33,218 donations have been received, totaling 814.1 million yuan. The final donation day is April 30, and donations will be received on the 15th in advance. Li Lifen, Deputy Minister of Health and Welfare, also convened the first management and supervision committee of the special account for disaster relief yesterday, saying that 1/3 of the total donation will be used for the families of the victims as a subsidy.

As for the remaining 540 million yuan, the Ministry of Health and Welfare also stated that it has reached 7 major consensuses, including financial support for the affected families, medical subsidies, education subsidies, psychological reconstruction, legal assistance, care for the survivors, and projects approved by the committee. The specific amount has not yet been discussed.

However, netizens were strongly dissatisfied with the way the donation was used, and left a comment under the post of the Ministry of Health and Welfare, “May I ask what is meant by at least 270 million for the victims? Isn’t the intention of donating all to the victims? Who allows you to use it for other purposes? “, “What about the other two thirds? Can you make it clear?”, “Is such a large donation really sent to the families of the victims? Will it again become a source of oil and water for certain government officials?” “Why didn’t say it clearly at the beginning? Is it difficult to be open and transparent? Please don’t abuse the love of the people?”