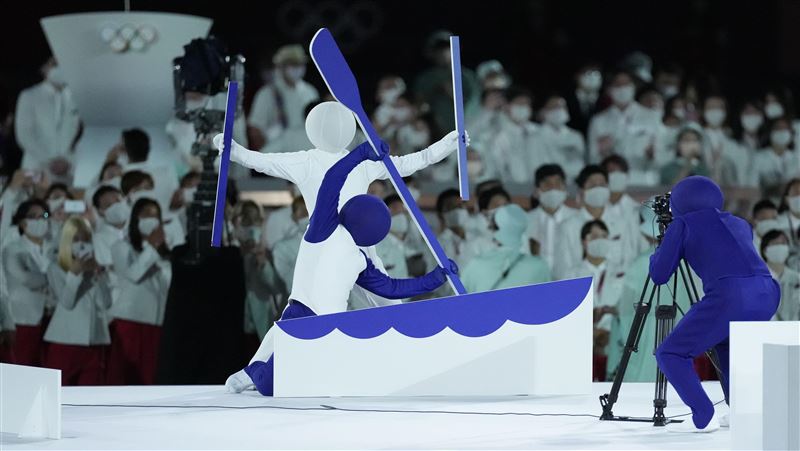 International Center/Reported by You Yalan

The opening ceremony of the 2020 Tokyo Olympics came to a successful conclusion at the National Arena in Japan. In the performance program introducing sports before lighting the torch, a few “little blue men” were incarnations of the Olympic sports symbols. The classic Japanese variety show “Super Change” was staged. The bridge section of “Bian Bian” caused a topic. And now their true colors have also been exposed, recalling that they shouted “super panic, but very happy!”

This year’s Tokyo Olympics has a total of 50 different sports. The opening performance consisted of 2 full-body blue and 1 full-white actors performing 50 different sports icons. After the actor covered in blue and white tights appeared on stage, through his fingers, various patterns, and the sound effects of the sound, many people thought of the classic Japanese variety show “Super Change”.

The East Olympics Organizing Committee announced the list of performances on the official website. In fact, this group of performers are HIRO-PON from the comedy group “Gamarjobat”, and 5 people including MASA and hitoshi from the mime group “GABEZ”. Among them, “GABEZ” came to Taiwan to perform in 2016 and 2018. In the world, “a simple and lively physical comedy that anyone can understand” is the main performance.

In the opening live performance, there were episodes of props dropping, but the few people still worked together and completed the performance, which became a highlight of the opening performance. In response to this, GABEZ said on Twitter, “I was so panicked, but very happy! Thank you very much!”