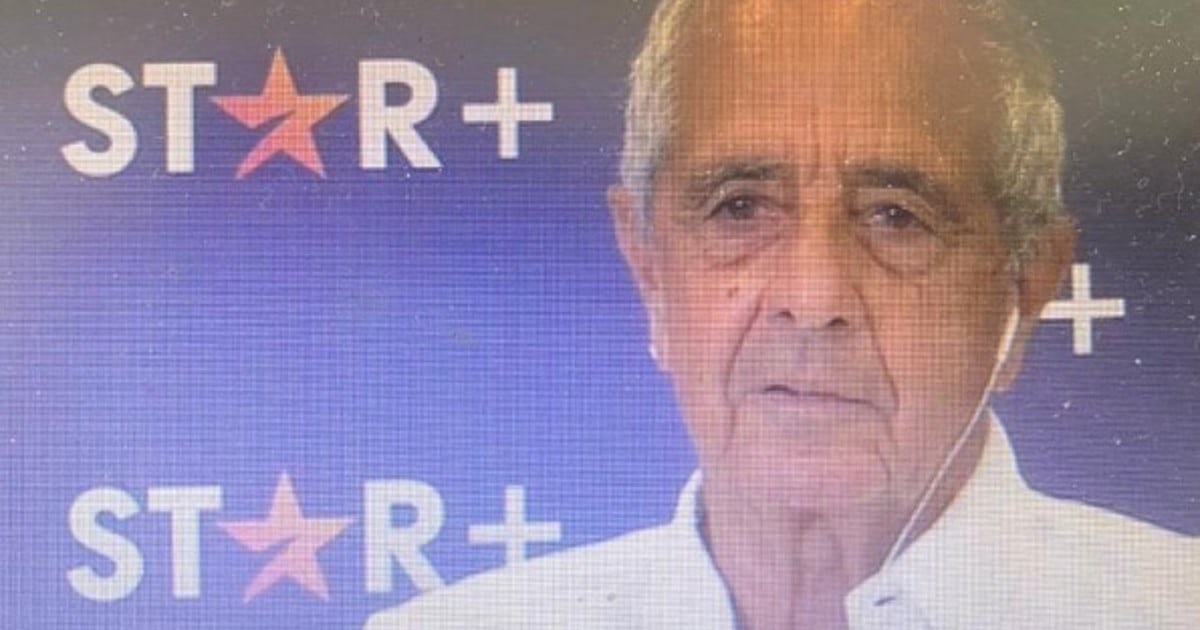 His last six months at River. “It is a very exciting moment, very beautiful. My last preseason, I was in more than 15 … You have indelible memories of different sports and non-sports things, and you feel that you are saying goodbye. Much pride for having worked in this club “.

-Your best moments at the club. “When you summarize what we have experienced, I think we have not only the sports part because everyone is listening to what has happened with football, but the club has grown a lot. A lot. In all aspects: social, sports, school , the university, the work we did in Ezeiza, the River Camp. It was almost a punishment for the players when they went to train and today it is a pleasure for the technology that there is, the playing field we did … And then there are the sporting moments that we live: the Libertadores Cups that have been so important, the South American Cup and the Argentine Cup. River was a team that won more local championships, but did not win international tournaments, so welcome and happy to have lived it. “

-Her future. “Until December it is River and my full time dedication is with the club. Then there will be time to think ahead because I am not to stay still, I will do some things. But all in good time. If there is something that I have left to do is work intensely about the things that remain to be done in my mandate and arm with those who may become the future authorities that give continuity to the projects. The idea is that the continuity is given by Jorge Brito, Matías Patanian, Villarroel, Taratuti, Ballota , Say Carlo, etc. The one who’s leaving is me.

-I think River is very competitive and has always been, and with the additions we made at the beginning of the year we have completed the squad and in this preseason I have seen them work hard. The other day Pipita Higuaín came, in a very affectionate parenthesis he did 400 km to be with us, and we all talked for a long time: Francescoli, Gallardo, some players who were with him, the younger ones asking him. Really what you see and what surprised Pipita is the intensity with which River trains. He was amazed at what he saw. River trains like this. And the youngsters had not yet had a preseason at River, and now they have been able to. This will be good for them because there are going to be many games between the Cup if we can continue, the Argentine championship and the Argentine Cup. Let’s not talk about the seven players who are in South American teams. They will be brave five months.

The future of Borré. The contract ends today (Wednesday). It coincides with Messi’s, ha. Borré is currently experiencing something that he always wanted, which is to play for the Colombian national team and it is time to leave him alone, to end his cycle with Colombia. Hopefully he always reaches the maximum and that he does not face us, I hope that he will have to return. But there we will talk. For the moment you have to have peace of mind. The representative has changed, he has made contact with the people of River, we have agreed to speak again once this stage of the Copa América has passed. It is in him the decision.

More about Borré. No concrete offers came in, absolutely nothing. In the last two months I was in Palmeiras, Gremio, everywhere. And always the version we had of him is that there was nothing concrete, nothing came to River. There is talk that they come for him, but River only received a loan for Zuculini, from Cremonese: the offer was a loan with an option, but the player and Gallardo have to decide. We are happy because he is a great player and an excellent person. Within the group he is a very beautiful person that you value him a lot, in addition to what he is as a player. They will decide in the next few days. “

About Riquelme. “I don’t know what Riquelme said. Let him take care of Boca, I take care of River. I won a local championship with Ramón Díaz so I’m happy I have no problem. And apart I hope to win this one too.”

-The return of Orlando. “Before leaving, he was discussed with authorities because although this provision of the 600 quota was not in place, the quarantine was already in place. It is nothing new. The team will arrive and they will be able to continue their training, they will play their friendlies and then they will go to the River court against Argentinos. The games for the Copa Libertadores were always very brave. Tremendous matches. There is a whole story between the two clubs and it will happen again because Argentinos have a great team. It will be a brave game. “

-Has Riquelme changed history with River? I leave it for the opinion of you and Riquelme. I don’t take care of Boca, I take care of River and Argentine football because we are living a very special moment with the Argentine national team. I see Messi very well. I see it on television obviously and I see that Messi has the opportunity he is looking for and I want it as an Argentine and as the president of a club. Hopefully Messi can achieve something that he yearns for. It is brave because the teams are all brave but why not. Why not be happy to win this Copa América. I’m a longtime Argentine fan but at this moment even more so because I understand that it may be the last years to win a Copa América and a World Cup. Messi is an example for the youth, an example of a professional, of humility, as well as an extraordinary being “.

– “What about Julián Álvarez does not attract my attention because he is a player with a present and a long future. For him it is an immense honor and being so young it is something enviable. He has to be enjoying it to the fullest. These are those opportunities that the The life of playing alongside Agüero, Messi and so many consecrated people. And also being with his teammates: Montiel, Armani … And what I see in the team is the number of River players, it was always historical. I think that We must be the club that gives more players to the Argentine National Team.

-The future of Gallardo. “I wish him the best. This is Marcelo’s. He has an immense future. He is the best coach in Argentina, one of the best in the world, but not only because of the results but because of how he works, how he plans, how he leads a group, his personality, his qualities. Within an organization, the president has many area managers and Marcelo is the general manager of football. It is good to have the best ones. I wish it for the companies, from River, and for the politicians: surround yourselves with The best. Having the best being president, he may possibly reach the goal. And this is Gallardo. He has shown it and continues to show it. Hopefully he will stay in River much longer. “

More of Gallardo’s future. “I believe that Gallardo’s decision to continue or not to continue will not depend on whether or not I continue my mandate but on his personal decision. It has to do with his will, his desire, you have to spend seven and a half years, eight years in a club with the pressure that River has. It has many advantages: the love of the people, the affection, what he receives … If he leaves River, he may achieve as good or better results than he achieved in River, but What he will never be able to have is that love and affection that the people of River have for him. Even if they take him to the best club in the world, he will never experience this again, that passion that the Argentine has and in this case that of River for him. “

The historic night: “In these hours we were chatting with friends and leaders and Enzo (Pérez) himself about the things we have experienced. But one of the last was the day we played with Santa Fe de Bogotá and we were 5 leaders because we could enter 5 leaders of River and 5 of Santa Fe. Five. Imagine 5 people and suddenly I see the Colombian team enter and I knew what awaited me: seeing River with 11 players, Enzo Pérez as goalkeeper, it was a surreal movie, very rare. In six minutes we won 2-0, River was wonderful because Enzo behaved very well, but the teammates behaved better because the bullets did not reach him. I remember that the next day they called me from Spain, Italy, Spain … All of Europe called me because they couldn’t believe that a player from the Argentine national team, that a player who had played in Portugal and Spain had played with a field goalkeeper in a team like River “.