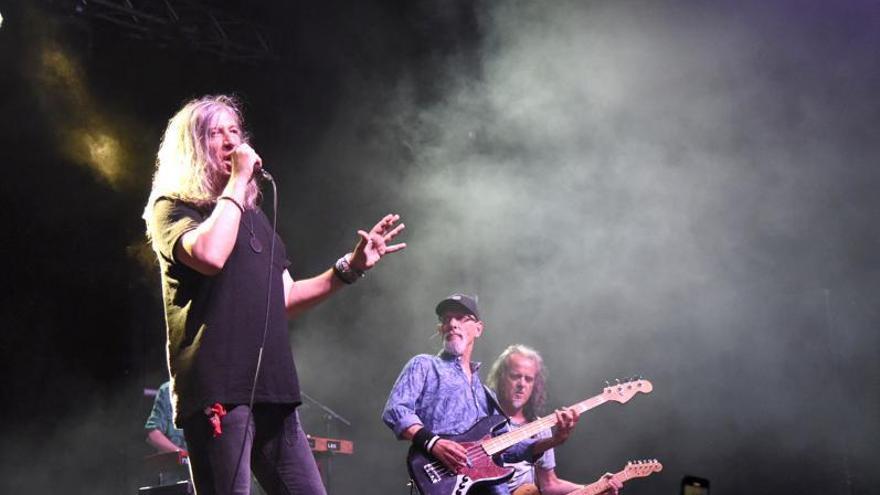 Double celebration last Saturday in Sant Antoni to the rhythm of the great successes of Sopa de Cabra, which turns this summer remembering the 30 years of Ben Endins, the album that keeps anthems of a whole generation like Si te quedes amb mi, El boig de la ciutat , You will never find, Sex or L’Empordà. 25 years ago in Calonge the activity program Estiu Actiu was premiered and Sopa was performing for the first time. He had not returned since then, precisely to celebrate this quarter of a century of the initiative’s life and also to kick off the new F’Estiu Festival. They could have filled two or three Collets, tickets sold out in a matter of hours and even Quintana recalled that shortly before the concert they were still asking for them. In the end, half a hundred “privileged” people were able to remember the best songs of Sopa, under an imposing and red full moon, with views of the sea and the north wind as a guest.

It was an intense two hours, which started with Tot queda igual and closed with Camins, already in a final stretch in which the group left aside the album that pays homage to embrace other songs equally fetish for the group. Everything that was supposed to sound sounded, even tracks that on other tours had been left in the drawer like Blue jeans, pure rock and roll, or The Ballad of Dicky Deeming, and classic pieces like The Madman of the City appeared with new repairs. There was nostalgia, a lot of nostalgia, and that was it because it was about singing over time and we are still here, despite everything and the circumstances. Quintana had time to remember the bitter controversy generated by El sexo when TVE broadcast a video at 9 in the morning, and beyond the usual proclamations, took the opportunity to charge against Casado and the PP for the statements of the popular leader where he questioned that Catalan was spoken in the Balearics.

In the final stretch, and already entered the encores, Ben endins gave way to six songs from other eras. He highlighted here Farem que surti el sol, the first preview that was released in 2019 of his latest album, the tenth, entitled “La gran onada”, and El far del sud, with privileged views over the Palamós. The concert closed with “Camins”, a song that once sounded like a farewell but today shows that the band stays in shape and has strings until you want.

The Active Summer program of Calonge and Sant Antoni, which commemorated 25 years with the Sopa concert, started in 1996, being a pioneer in proposing activities aimed at family tourism. This year it offers more than 700, in very different fields such as music, cinema, sports, guided tours and children’s activities. On the other hand, this year marks the premiere of the Festival F’Estiu, which kicked off with the Sopa de Cabra concert. In August, the show will continue with performances by Neus Mar and Nito Figueras, the Sant Jordi-Ciutat de Barcelona cobla, Judit Neddermann, Albert Guinovart, Andrea Motis and La Locomotora negra.