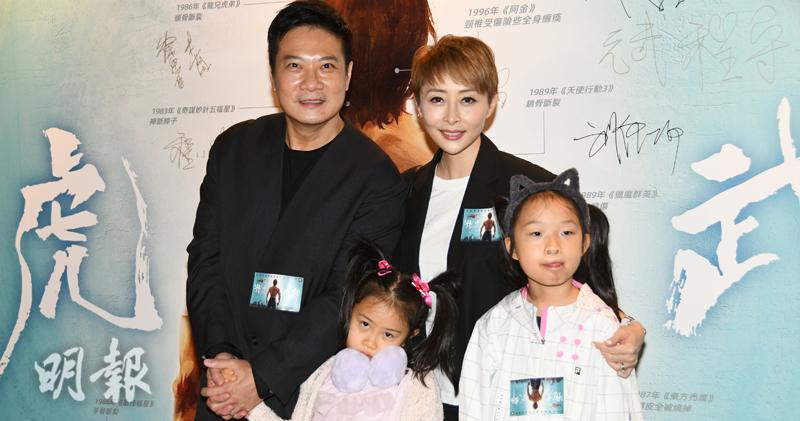 Qian Jiale and his wife and daughter attended the premiere of the film “Dragon and Tiger Warrior” he produced last night.

“Dragon” is not at the box office in the mainland. Qian Jiale said that the original intention of the film was to tell the dragon and the tiger in the form of a documentary, a non-commercial film, so there is no box office pressure.

Jackie Chan was criticized for not contributing to the film. Chin Jiale explained: “Originally, there were a lot of movies by Jackie Chan. He shot the clips himself, but he is an international artist and involves a lot of portrait rights, so I finally reluctantly cut the clips.”

Qian Jiale emphasized that the main purpose of filming this documentary is to hope that everyone knows that Sammo Hung, Jackie Chan, Yuen Biao, and Donnie Yen are not the only martial artists. He said: “An industry can win the world’s reputation. It is not possible for one or two people to do it. The whole industry must work together. However, many dragon and tiger martial artists have retired and no one knows them. Therefore, I want to use the documentary to let everyone know that they I have contributed. I’m just lucky to be known as an actor.”

Qian Jiale shared the bitter history of being injured in the film, he said with a smile: “Being a martial artist is like this! If I am not injured at my age, it means being lazy when I am young.”