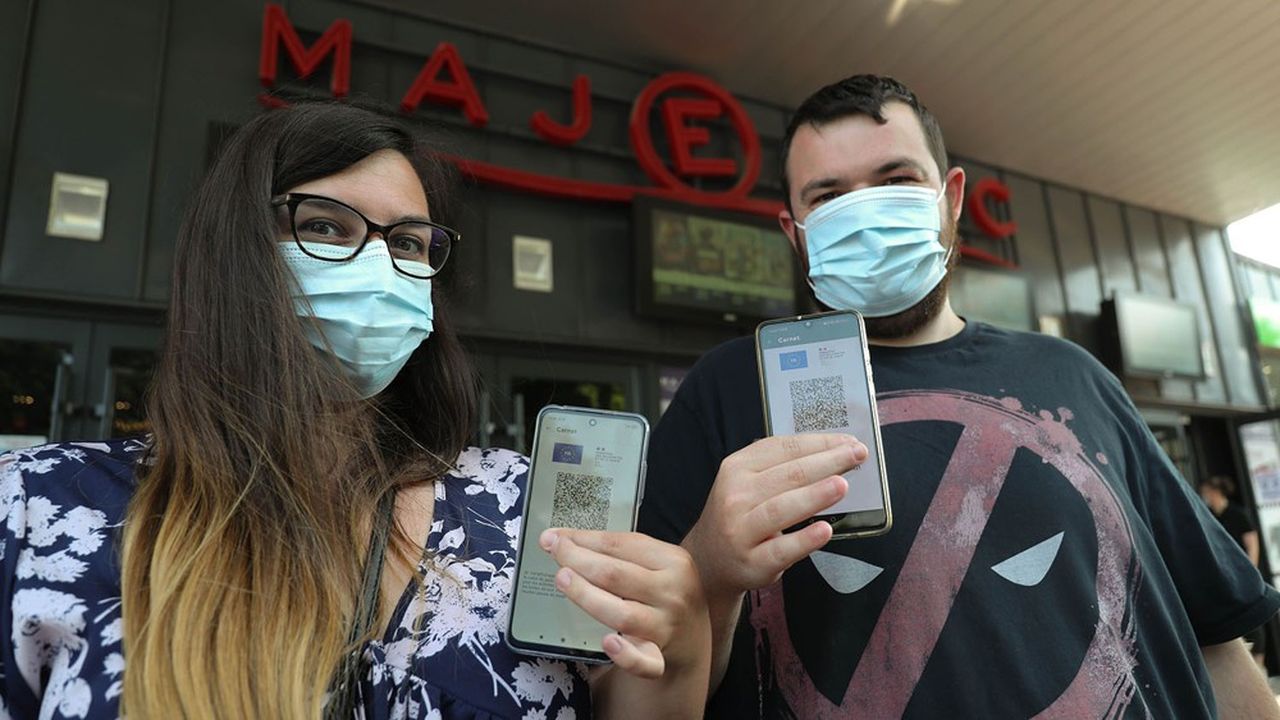 “A catastrophe”, “a collapse”, “a question of survival” … The world of cinema does not hide its concern about the drop in attendance at dark rooms, since the introduction of the sanitary pass.

The number of admissions plunged 70% on Wednesday (275,000 admissions) from the previous Wednesday, according to data from Comscore. And it fell almost 60% again on Thursday.

Since Wednesday, the health pass (which proves a complete vaccination or a negative test) is required at the entrance of all leisure and cultural places capable of accommodating 50 people or more, including cinemas, theaters, etc.

Beyond the new constraint of having to show a white leg which has cooled many spectators, professionals deplore “the confusion and mess about the obligations of cinemas and spectators. These were completely lost ”, indignant Marc-Olivier Sebbag, general delegate of the National Federation of French Cinemas (FNCF).

Large cinemas (with more than 10 screens) have been in the forefront in recent days. “Especially those with a popular, young audience,” he adds.

All the films have gone down. Those in the second week of operation posted declines of 80 to 90%. “Fast and furious 9” dropped 90% on Wednesday and 84% on Thursday, compared to the previous week’s levels, according to Comscore. “Titanium” (palm of gold in Cannes) is the only one to have held up more or less well (-46% Wednesday, -13% Thursday).

The week’s outings also suffered a lot. “Kaamelott” which had conquered 320,000 viewers for its preview Tuesday, saw its number of entries almost divided by three (115,000) on Wednesday. “The film premiered more than the entire market gathered on Wednesday !,” comments Eric Marti, CEO of Comscore France. A movie like this would normally have 400,000 admissions or more. “

This plunge in attendance comes at a time when cinemas are recovering, after several months of closure and reduced gauges. Since the end of June, the market had returned to its median level observed between 2015 and 2019.

Professionals therefore expect a very difficult, if not downright murderous, summer. “It would be even more delicate if certain films decided to postpone their release to avoid the health pass, worries Eric Marti. And this, especially since the public is particularly volatile this year, we see a lot of fluctuations each week depending on the releases. “

If a further decline in attendance cannot be avoided until vaccination is more massive, specialists are hoping for more clarity from the public authorities, in order to hope to limit the decline a little. “There was a lot of confusion about the obligations for a 50-person gauge,” he says.

Already, Thursday, the Ministry of Health has confirmed that rooms with less than 50 places could do without the health pass. Some cinemas had chosen to limit their capacity since Wednesday, for this purpose.

From now on, the sector is working to have compensation. The National Federation of Film Publishers (FNEF), bringing together distributors such as Gaumont, MK2 Films or UGC Distribution, is indignant that the health pass is “the coup de grace” to a profession already hard hit by the closing of theaters, evoking a “survival issue”. “Many distributors are wondering whether or not they will keep their programming this summer given the context,” explains Hélène Herschel, Managing Director. On Wednesday alone, the estimated loss is around 3 million euros, mainly for distributors and theaters ”.

Also, it calls for the establishment of a new plan in favor of distribution (compensation for costs incurred for films whose exploitation has almost been stopped and for future films whose investments can no longer be recovered, compensation the drop in attendance for all films in production). “During the curfew, the help of the public authorities played a decisive role in encouraging distributors to release their films, despite a small audience,” she continues.

The FNCF, for its part, also asked for “massive government assistance” (exemption from charges, solidarity funds, compensation for the drop in attendance, etc.). It will initiate discussions with the CNC (National Center for Cinema and Animated Image).