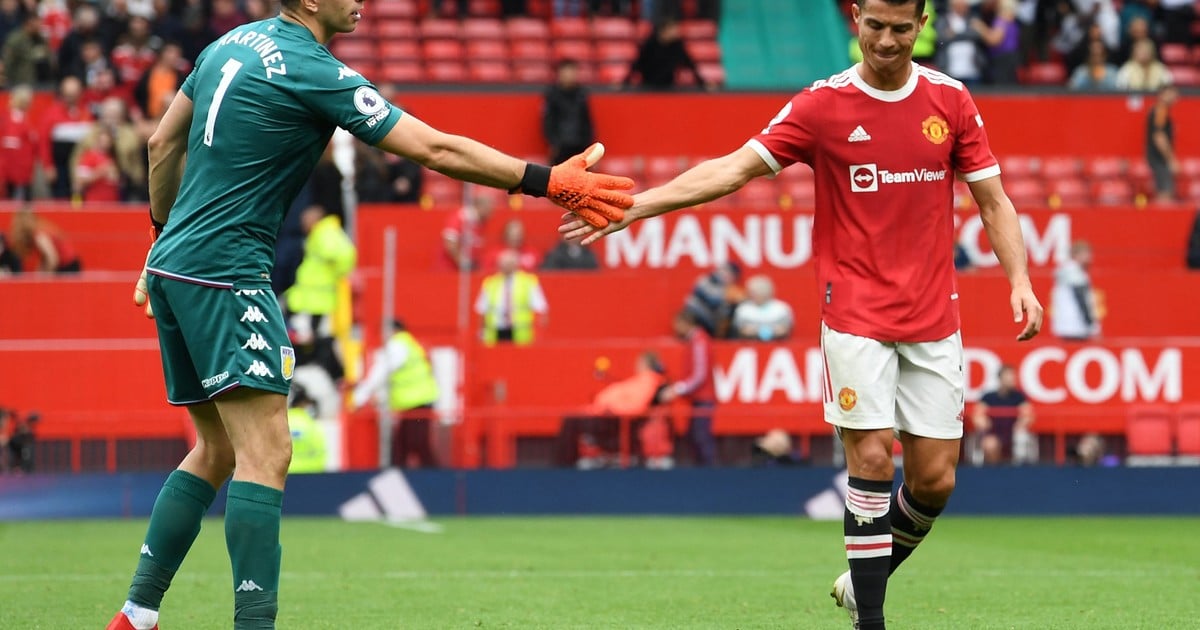 Emiliano Martinez he did it again. As in the victory of Argentine selected versus Colombia in one of the semifinals of the America Cup, the goalkeeper was the protagonist at the time of the execution of a penalty. This time he did not have to stop a shot like that night in Brasilia, but he did take care of provoking Cristiano Ronaldo. For practical purposes, his debatable practice paid off: CR7 did not execute and gave the shot to his compatriot Bruno Fernandes, who missed and allowed Aston Villa will defeat 1 to 0 as a visitor to Manchester United in a duel corresponding to the sixth date of the Premier League.

The Birmingham team had only achieved three victories in the 52 previous meetings against United, which came into this clash as one of the leaders of the tournament. But this Saturday the Villains they became strong at Old Trafford and were left with a surprise victory in a match that condensed their strongest emotions in the final minutes.

Aston Villa took the lead with two minutes left with a header from defender Kortney Hause. However, in added time Hause touched a ball with one of his hands in the visiting area and gave the team led by the Norwegian Ole Gunnar Solskjaer a great chance to draw.

Everything indicated that Cristiano Ronaldo would be in charge of the shot. Then Dibu She stood in front of him and started yelling at him. “Kick it,” he said, while with his gloved right index finger he pointed it out and pointed to the point of the penalty. The great scorer ended up moving away from the area and let Bruno Fernandes execute. His shot traveled over the crossbar. The goalkeeper’s spectacle didn’t end then, as he immediately stood up, turned and began dancing in front of the United fans.

Once the match was over, the goalkeeper left the provocations behind and greeted CR7, who completed his first match without converting since his return to Los Red Devils. In his three previous appearances he had screamed: two before Newcastle and one in front of West Ham United for the Premier League, and one against Young Boys for the Champions League.

In another great game on this date, Manchester City defeated 1 to 0 to Chelsea at Stamford Bridge with a goal from Gabriel Jesús and took a very small revenge for the defeat in the final of the last edition of the Champions League. With these results, City, United and Chelsea have 13 units and share the top with Liverpool, who will later visit Brentford and may remain as the sole leader. Thanks to their victory at Old Trafford, Aston Villa has 10 and is seventh.