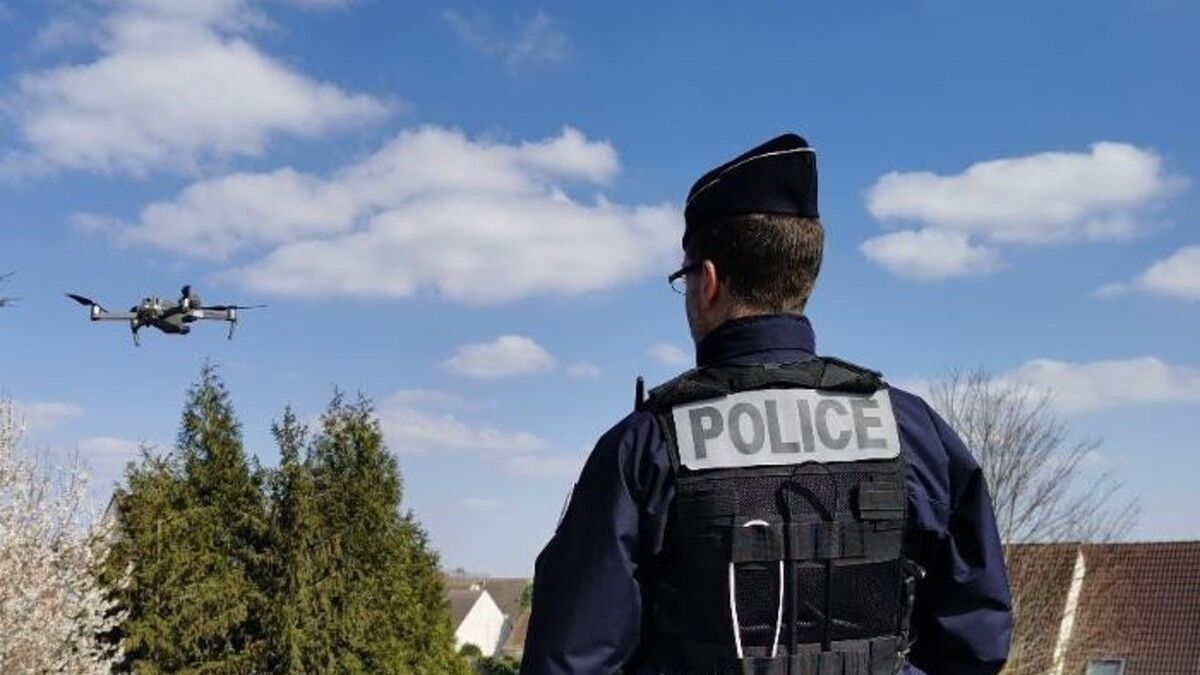 The Constitutional Council, seized by deputies and senators, validated Thursday the main measures on the supervision of the use of drones by the police, voted in December within the framework of the law on responsibility. Criminal Justice and Homeland Security.

The wise nevertheless censored the provision allowing police and gendarmes to use drones in an emergency without prior authorization from the prefect. They also objected to the possibility given to the municipal police to use them, considering that these two points did not make it possible to “safeguard the right to respect for private life. »

More safeguards than in the Global Security Act

This is not the first time that the government has tried to legislate on the use of drones by police forces. The Global Security Act, adopted in May 2021, already intended “to process images using cameras installed on aircraft traveling without anyone on board”, under certain conditions. But the Constitutional Council had quickly censored the articles of the law relating to surveillance by drones and helicopters.

The law on criminal responsibility and internal security, adopted on December 16, had reintroduced several controversial measures of the Global Security Law, swept away in May 2021 by the judges of the rue de Montpensier. But the new law this time has provided for more safeguards and authorizes the use of drones by the security forces for “the prevention of attacks on the security of persons and property”, “the security of gatherings” on the way public, “the prevention of acts of terrorism”, “the regulation of transport flows”, “the surveillance of borders, with a view to combating their irregular crossing” and “rescuing people”.

“The legislator has precisely circumscribed the purposes justifying the use of these devices”, considers the Constitutional Council in its decision. The Elders stress in particular that the police, gendarmes and customs officers will have to “specify (the) purpose” and “justify (…) the need” for the use of drones to obtain the prior authorization of the prefect.

The risk of disturbing public order necessary, considers the Sages

On the other hand, the possibility offered by the text to the security forces to use drones immediately, for four hours and without prior authorization from the prefect in the event of “particular and unforeseeable exposure to a risk of serious harm to persons or goods”, is not in conformity with the Constitution according to the Sages, who censured it.

The definition of these emergency cases, which is too broad, does not allow the use of drones to be reserved “for specific cases and of particular gravity”, according to the decision. The Elders have finally challenged the use of drones for municipal police, in all circumstances.

The text provided in particular for authorizing them to use drones for “sporting, recreational or cultural events”, whether or not they were exposed to the risk of public order disturbances and without the prefect being able to put an end to them at all. moment. These provisions “do not ensure a balanced reconciliation” between the right to respect for private life and the prevention of breaches of public order, considered the Elders who censored them.

Pyrénées-Orientales: the French challenge of the small pleasure catamaran powered by hydrogen