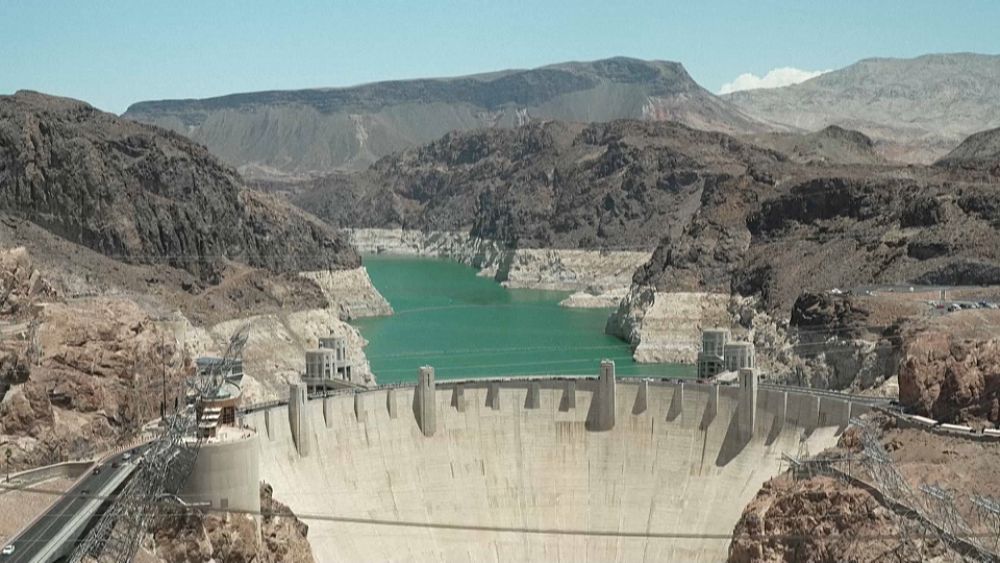 Millions of gallons of water pass through the Colorado River every day, and thanks to the Hoover Dam, they generate electricity for hundreds of thousands of homes.

However, the great drought affecting the western United States is causing reservoir levels to plummet toward the dead end, the point at which the dam can no longer produce hydroelectric power.

“We’re in our 23rd year of drought here in the Colorado River Basin and so Lake Mead is down to 28%. So there’s not as much load, so there’s not as much pressure pushing the water into the turbines, so so they have to work more. So there is less efficiency and we are not able to produce as much energy”explained Patricia Aaron, responsible for Public Affairs of the Office of Reclamation of the United States.

At its peak, the surface of Lake Mead is more than 1,200 feet above sea level. But after more than two decades of drought, it is now below 1,050 feet, the lowest level since the lake filled, and is dropping about a foot a week.

If you go below 950 feet, the dam intakes will no longer be underwater and the turbines will stop.

“We are working very hard so that this does not happen”Aaron said. “Not producing energy or not supplying water is not an option.”

Green areas in the middle of the desert

In the midst of this drought, those affected point to the artificial landscapes on the outskirts of Las Vegas or California. Where there should be desert, new construction, tourist settlements, and lush lawns abound. dozens of golf courses.

Climatologist Steph McAfee of the University of Nevada, Reno, says the western United States has always been unlikely.

“The average rainfall in Las Vegas is about 10 centimeters a year”he explained.

“And to make it possible to have cities like Las Vegas and Phoenix and Los Angeles, we depend on water that falls off the mountains as snow in parts of the West that are obviously much, much wetter.”

The last two decades of drought are not, according to McAfee, really that unusual in climatic terms, based on tree-ring reconstructions.

“That’s a consequence of climate change… driven by human emissions of greenhouse gases.”

Faced with the problem, efforts are already beginning to be made to protect water supplies. Like drought-tolerant landscaping instead of grass, and a high percentage of inland water being recycled in desert cities.

Still, some Southern Californians have complained about the order limiting outside watering of their lawns to one or two days a week in early summer.