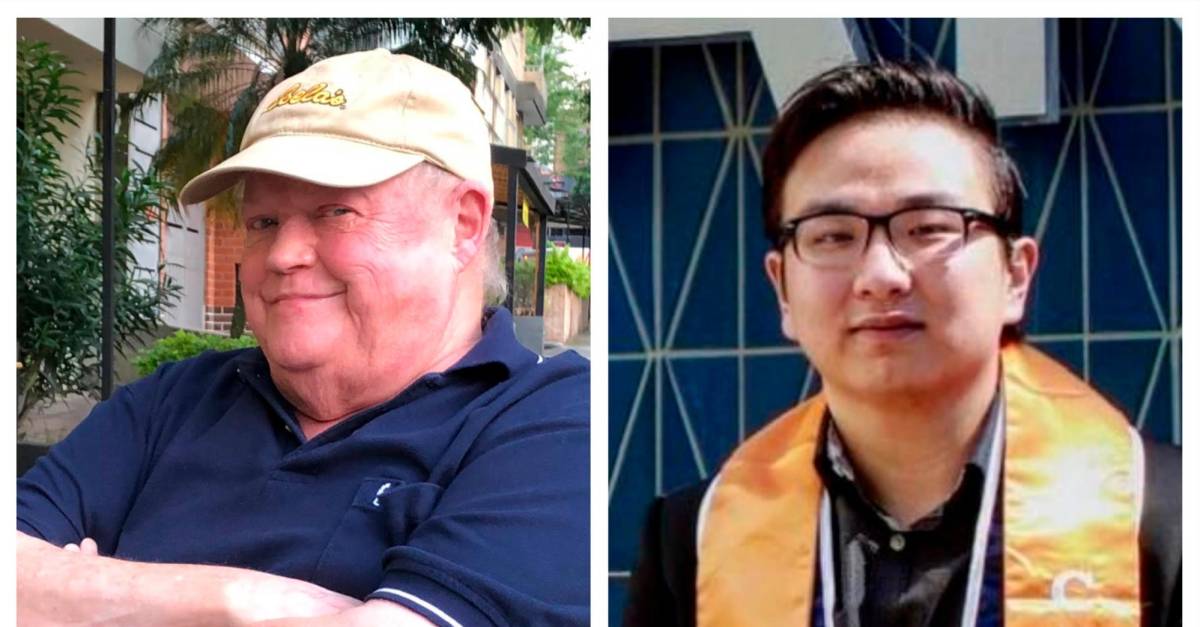 The recent death of two foreigners in Medellín shows the great risk faced by those who come to the city looking for entertainment, using, in many cases, of the contacts they make through social networks.

Taking advantage of the dollars, jewelry and valuables that foreigners carry on their trips, criminal networks fix their tentacles on them and lthey harass you with fake (or real) profiles to seduce them, drug them and in some cases steal their lives.

At least two of the nine victims of foreign citizens that have been reported this year in Medellín died under the influence of scopolamine, while five others have yet to determine the circumstances of their death and two others were listed as homicides. To this is added the murder of 45 Venezuelans in Antioquia, of which 26 were in Medellín.

Richard Even Clark from the United States and Paul N’Guyen from Thailand were the last two victims that added to the tragic list. Their relatives and friends denounced that they lost their lives while conversing with unknown women.

A date from which he did not return

Paul N’Guyen, a Thai who was based in the state of California, United States, I had come to Medellin for tourism and to make his walk more enjoyable, he contacted a woman through the Tinder social network.

On the night of November 10, the last thing that was heard from him was that he was in a commercial establishment in the company of a woman, of whom he recorded on his social networks. A few hours after uploading the photos He did not answer his messages, nor his telephone line.

One day later, on a street in the El Cucaracho neighborhood, northwest of Medellín, the lifeless body of a man was found, lying next to garbage receptacles. Since he had no documents, he remained as an unidentified body, but his physical features made us suspect that he was a foreign citizen.

People who knew him here began their search and when they arrived at Forensic Medicine they confirmed that Paul was dead. But the victimizers of him, meanwhile, they made purchases with their credit cardsat least two of them were registered in a warehouse in the Los Colores neighborhood, according to their relatives.

They drugged him with his friend

Not only is partying in the street dangerous for foreigners, the story of Richard Even Clark, a 72-year-old American, left the neighborhood of the Lorena neighborhood, in Laureles, moved. where he lived for four years.

A relative of the victim told EL COLOMBIANO that “the night of November 6 they arrived at his apartment, two women with face masks, who had visited before. It was the second time they had gone and, apparently, with the idea of ​​delivering the blow, ”he commented.

Richard received them along with another friend, who had better luck than him. “According to Richard’s friend, who was very close to him, they began to chat with them, eat and drink some intoxicating drinks. He later recounted that after a while he lost consciousness when they began to put oil all over the bodysimulating a massage, “said the relative.

When he woke up the next day, the scene brought him out of his lethargy: Richard was completely naked and without vital signs.. The two women they had contacted through social networks were not there, as were some valuables.

After Richard’s death, it was found that the women also took his credit cards. The residents of the Horus building remember him like an affable manof which they had no complaint in the four years that he lived there.

These two cases reveal the actions of criminal structures that They are focused on going after the trail of Colombian and foreign touristswho are interested in meeting women or men, depending on their preference, end up being victims of theft or sexual abuse.

According to the Medellín Security Secretariat, this year there have been 313 cases of personal theft37 home thefts and 23 cases of sexual offenses through the use of scopolamine.

Colonel (r) Ómar Rodríguez, operational undersecretary of the Medellín Security Secretariat, explained that “one of the modalities is the use of women who profile the victims. Another is the use of social networks by criminal groups that take advantage of them to meet people and find dates. Confident in their fun plans, foreigners go to public establishments and that is where they fall into the hands of these criminals.

The areas where they operate the most, according to the municipal authority, are public roads, with 21%while bars, discos and the like account for 18% of thefts with the use of scopolamine.

“The main points in the city where these thefts are recorded are Parque Lleras, the two parks in Laureles, Carrera 70 and the La 45 sector, in Manrique,” said Undersecretary Rodríguez.

The official assured that in most cases, these structures operate independent from the regime of organized crime groups already recognized in the city.

The form of supply of criminals to take away the will of their victims almost never involves supplying them with pure scopolamine. They always make use of other substances so that their victims lose their will and do not become aggressive.

“Generally it does not occur alone, but rather it occurs accompanied by other substances because it alone produces states of excitement. When given alone, pure, the patient it will turn red, hot and aggressive, but will have memory disturbances. But since the criminals do not want that person to become aggressive, because it would attract attention, they mix it with other types of substances or medications,” explained the clinical toxicologist at the CES Clinic, Julián Zapata Álvarez.

Blows to the bands

By action of the authorities in the last year three structures have been dismantled related to the theft with toxic substances, which have left nine captures

One of the most important captures was that of Juan Esteban Caro Yepes, who made himself known in the dating networks of the LGBTIQ+ community as “the Engineer”.

According to the records of the authorities, Caro Yepes earned the trust of her victims and gave them a substance in their drinks to steal valuables such as money, jewelry and even cars.

According to the records provided by the Prosecutor’s Office, this man had more than 50 complaints for this kind of theft since 2018. He accepted the charges for the crimes of qualified and aggravated theft of greater amount, in a homogeneous and successive concert and is already awaiting his sentence.

The second procedure against this crime it was against two men and a woman who were dedicated to profiling their victims and contacted them through social networks to then supply them with substances that made them lose consciousness.

The criminal gang Las Escopolaminas was also dismantled by the authorities, after they were captured. two men and three womendedicated to drugging their victims to steal their money through bank transactions.

According to toxicologist Zapata Álvarez, cases of poisoning with substances increase in december on behalf of the celebrations, as well as for the payment of premiums and other extralegal, in some cases.

Given this scenario, Colonel Henry Bello, operational deputy commander of the Metropolitan Police, pointed out that there is already a device of more than 1,100 men to avoid the types of theft in the city and guarantee the safety of visitors, the main objective of criminal gangs that use scopolamine as a weapon.

“We are making articulated plans, preventively in different sectors of the city, where we are giving recommendations to citizens. It was also arranged to send flyers in different parts of the city to prevent us from being victims of any criminal conduct where these substances are supplied to us,” said the officer. 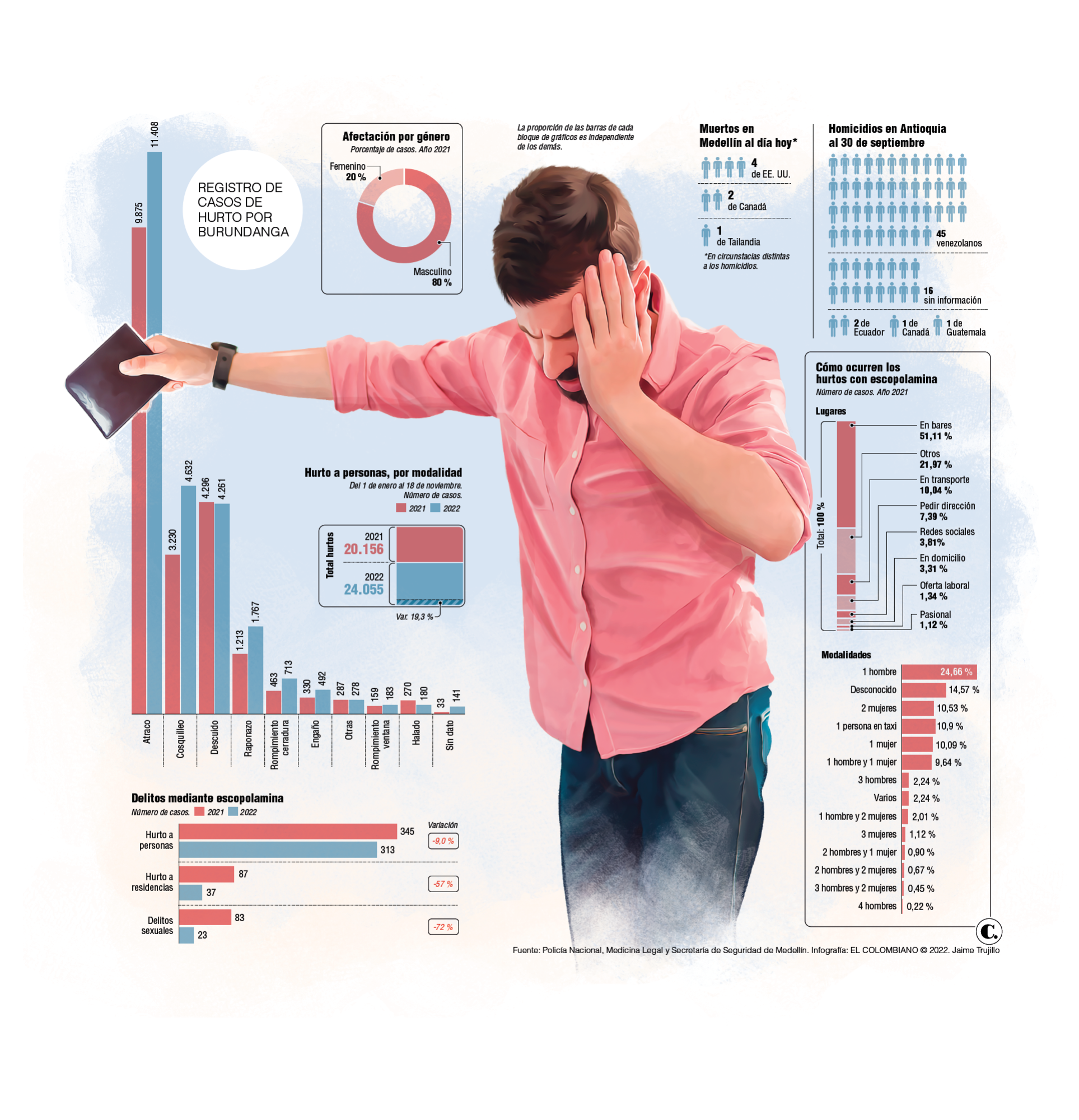 New Private Military Organization: Will Prigozhin’s Mercenaries Have Any Competition?