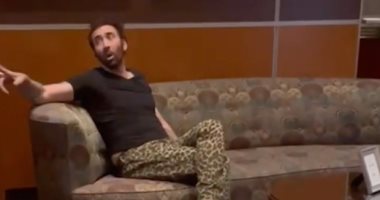 Barefoot and in an aggressive state and other details that eventually led to the arrest of the international Oscar star Nicolas Cage, in a famous restaurant in the US state of Las Vegas, the restaurant workers did not recognize the 57-year-old star.

After entering the restaurant, he took off his shoes and spoke loudly to the workers and told one of the workers that he did not have any shelter, and the restaurant workers revealed to the media that they did not recognize Nicolas Cage at first because of his clothes and aggressive style after he drank quantities of expensive whiskey and tequila, and when one of them recognized him, they called the police .

Recently, Nicolas Cage was hired to star in a movie Butcher’s Crossing It is an adventure based on John Williams’ novel, first published in 1960, about the rugged frontiers of the American West.