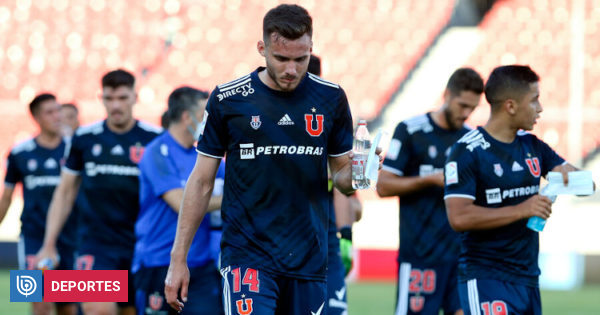 He is worried and does not hide it. Rafael Dudamel, technical director of Universidad de Chile, stoned the difficult moment of his team after the hard fall against O’Higgins.

The ‘blue’ cast was surpassed by the minimum count by the ‘celestial’ in the National Stadium, so they were even more complicated in the weighted table.

The ‘U’ remains third to last in the accumulated, according to the official ANFP table, so the risk of descending is intact.

“I have to admit that it is costing us. We are looking for different formulas to take the right path, I did not imagine that it would cost us so much ”, admitted Dudamel after the new fall.

“Game by game we have bursts of things that I want in the team, but very intermittently,” he added with self-criticism, stressing that “to achieve three points you have to have a more regular football.”

Regarding the defeat against Rancagua’s men, the Venezuelan strategist stated that “it was difficult for the team to start today and when we were able to obtain a greater dynamic we had a goal against and everything was already uphill.”

“I know that today we have not had a good game from the beginning, but I will discuss it with them,” he added.

Finally, Rafael Dudamel revealed what his recipe will be to try to get up from this complicated scenario: “We have to keep working, listen to the players and continue to strengthen ourselves … we can do much more, do much better ”.