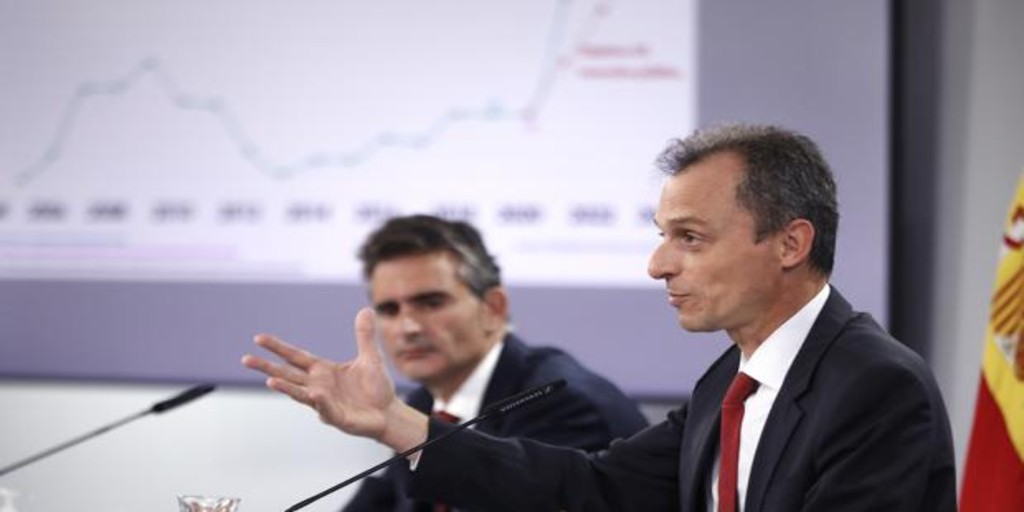 The Minister of Science and Innovation, Pedro Duque, has rated the your department’s 2021 budgets from “historic” and he has said that these are realistic accounts that the Spanish scientific system can absorb: “we have the people and we have the facilities, and those that do not, we are improving them.”

In a press conference to break down the accounts of his Ministry, which increased in the non-financial section by 60% -including European funds-, Duque has spoken of “a before and after” in the budget trend.

“The science and innovation system needs a big boost to be able to make much more appropriate decisions than the other time, when there was a crisis,” stressed the minister, who pointed out that a system like the Spanish one cannot be placed in a year to the height of Germany or the United States, but it is “a first step”.

For Duque, “it is the reasonable step to take at this time.” The important thing is the commitment of all so that “these steps are continuous” and are consolidated in the future: “it is necessary to make everyone understand from now on, to the leaders of the next five or ten years, that this evolution has to be long term“.

Necessary to maintain the welfare state

“What has to be done will have to be done”, but the budgets have to gradually reach the commitments of the European Union: the European Commission has recently set as a goal for 2030 that member states invest in total, between public and private, the 3% of GDP in R & D & i, and that public investment represents 1.25% of GDP; in 2018, latest consolidated data, public investment in this area in Spain was 0.52% of GDP.

If Spain does not reach these limits, “it will be very difficult to maintain the welfare state,” according to Duque, who also recalled that the pandemic requires a lot of effort from science and innovation.

“The whole system would have to be satisfied with these budgets, with the exception that this has to be sustainable over time” and in this sense – he has riveted – work is being done.

Taking into account only non-financial expenses -on which the research of public centers fundamentally depends-, the Ministry of Science will see its budget increase by 5.1% and adding European funds this increase is almost 60%.

Thus, the Ministry led by Duque will receive in 2021, according to the draft budgets, a total of 3,232 million euros (1,100 million from the European recovery and resilience mechanism).

Among the public research organizations that more funding will receive there is the Higher Council for Scientific Research (CSIC), to which 907 million euros (148 of European funds) are assigned.

He Geological and Mining Institute of Spain presents an endowment of 28 million (4 from the EU) and the Spanish Institute of Oceanography put its departure at 99 million, with an increase of 38 million due to the construction and equipment of a new ship.

He Instituto de Astrofísica de Canarias will receive an amount of 19.2 million (+89%), while infrastructures such as the National Supercomputing Center of Barcelona, ​​13.3 million (+129%).

The State Investigation Agency increases its non-financial budget to 826 million (from the previous 640 million).

The increase in the science budget is accompanied by a strengthening the capacities of the system and its operability, has detailed Duque; in this sense, he has mentioned joint R + D + i plans with the communities; greater flexibility in the legal regime of the agencies; support measures for technology parks; or the design of a new research career.

The figures of the financial budget (credits) that the Ministry will handle are the same as in 2020 (2,800 million) and this chapter will not receive European funds.