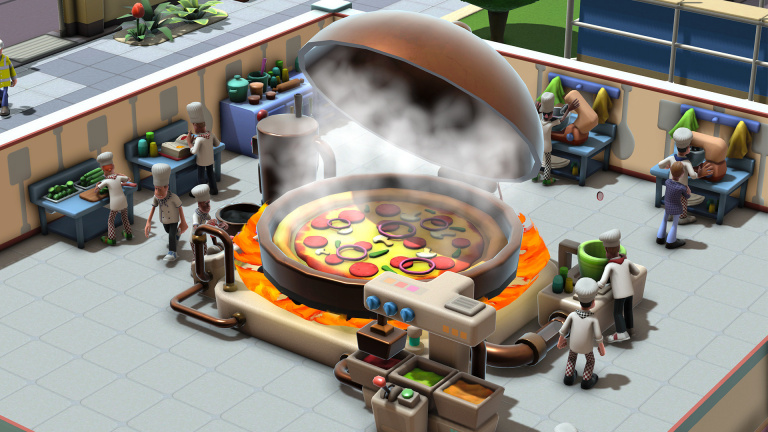 Unveiled prematurely on the Microsoft Store a few days ago, Two Point Campus presented itself in due form during the Summer Game Fest. Here is the first information on this wacky management game.

After Two Point Hospital, the British developers of Two Point Studios are therefore attacking the university. The unveiled trailer sets the tone: Two Point Campus will propose to create and manage a university campus where students have access to atypical courses such as “the school of chivalry” and “salivary gastronomy”, “which allows your students to design mouth-watering creations like giant pizzas and huge pies”, as Sega presents. It will also be necessary to recruit staff and ensure the well-being of students so that they develop their potential. See you in 2022 for the release on PC, PS4, PS5, Xbox One, Xbox Series and Nintendo Switch.