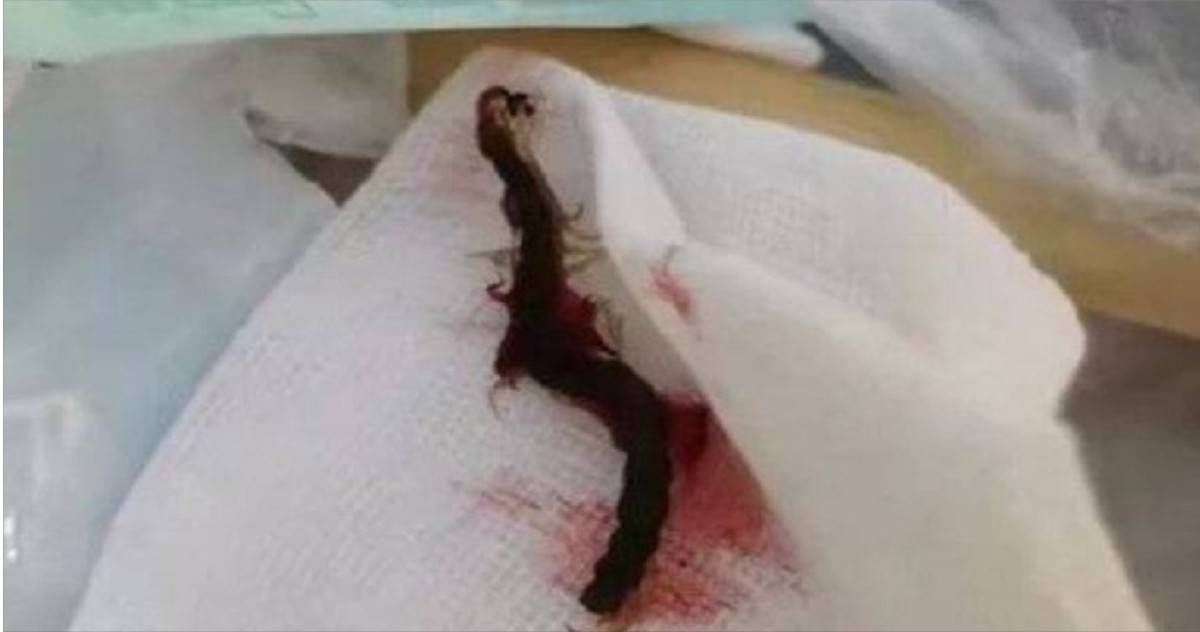 The doctor picked out a centipede from Li Nv’s ear canal. (Photo/Retrieved from Modern Express)

A woman surnamed Li in Lianyungang City, Jiangsu Province, China, suddenly felt a commotion in her ears a few days ago, and then suffered unbearable pain. She was so scared to ask her family for help. However, everyone tried all kinds of methods, but was unable to take out the foreign body, and finally had to go to the hospital for examination. Unexpectedly, the doctor took a look with professional equipment and was shocked to see that there was a 5 cm centipede hidden in the patient’s ear, which was still stained with blood when it was clipped out, and was shocked on the spot.

“Modern Express” reported that in the early morning of October 4, Li Nu was still asleep, and she suddenly felt a commotion in her ears, as if something crawled in. It was not a dream until she was awakened by pain. After she was sober, Li Nu hurried to wake up her family to help and check. The family looked for ear picks, tweezers, lights and ideas. As a result, they tried various methods, but they still couldn’t get out the foreign objects in the ears.

Ms. Li was shocked and frightened, and hurriedly asked her family to drive her to the emergency department of Lianyungang First People’s Hospital; Lin Qiuhong, an otolaryngology head and neck surgeon on duty that day, immediately performed an otoscope examination for the patient. It was unbelievable and found that there was something inside the ear. There is a live centipede. It is reported that the centipede in Li Nv’s ear is relatively large, about 5 cm long, and it constantly burrows in the ear canal, causing Li Nv’s ear to bleed a lot and the pain can be imagined.

Upon seeing this, the doctor hurriedly dripped paraffin oil into Li Nu’s ear canal to suffocate and adhere the centipede, so as not to stray in the ear canal. The oily substance can reduce the damage of the centipede to the skin and tympanic membrane of the ear canal and make it easier to remove. Two minutes later, Lin Qiuhong carefully inserted the tweezers into the patient’s ears and took out the big centipede. At this time, the centipede was completely immobile, and the whole body was covered with blood. The picture was quite frightening. Fortunately, after disinfection and other treatments, Li Nu was no more serious.

The doctor reminded that you should not be alarmed when you find insects crawling into your ears, and do not dig by yourself with an ear spoon, otherwise it may damage the tympanic membrane. It is recommended that the public can pour cooking oil, glycerin, sesame oil or ear drops into the ear canal first , Fill the external auditory canal with oil or water to suffocate the insects with hypoxia, or use alcohol, local anesthetics, and insecticides that are not toxic to the skin to anesthetize or kill them, and then go to the hospital for further observation and treatment.