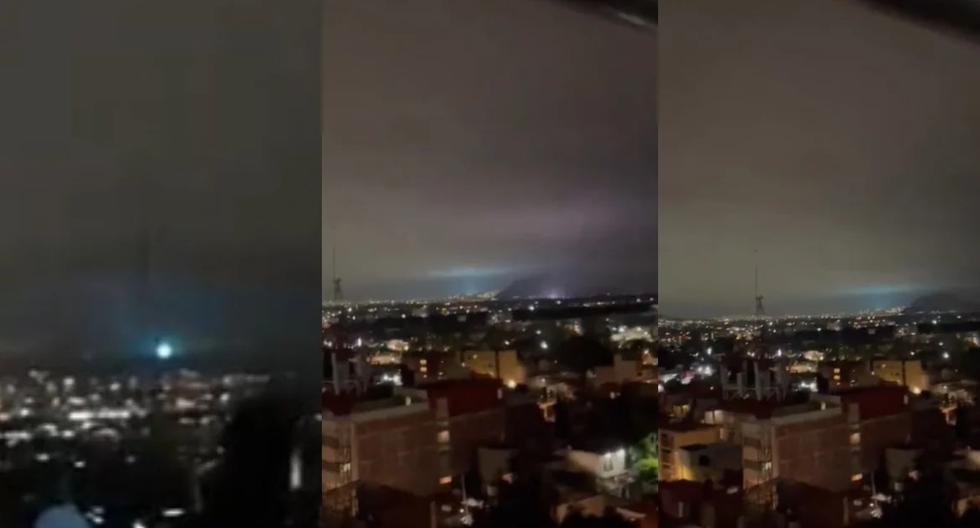 During the night, thousands of residents of the Mexico City (CDMX) they saw a phenomenon in the sky: lights like flashes.

MIRA: Earthquake in Mexico: What is the probability of three large earthquakes occurring on the same date?

This phenomenon was noticeable for the first time during the earthquake of September 7, 2017, days before the devastating one of September 19 of that year.

Science has an explanation for this phenomenon.

According to researchers at Rutgers University in the United States, Flashes of light occur because landslides near Earth’s geological faults generate an electrical charge.

They are known as “earthquake lights” and have been documented since the 1600s, says a report by the Seismological Association of the United States, as documented by the BBC.

Two days before the 1906 San Francisco earthquake, for example, a couple saw streaks of light along the ground. And in the case of Quebec, Canada, in 1988, a brilliant globe of pink and purple light was seen 11 days before the devastating tremor.

Lights in the sky

This Thursday, this is how the residents of CDMX captured the earthquake and the lights in the sky.

I had never seen the sky in a #earthquake and it’s horrible to see those lights. In #CDMX It felt very strong and we managed to see that everything moved very ugly in our apartment.

A hug to all, I hope you are well. Be united with your families. I have not been able to communicate with mine. pic.twitter.com/iWcY23Juwo

#ULTIMAHORA #WeHaveEarthquake
Again Lights in the sky with the #earthquake 😱😱😱

The intestinal microbiota of the French

Sharp increase in the price of pellets: “We come from Woluwe to buy us pellets in Marloie”