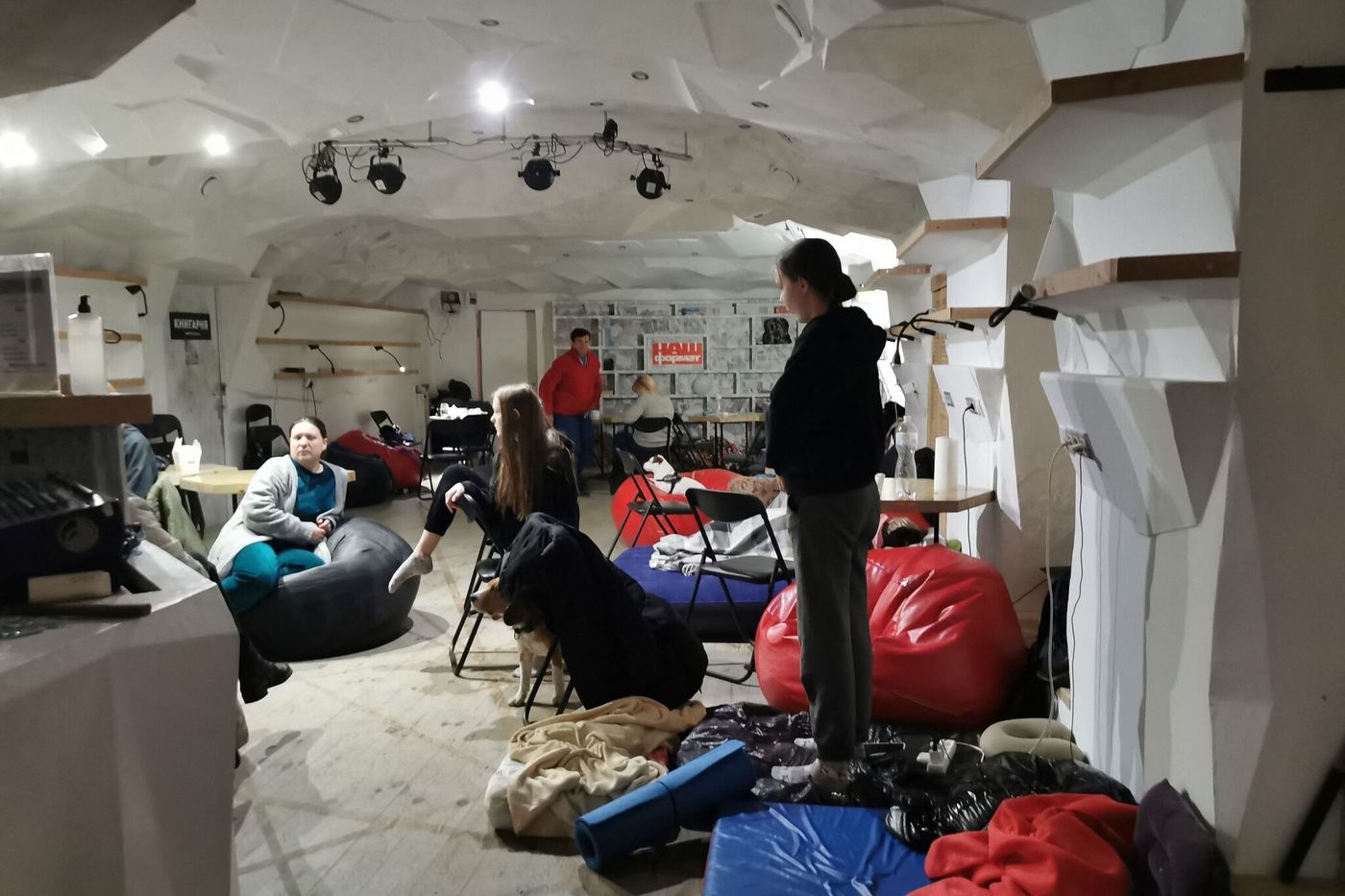 Stores closed, curfew in effect, deserted streets, daytime silence punctuated by the distant sound of artillery strikes and the oppressive echo of warning sirens: the Ukrainian capital was already taking, this weekend of February 26, the terribly characteristic aspect of a city under the threat of an invasion. A situation which is already generating its share of problems for the hundreds of thousands of inhabitants who have remained in the capital, while the Russian army is preparing for a major assault on Kiev.

Getting around, taking shelter or leaving the city are all issues that have suddenly appeared in recent days. Arthur, who tries in vain in the morning to open the doors of the Porte Dorée metro station in the city center, has to look for a means of transport to the bus station. The city’s deep underground has served as an air-raid shelter since the start of the Russian invasion. But the film student finds the doors closed this morning, as he tries to take a bus to his hometown of Odessa, in the south of the country.

→ THE FACTS. War in Ukraine: Westerners increase pressure on Moscow

The walk to the next metro station is done in quick strides, along a deserted boulevard alongside the city’s opera house. The Teatralna station, a few minutes further, is also closed. A man goes up the stairs leading to the entrance to the metro and gets angry: “They tell us to take refuge in the metro and they close the entrance! » Arthur will eventually manage to find an open metro station, a few more minutes further. An hour later, it will stop working, but will continue to house several thousand people fearing Russian bombardments.

The supply problem is less immediate but already occupies the minds of all the inhabitants who have remained, by constraint or by choice, in Kiev. In a small grocery store nestled in the basement of an apartment building, a cashier points out the store’s still relatively full shelves on the same day: “All you see here is all we have left, we haven’t received anything for two days. » First product to be missed, bread. It is also impossible to pay by card, and the ticket machines are already empty.

The fear of saboteurs

“I have $200 (€177) left in my account, but I can’t withdraw it, and I won’t receive money on my card until next week,” explains Irina, in the street, wiping away her tears. “It’s scary… at home, I still have potatoes, carrots, onions. The most important thing is water…” she reflects, aloud whereas in normal times, the inhabitants of the capital avoid drinking that of the tap. Like Irina, everyone now checks their supplies daily.

Irina holds in her hands two bottles of soda and a packet of biscuits, bought in a nearby supermarket where, at the same time, a queue of a few dozen people are growing impatient. Through the crack of two glass doors, a guard repeats that the supermarket has just closed, urges residents to come back on Monday, shakes his head from side to side when a man tries in a low voice to convince him to let him buy some products. “We don’t know what we want to buy because we don’t know what they have left, but we need bread,” explains a woman next to him.

When the glass doors open, it is to let out four police officers carrying plastic bags filled to bursting with food. The uniform is that of wartime: thick bulletproof vests, assault rifles slung over the shoulder and, more unusual than ever, a strip of yellow tape tied to the arm. “To identify yourself”, explains, laconic, one of them.

Across the city, the fear of “saboteurs”, Russian agents in civilian clothes or wearing a Ukrainian uniform, is palpable. In front of the supermarkets, the disappointed inhabitants disperse. It is already 4 p.m., and the hour of the curfew has, this very day, been brought forward to 5 p.m. After that time, authorities warned, anyone on the street will be considered a Russian saboteur.

The light says goodbye to February marking, the highest price of 2022