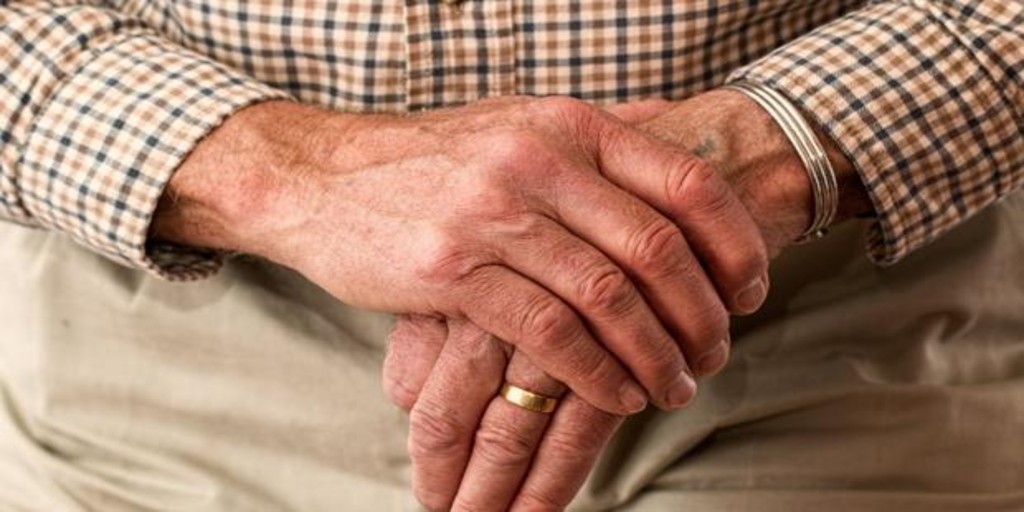 Aging is a physiological process defined by the accumulation of negative changes They occur in both cells and tissues. Advances in the field of medicine have made it possible to prolong our life expectancy. But they have also increased the prevalence of age-related diseases.

There have been several theories that have been postulated with the aim of explaining this process and, incidentally, finding how to slow it down. In this sense, the human being in general and the scientific community in particular have shown a special interest in finding the formula of eternal youth since centuries.

In this stage, calorie restriction It is the intervention that has been shown to be most effective in prolonging the life expectancy of different organisms.

This intervention consists of reducing caloric intake (between 20 and 40% of daily caloric intake), but covering the needs of all nutrients (without malnutrition).

Thus, it has been described that caloric restriction is effective in increasing the life expectancy of flies, rodents and monkeys.

However, the clearest and most widely studied example of the effect of caloric restriction on longevity is that of the inhabitants of the island japonesa de Okinawa.

In this case, when studying the possible reasons that justify the high incidence of centenarians that inhabit that island, it was observed that the nutrition of these people had specific characteristics. Epidemiological data showed that, naturally, these people lived with a calorie restriction of between 10 and 15%. This nutritional characteristic would justify the greater longevity and the lower rate of own diseases of the old age that was observed in these people.

But why? Regarding the mechanisms involved in the effects of caloric restriction on longevity, it has been proposed that said intervention produces a “metabolic adaptation”.

This adaptation produces a lower metabolic rate (energy expenditure per unit of time at rest), an improvement in the efficiency of energy expenditure at rest and a lower production of reactive oxygen species. This, in turn, is related to less oxidative damage in organs and tissues.

On the other hand, caloric restriction also activates autophagy, a process in which defective proteins, organelles and aggregates are eliminated from the cytoplasm, protecting cell functionality.

But the benefits of calorie restriction go beyond prolonging life expectancy. In fact, it has been described that this intervention produces beneficial effects in different metabolic diseases and promotes “healthier” aging.

In this sense, it seems obvious that caloric restriction will be especially beneficial in individuals with obesity. However, it has also been seen to produce metabolic benefits in healthy or non-obese subjects.

For example, it helps reduce body weight (mainly in the form of fat), reduces circulating levels of pro-inflammatory intermediates (such as tumor necrosis factor alpha), and lowers blood levels of glucose, triglycerides, and cholesterol, as well as blood pressure. .

Similarly, it has been described that caloric restriction reduces inflammation of the central nervous system, a process involved in the development of neurodegenerative diseases.

This effect would be mediated, among others, by the reduction of blood glucose and circulating levels of advanced glycation end products, increased parasympathetic activity or the activation of anti-inflammatory signaling pathways.

On the other hand, it should be noted that caloric restriction modulates the composition of the intestinal microbiota (enriching it in beneficial bacteria), which in turn would alleviate neurodegeneration. In this sense, the gut-brain axis would be mediating this neuroprotective effect of caloric restriction through neuroendocrine and immune pathways.

Thus, the composition of the microbiota derived from caloric restriction gives rise to a greater production of neurotransmitters and their precursors (such as serotonin and tryptophan) and microbial metabolites (such as short-chain fatty acids) that, once the barrier is overcome hematoencephalic, have a neuroprotective effect.

In the same way, the intestinal microbiota also sends signals directly to the brain through the vagus nerve, which is believed to be related to inflammation in the brain, as well as the response to stress and mood.

What if there were compounds with the same effects as caloric restriction?

Despite the scientific evidence regarding the benefits of caloric restriction on different diseases, the reality is that this type of intervention is not usually very popular and tends to have low adherence.

For this reason, in recent years the concept of “calorie restriction mimetics” has gained weight. They are a class of molecules or compounds that, in principle, would mimic the anti-aging effects of calorie restriction in many laboratory animals and humans.

These molecules induce effects similar to those produced by caloric restriction (mainly protein deacetylation and activation of autophagy), but without the need to reduce caloric intake.

There are mimetics of natural calorie restriction, among which polyphenols (such as resveratrol), polyamines (such as spermidine) or non-steroidal anti-inflammatory drugs (such as acetylsalicylic acid) stand out.

Synthetic calorie restriction mimetics have also been developed and have been shown to be effective in reducing body weight and improving insulin resistance in genetically obese mice.

These molecules act mainly by inhibiting the PI3K protein pathway, which activates anabolism and nutrient accumulation (among other things). It remains to be seen whether the promising results that have been described in animals are also maintained in humans.

In view of the currently available data, it is clear that, beyond extending life expectancy or not, calorie restriction can help us live and age better. In addition, ongoing advances in the development of calorie restriction mimetics could help bring the benefits of this intervention to more people.

Originally posted on
The Conversation.es

the forgotten terror that Kiev has brought back to memory

“We want to continue on this momentum”, assures Henry Chavancy (Racing 92)